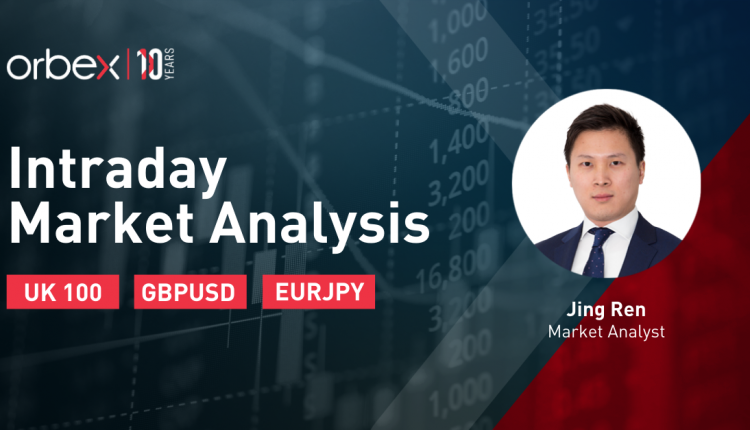 Recent sell-offs across global markets have barely scratched the FTSE 100, probably thanks to the advanced rollout of the vaccine campaign and fewer tech high-flyers as its components.

The index has been consolidating within a pennant on the daily chart. After a rebound from 6470, the price is trying to establish a foothold above 6550, the closest support.

6735 is the supply zone on the upper band of the narrowing range. A continuation breakout might occur but until then this is range-traders’ playground.

Improvement in the US labor market has given the greenback a lead.

The Bank of England’s Governor’s speech today might be the intraday catalyst traders are looking for. The pair is testing the 30-day MA on the daily timeframe which is also a short-term support level (1.3780).

As the RSI shows signs of overselling, a rebound is likely. However, bulls will need to break above the falling trendline (1.3950) to turn the tide, or bears might continue to push towards 1.36s.

The Japanese yen has gone sideways ahead of the GDP release tonight. The previous high and psychological level of 130.00 seems too much to digest and the market needs a reason to make a breakout.

The latest retreat is pushing the RSI towards 30 near an oversold condition. Though the overall trend remains bullish as per rising trend lines on both hourly and daily charts. Buyers are likely to be waiting around the support area of 128.50.

The Week Ahead: Asset Relocation