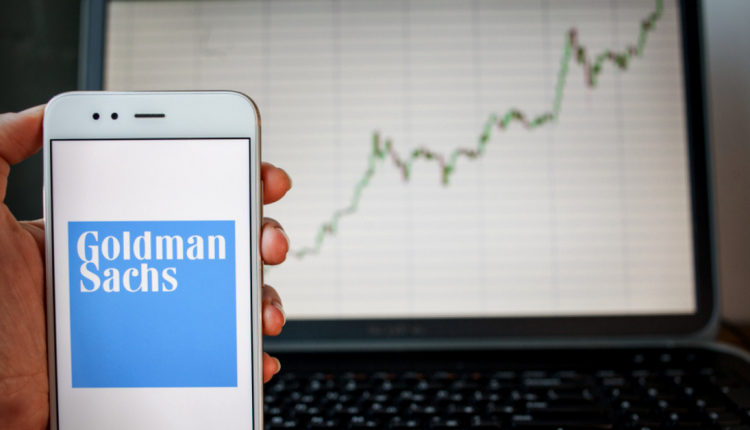 Shares in iconic US bank Goldman Sachs are trading a little lower ahead of the market open on Tuesday.

The bank has seen a strong rally this year with price recovering from the February lows around 275.71 to trade higher by 25% to around the 339 mark.

As with other large banks, Goldman has benefitted from the uptick in US treasury yields this year. This has allowed it to increase its lending rates to businesses and institutions.

It is fair to say that the bank has truly weathered the storm of the pandemic.

In Q4, the bank reported earnings per share of $12.08, almost double the $7.45 Wall Street was looking for. Net revenues were also much higher than expected at $11.74 billion.

Additionally, the bank surpassed expectations on its full-year results as well. Goldman reported earnings of $9.46 billion on net revenues of $44.56 billion.

Goldman announced this week that a Japanese renewables company within its portfolio is now up for sale.

The group, JRE, which is owned jointly by the US bank and the Singaporean sovereign wealth fund GIC, is expected to receive a huge amount of European interest.

Big players include Shell and RWE who are looking to expand their green assets.

The company builds renewable energy products and has around 400 megawatts of solar, onshore wind, and biomass capacity ready for utilization.

Goldman has also recently announced that it will be re-entering the cryptocurrency markets.

The bank will be restarting its trading of digital currencies, following prior cessation of activities in that area. This comes amidst the record rise in bitcoin over the last year.

Notably, Goldman has said that a large portion of the demand responsible for the rally in the leading digital currency has come from institutions, not private traders as is typically reported by the media. 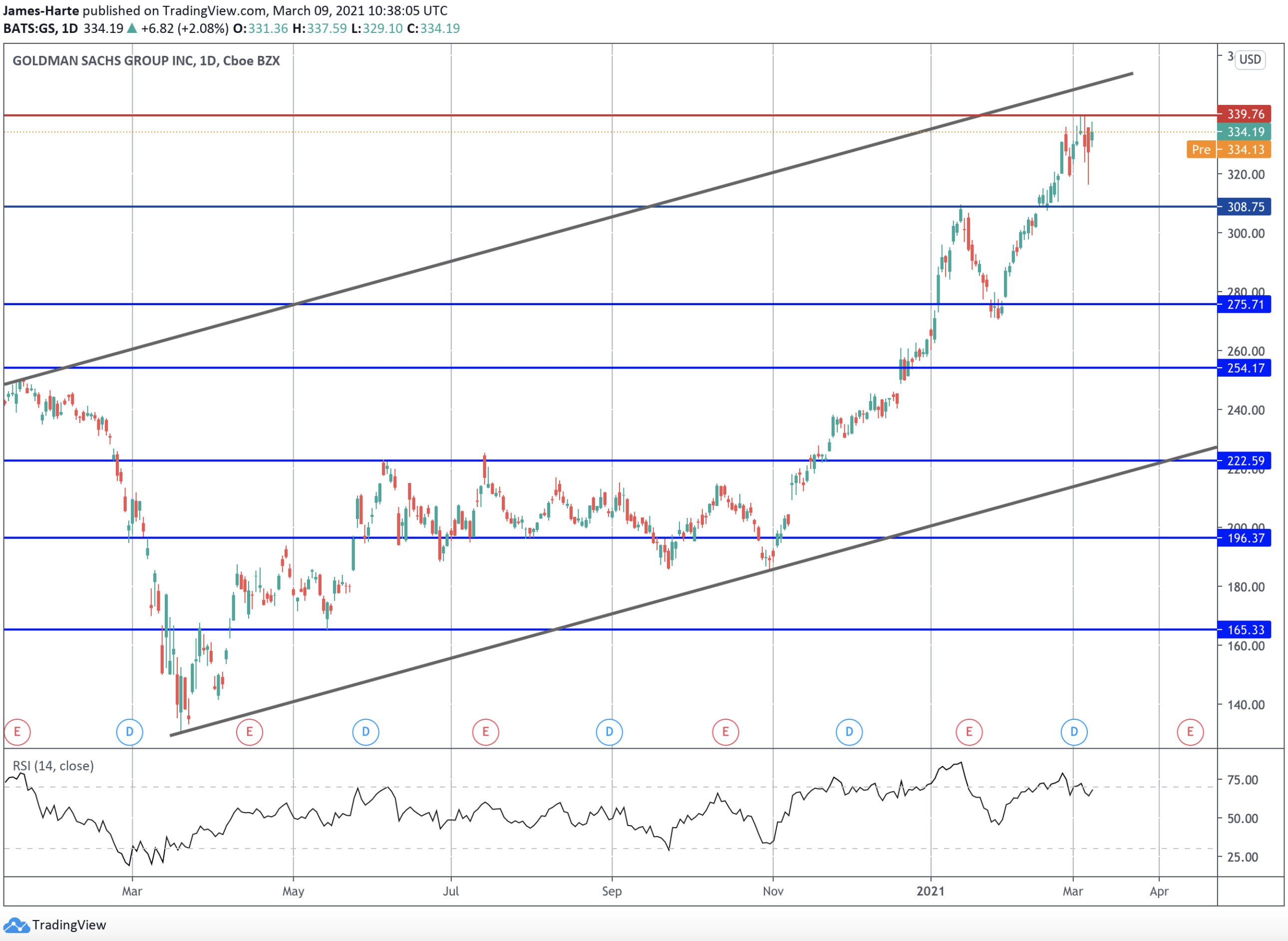 The rally in Goldman’s stock price this week has seen shares blowing above the 308.75 level to trade up to highs around the 339.76 level, just ahead of testing the channel top.

While price holds above the 308,75 level, the focus is on a further push higher. However, it is worth noting a strong bearish RSI divergence here which could see a correction for the bank’s share price.