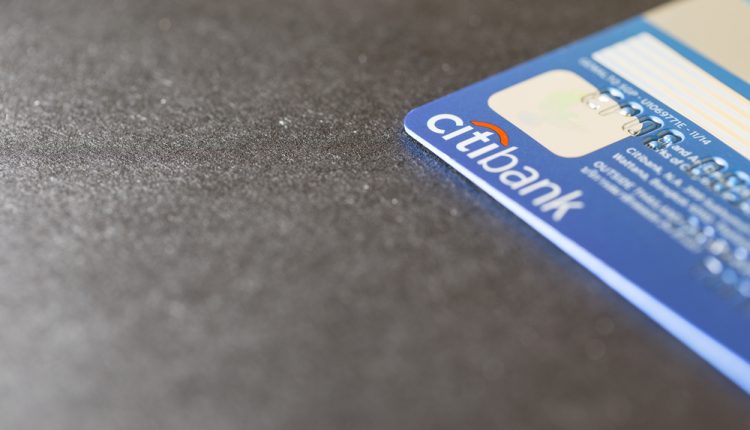 Shares in Citigroup are trading a little lower ahead of the US open on Wednesday. The company’s shares have been sliding over recent days, correcting from the highs around 76, and are now trading back under the 72 level.

The group has been on a firm uptick recently, as with most of the banking sector, amidst the ongoing rise in yields which is leading to higher lending rates. However, shares have come off over the last week as yields pull back a little from recent highs amidst the surge in the US dollar which has been rallying on a flight to quality.

Citi’s new CEO Jane Fraser has been in the spotlight this week over her decision to ban zoom calls for company workers on Fridays.

Fraser said the move is designed to help alleviate the pressure of the “relentless pandemic workdays” and help combat the “zoom fatigue” that many of her staff have complained about.

In an internal memo which has since been seen by UK newspaper The Guardian, Fraser said:

“I know from your feedback and my own experience, the blurring of lines between home and work and the relentlessness of the pandemic workday have taken a toll on our wellbeing.”

In the memo, Fraser went on to say:

“After listening to colleagues around the world, it became apparent that we need to combat the ‘Zoom fatigue’ that many of us feel, so I overcame my initial resistance to this idea. We are a global company that operates across time zones, but when our work regularly spills over into nights, very early mornings, and weekends, it can prevent us from recharging fully, and that isn’t good for you nor, ultimately, for Citi.”

The move is the latest in a series of adjustments seen in major banks in response to employee complaints about working conditions.

Citi has not yet said whether its staff will return to offices full-time or utilizing more flexible working conditions like Deutsche Bank announced. 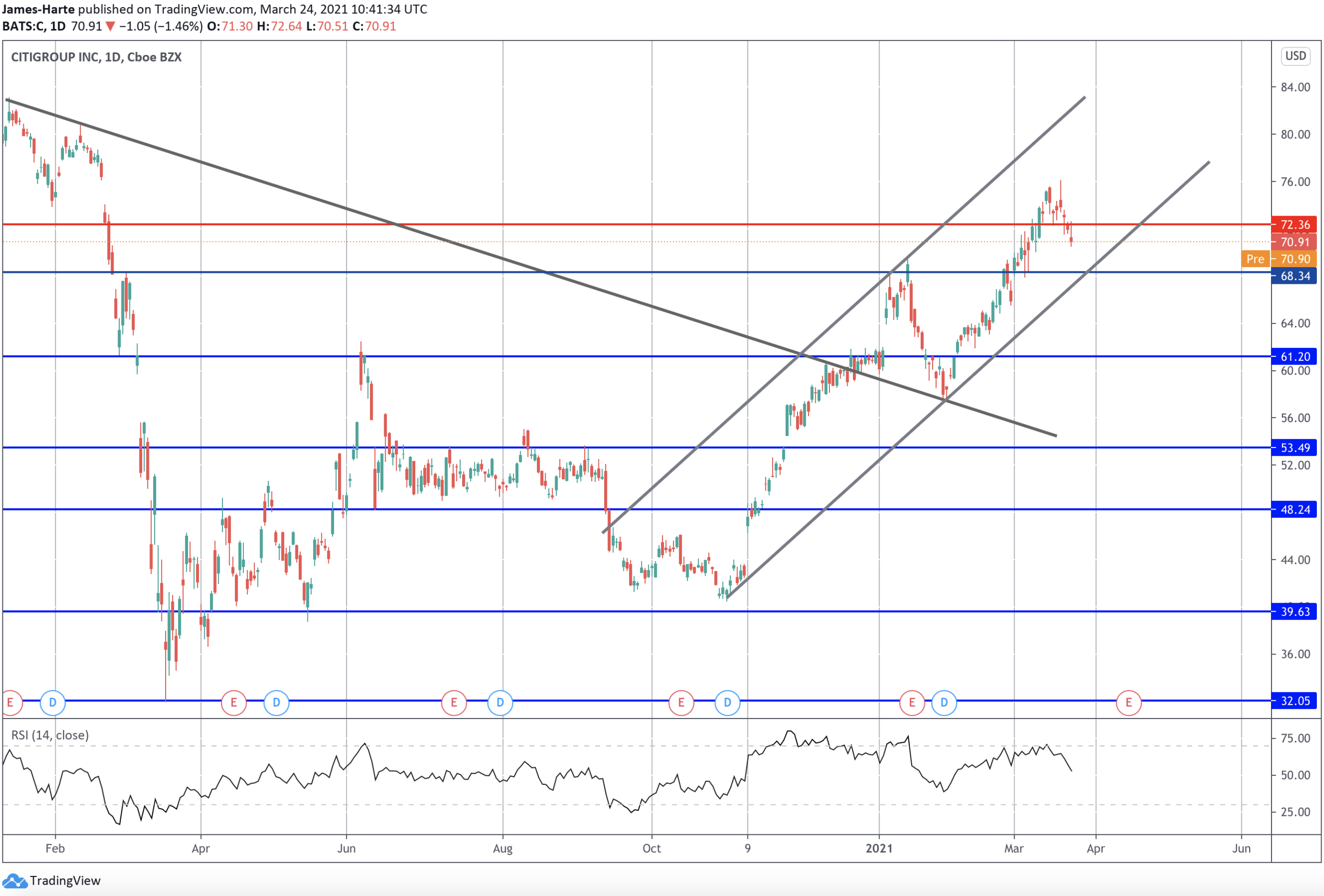 Following the breakout above the bearish trend line from 2020 highs, Citi shares have traded higher in a tight bull channel. However, the rally met selling pressure into the recent 76 highs with price since reversing back under the 72.36 level.

For now, the move is corrective while the channel low and 68.34 levels hold. However, should price fall back under that level the next support is down at the 61.20 region.