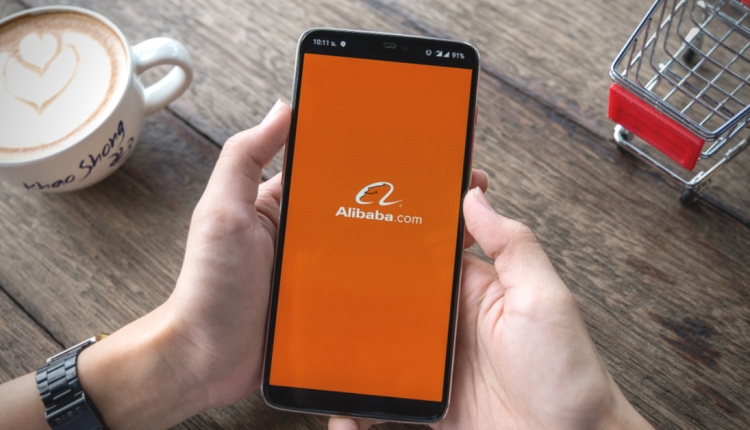 Shares in Chinese tech firm Alibaba are continuing to slide today, trading lower ahead of the market open on Tuesday.

Following an initial rally over January which saw shares climbing off the December 2020 215 lows to highs around 274, Alibaba shares have since slipped by 13% over February.

They are now trading back down at the 241 level as of writing.

The driver behind the move has been the return of US/China political tensions. These come as a result of the Hong Kong Stock Exchange announcing that stamp duty payable on listed stocks would now be stepped up from 0.1% to 0.13%.

Alibaba has had plenty of negative press over recent months. This is due to the clash between founder Jack Ma and the Chinese government over Ma’s criticism of Chinese regulatory practice.

Despite the controversy, however, Alibaba continued to perform strongly across 2020. Its online shopping sales boomed amidst the social restrictions and lockdowns.

However, the clash with Chinese regulators and the government as a whole is causing some notable issues for the company.

Alibaba has halved its investments in startups over the last four months. This followed its fintech affiliate group Ant being forced to postpone its public listing in the wake of regulatory issues.

The government has accused Alibaba of antitrust violations and monopoly tactics as a result of its tactic of buying up promising startups. From November to February, the group’s investments in startups averaged around $2.7 billion. This is down from the $6 billion seen in the same period a year prior.

In addition to the government blocking of Ant group, Alibaba also faces heavy fines. These are both as a result of the company’s alleged antitrust and pricing laws violations as well as the ongoing investigations into the company and its practices. 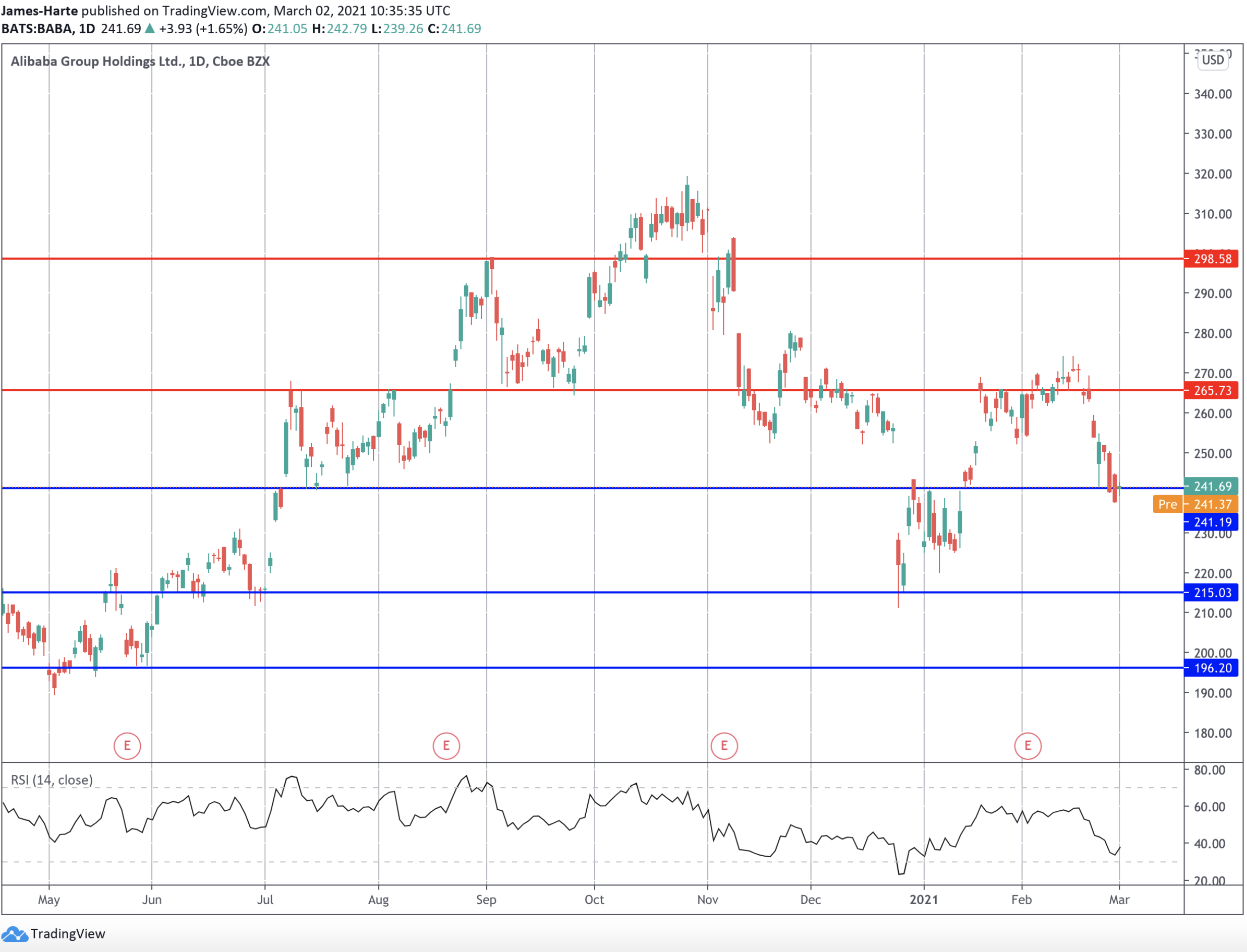 The current sell-off from the 265.73 level looks to be confirming the head and shoulders pattern we previously projected.

Price is currently testing the 241.69 level support which, if broken, will open the way for a move down towards the 215.03 level next.

A break of this could pave the way for a much deeper reversal in Alibaba towards the 196.20 level next. Bulls will need to see price back above the 265.73 level to alleviate the near-term bearishness.