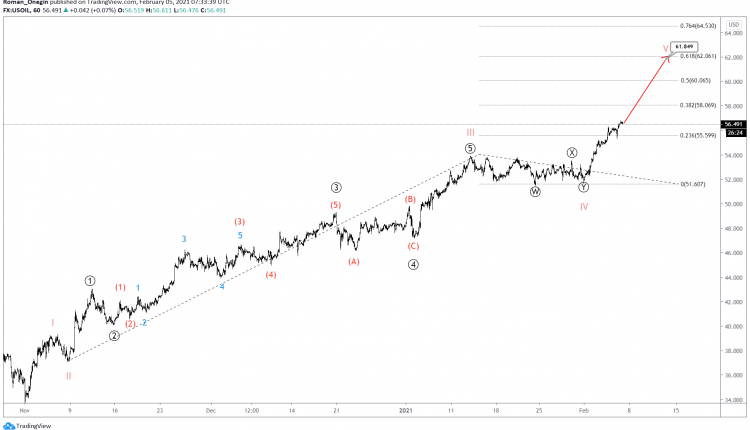 The USOIL structure looks at waves I-II-III-IV-V which suggests a bullish impulse.

Currently, correction IV of a cycle degree, in the form of a double zigzag, has recently ended.

Now a cycle wave V is forming, which can complete the entire bullish trend near 61.84.

At that level, wave V will be at 61.8% of the Fibonacci extension of cycle impulse III.

However, an alternative look shows impulse wave III may be more extended in its structure, completing near the 56.70 area. 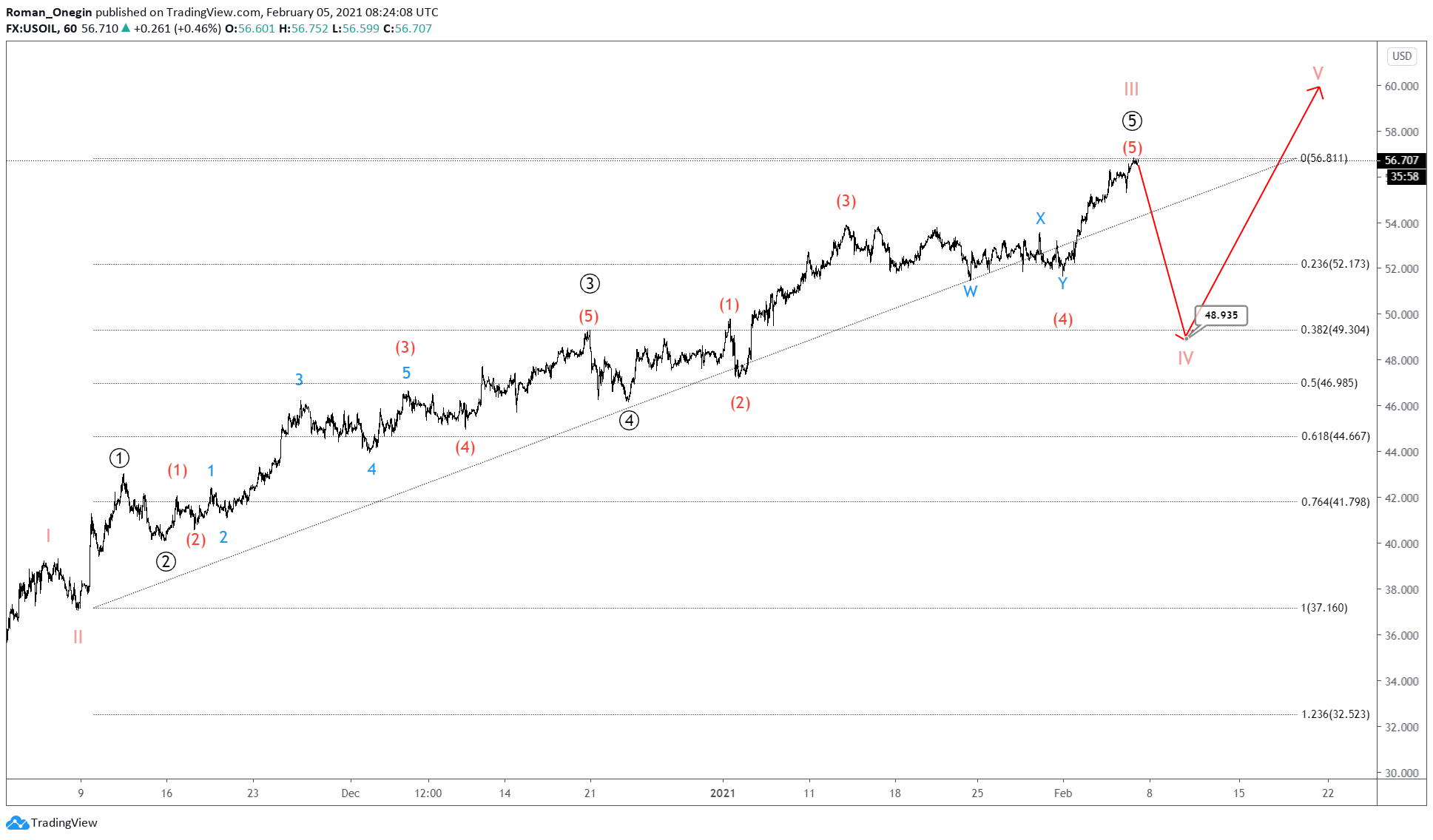 In the near future, we could expect a corrective decline in the price in the cycle wave IV. It is likely to end near 48.93. At that level, it will be at 38.2% of impulse III.

After the completion of this correction, bulls could again push wave V above the maximum formed by wave III.