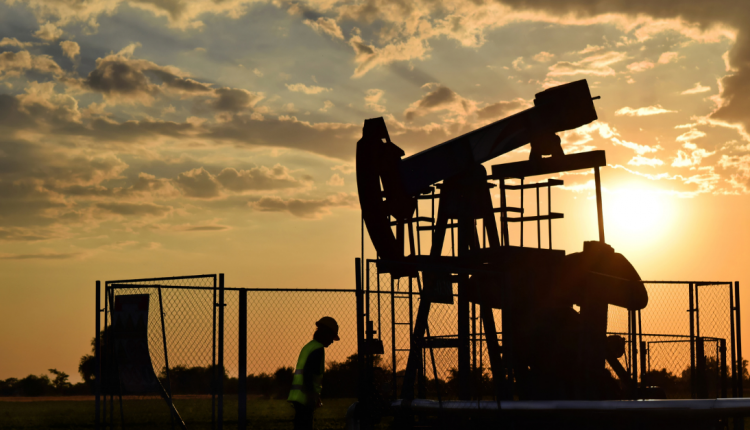 Crude oil prices have broken out to fresh one-year highs this week as the market continues to derive demand amidst the ongoing bullish sentiment across risk assets recently.

With traders focusing on the US economic recovery, the prospect of large, imminent fiscal easing, and the progress within the vaccination effort, traders have been bidding up equities and commodities.

Oil prices have been a firm beneficiary of this bullish sentiment.

The rally in crude oil was helped this week by the latest report from the Energy Information Administration.

The EIA reported that in the week ending February 12th, US crude stockpiles fell by a further 7.3 million barrels. This was far deeper than the 2.4 million barrel decline the market was looking for.

It also marks the seventh consecutive week of drawdowns in US crude stores. With total US crude inventories now down at 461.8 million, commercial stockpiles are at their lowest level, nationally, since the pandemic began.

The downward move was largely linked to the big fall in inventories at the country’s largest delivery hub in Cushing, Oklahoma.

There, stocks fell by 3 million barrels. Interestingly, the report covers the period just before a major storm gripped parts of Texas, New Mexico, and surrounding areas.

This suggests that the next report will likely show a further drawdown.

Despite the drawdown in headline crude stocks, the report showed that gasoline stores actually rose again, continuing the recent trend.

The category, which includes diesel and heating oil, came in lower by 3.4 million barrels. This was more than double the 1.6 million barrel drop forecast.

In terms of gauging demand, the report showed that the total products supplied number averaged 19.8 million barrels per day over the last four weeks.

This was down 2.4% from the same period a year earlier. And it shows that demand is steadily creeping up in oil as the number continues to close in on last year’s figures. 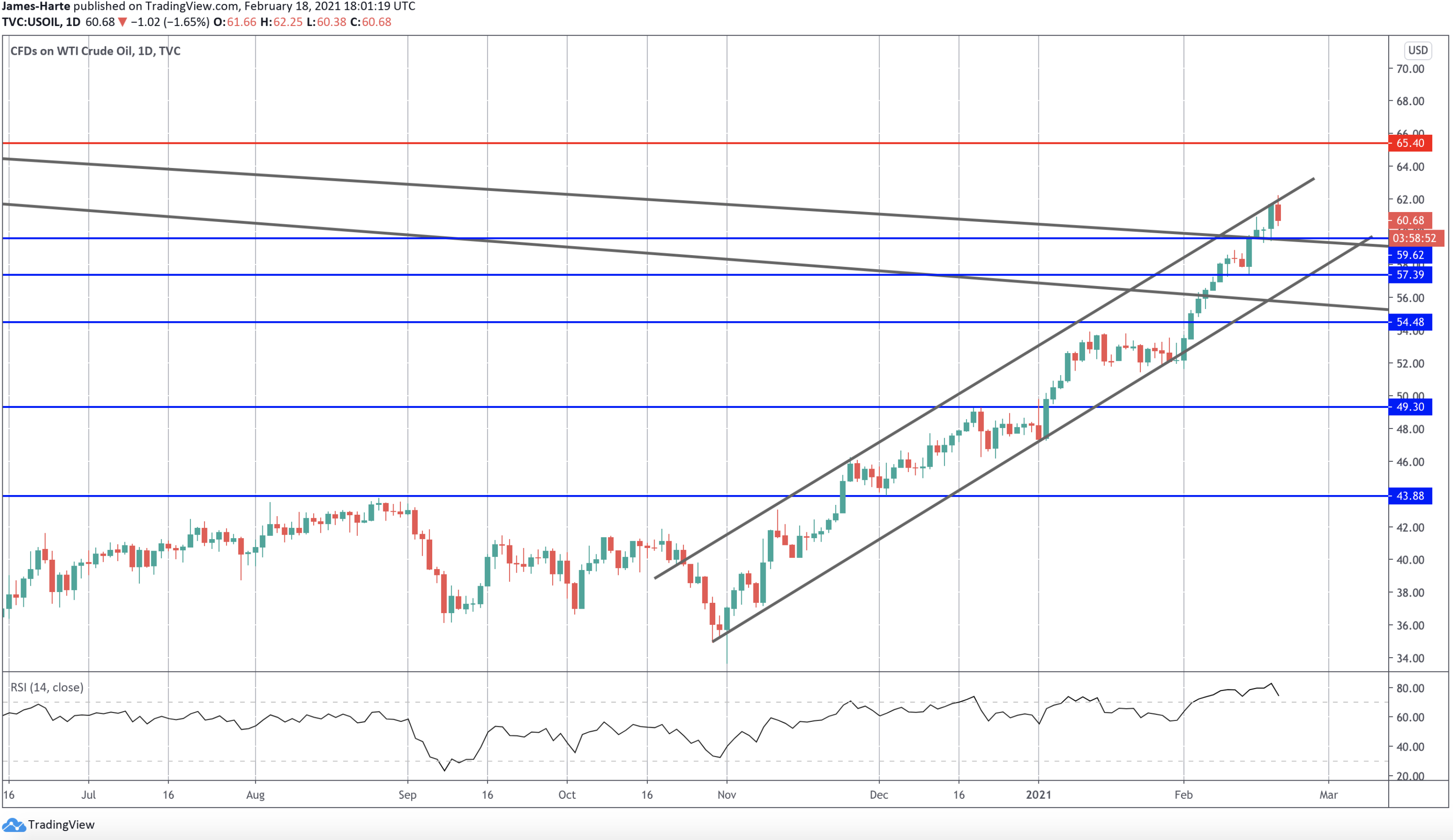 There has been an important technical development with crude oil prices this week. The market broke above the bearish trend line from 2014 highs and the 59.62 level.

While price holds above the trend line, there is room for further upside. Price is currently testing the top of the local bullish channel. And though some retracement is likely, the near term target remains the 65.40 level.