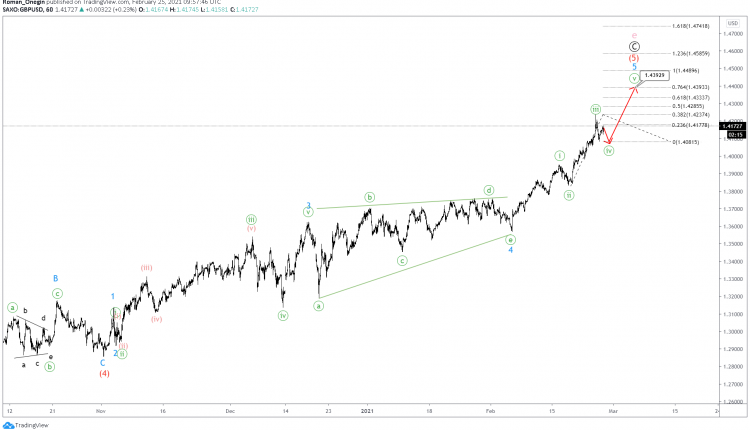 The GBPUSD currency pair shows the formation of a large cycle triangle.

As part of the bullish impulse wave Ⓒ, a small correction wave 4 recently completed. This took the form of a skewed triangle, after which the price growth continued in minor wave 5.

After the completion of a small fourth correction of the minute degree, we expect prices to extend up in the minute fifth wave to the 1.439 area.

At that level, this wave will be at the 76.4% Fibonacci extension of minute third impulse. 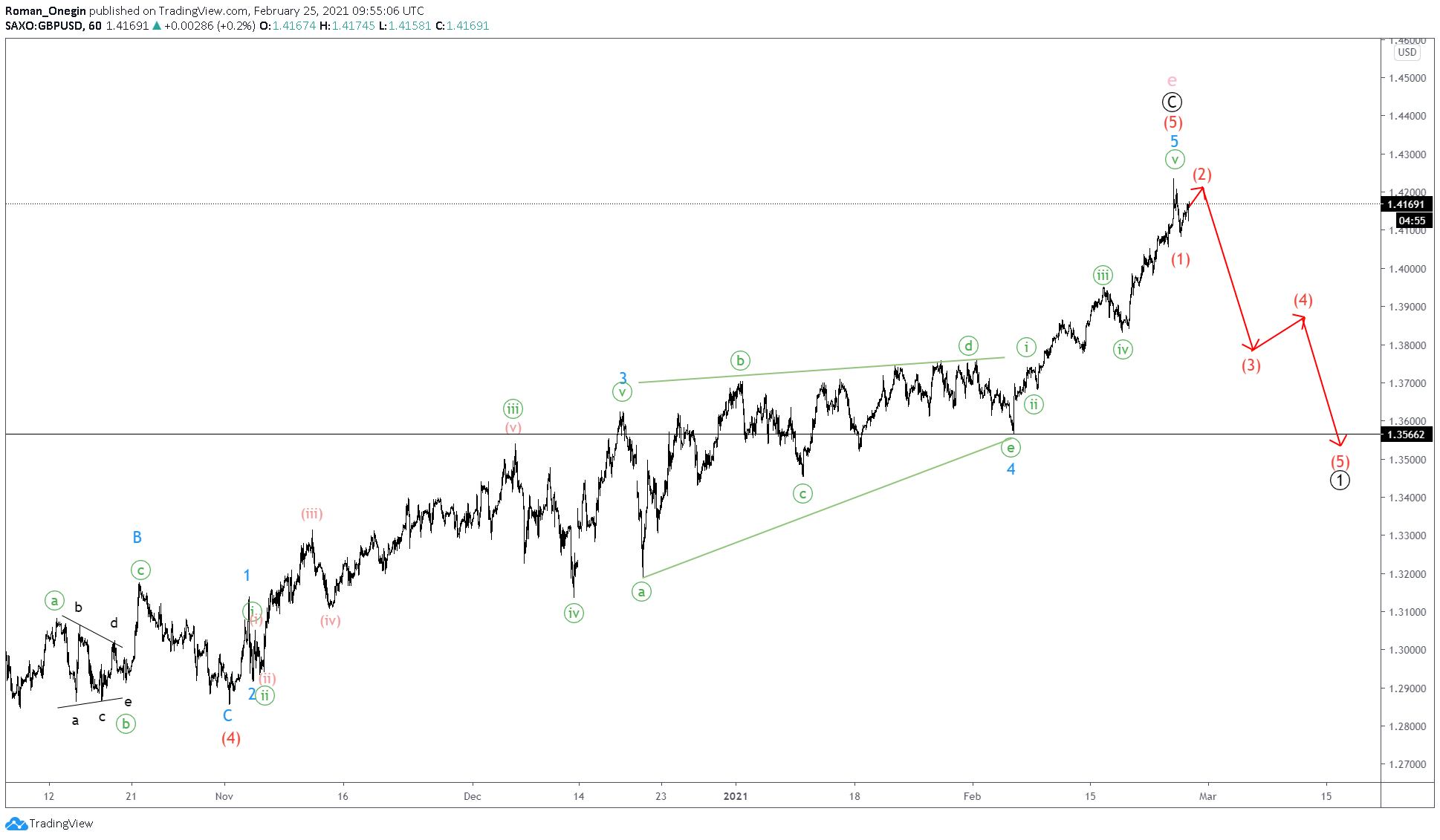 There is also the possibility that the cycle triangle has been fully completed. Therefore we are currently at the beginning of a new trend.

This will be confirmed if the downward move of the market continues.

Finally, the price could decline slightly below the previous low, formed by the minor correction 4 below 1.356.

USDCAD Has The Minute Correction Ended?