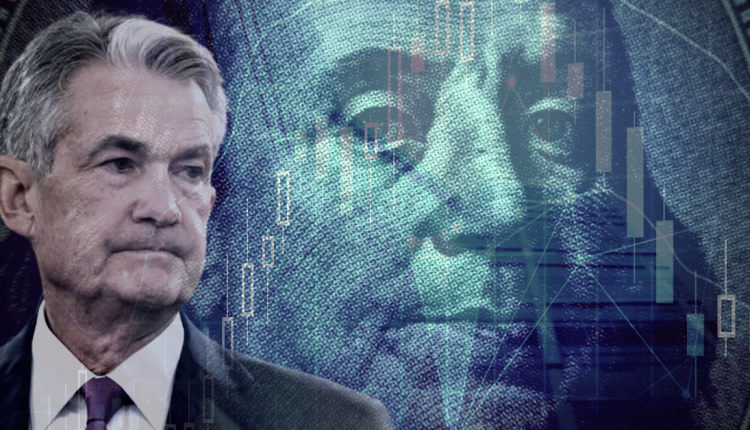 The dollar has been trending to the downside, particularly since the new covid vaccines have been announced.

As the economy recovers, one typically does expect safe havens like the US dollar to depreciate a bit. But there are several issues that make it especially likely, which is why there are so many analysts and economists predicting a weaker dollar at least for the next few months.

One of the reasons can seem somewhat counterintuitive. And it certainly goes against what many traders might see as common wisdom: inflation.

If inflation is expected to increase, then we could also expect the Fed to raise rates. Higher interest rates translate to a stronger dollar, right?

I mean, there was this whole thing for years where Trump was pushing for lower rates to weaken the dollar.

Why would we expect a weaker dollar if the Fed is more likely to increase rates?

To fully answer this question, we have to take a peek into bond markets.

When it comes down to it, it’s the interest rate paid on government bonds that provides the swings in the value of a currency, and particularly the dollar. Bonds are relatively long-term investments.

Sure, you can buy and sell them at any time, but the value of a bond is determined by how much of a return on investment it pays over its lifetime. With bonds being measured in years, that means the depreciation caused by inflation needs to be taken into consideration.

Not all money is the same

If the bond pays, for example, 2% interest, and inflation is at 1.5%, it means that the real rate of return on the bond is just 0.5%. This makes it a less attractive investment.

When market makers move money from one currency to another, they don’t just leave it in cash. They buy bonds, which have all the advantages of cash, but also pay interest. It helps offset inflation.

Monetary policy works by allowing inflation to rise, lowering the rate of return on bonds, so people are encouraged to seek investment return in other assets. Like the stock market.

When bond yields go down, therefore, we can expect the currency to be less valuable. This is because big investors are less likely to buy bonds in that currency.

But if the Fed raises rates, then bond yields increase

That’s right, and that’s why raising rates strengthens the currency (usually). But the US is in a particular situation.

All the deficit spending (which might total up to $8.0T by the end of the year) traditionally is expected to push up inflation. Meanwhile, the Fed has said they will tolerate somewhat higher inflation in order to help the economy get on its feet.

So, if the interest paid on bonds stays the same, but inflation increases, then traders are faced with the reality that the real interest rate is actually negative.

If you are buying T-bonds that pay, for example, 2% interest, but inflation is 3%, you’re actually losing 1% a year on your investment.

It’s about the pace of rate rising

The Fed can counter this by raising rates. But, the thing is, they are very, very reluctant to do so.

Inflation is not a matter of decision. It will rise depending on the underlying economic factors. With a 40% increase in the monetary base, expectations would be for inflation to grow. Especially with the Fed signaling that they are less willing to address higher prices.

The end result is that if inflation rises faster than interest rates, then the net effect is that yields go down. Lower yields mean investing in the dollar is less attractive.

If the inflation rate goes from 1.4% to 2.4%, but the Fed raises rates only 25 basis points, then the net result is that real yields have dropped 0.75%

The Fed’s hands are tied

Higher interest rates are always interpreted by the market as a sign that the Fed is on a raising cycle. And they typically slow down the economy as capital costs increase.

That’s usually the point of raising rates; to cool an overheating economy and reduce the chance of a bubble forming.

But, inflation is expected to pick up over the next several months. The economy is likely to still be shaky, and unemployment relatively high. So, the Fed likely won’t raise rates.

On top of that, they’ve said they’ll tolerate inflation as high as around 3.0%, which is over double what it is now. In other words, inflation can cut yields by as much as 1.6% over the next several months before the Fed even thinks about raising rates.

In the bond world, that’s a really big swing

Just 0.25% of change is enough to radically shift the bond market and change the course of the currency. So a whole percentage point is quite a radical change that could significantly disrupt capital flows.

Combine that with an increased appetite for risk, there is a strong case to suggest that a lot of market makers will be selling dollars over the coming months.