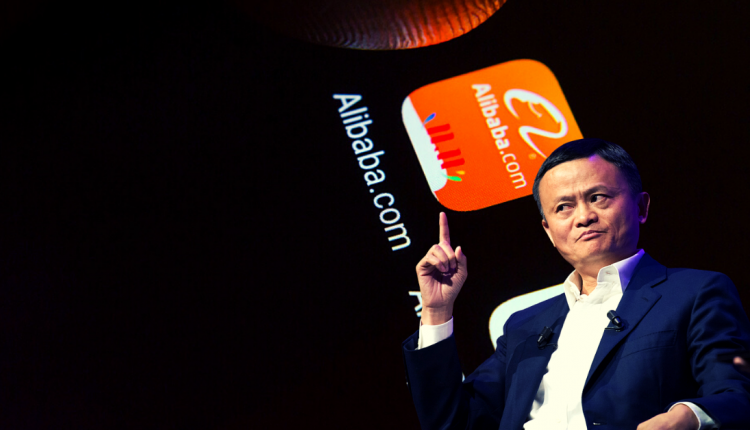 Shares in Chinese tech company Alibaba are trading a little higher pre-market on Wednesday. The company’s share price has been on a recovery mission over recent months. Following the steep declines from the 2020 highs around the 320 level which saw price falling as low as 215 by December, shared have since recovered to around the mid 250s.

The company reported a solid set of Q4 earnings this week with earnings per share of $3.41, beating estimates for a $3.21 EPS. Revenues were also higher over the quarter at 221 billion yuan, beating estimates for a 214 billion yuan figure. This marked a 37% annual jump in revenues for the company despite the recent controversy around founder Jack Ma.

The Alibaba head has fallen foul of the Chinese government in recent months over his criticism of Beijing and government regulators. Since clashing with the government, Ma has remained largely out of the spotlight. However, despite this, Alibaba’s sales have exploded over recent months, leading to better results in Q4.

The company’s cloud computing business has also soared over recent months delivering 16.11 billion yuan in revenues. This is a 50% jump on the prior year.

“Our cloud computing business continues to expand market leadership and show strong growth, reflecting the massive potential of China’s nascent cloud computing market as well as our years of investment in technology.”

During the earnings release, the company also addressed the controversy regarding the government’s crackdown on Ma and the company as a whole. Last year, Chinese regulators began investigating Alibaba over claims that it carrying out monopolistic practices. The main complaint was that Alibaba allegedly forces sellers to pick one e-commerce platform instead of granting them the freedom to use both.

Commenting on this, Alibaba said it has set up a special unit to run regular internal reviews and said that it:

“will continue to actively communicate with the SAMR on compliance with regulatory requirements.” 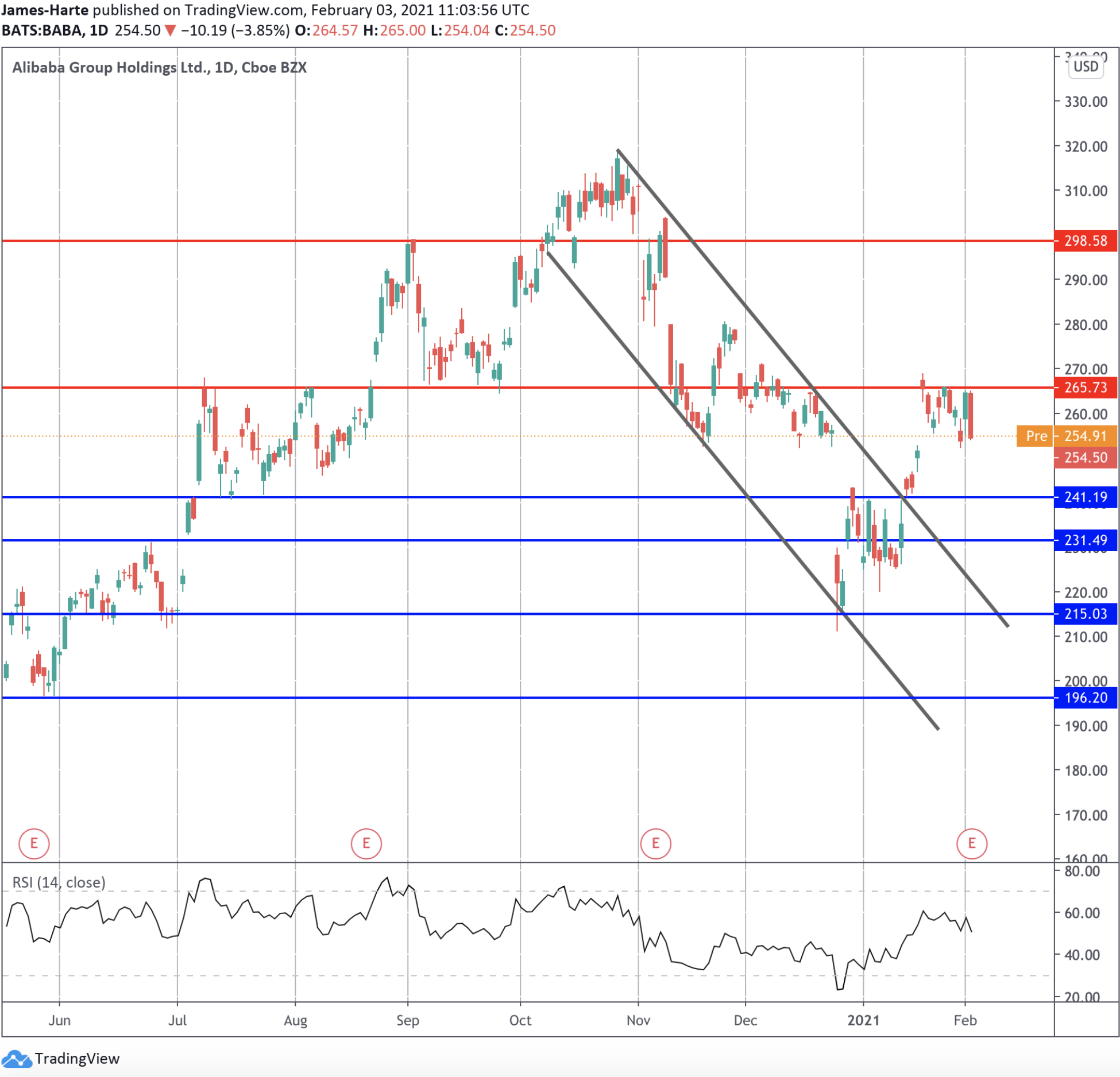 Following the rally off the 215 level support, price has since broken back above the 241.19 level and has broken above the bearish channel from 2020 highs.

Price is currently testing the 265.73 level, which is holding as resistance for now. While this level holds, we could be seeing a head and shoulders pattern developing which would suggest the likelihood of further downside in the medium term.