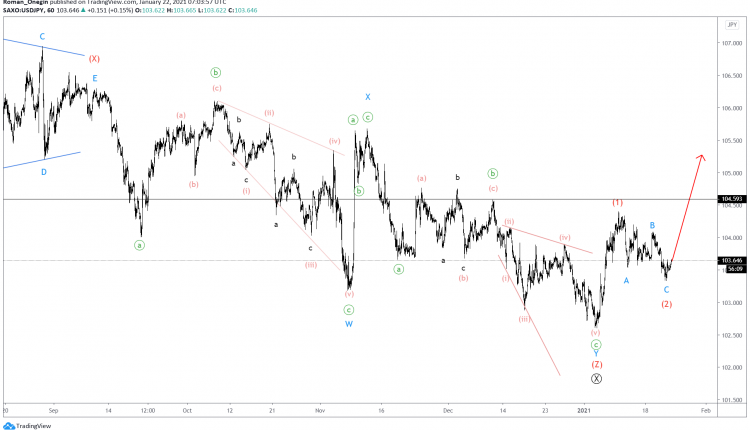 The current USDJPY structure hints at the formation of a primary double Ⓦ-Ⓧ-Ⓨ zigzag.

The bearish intervening wave Ⓧ completed its development, taking the form of a triple zigzag of the intermediate degree.

With the intermediate correction wave (2) coming to an end, which is a signal for bullish growth in impulse (3).

In the near future, we can expect prices to rise above the maximum of 104.59, formed by minute correction ⓑ. 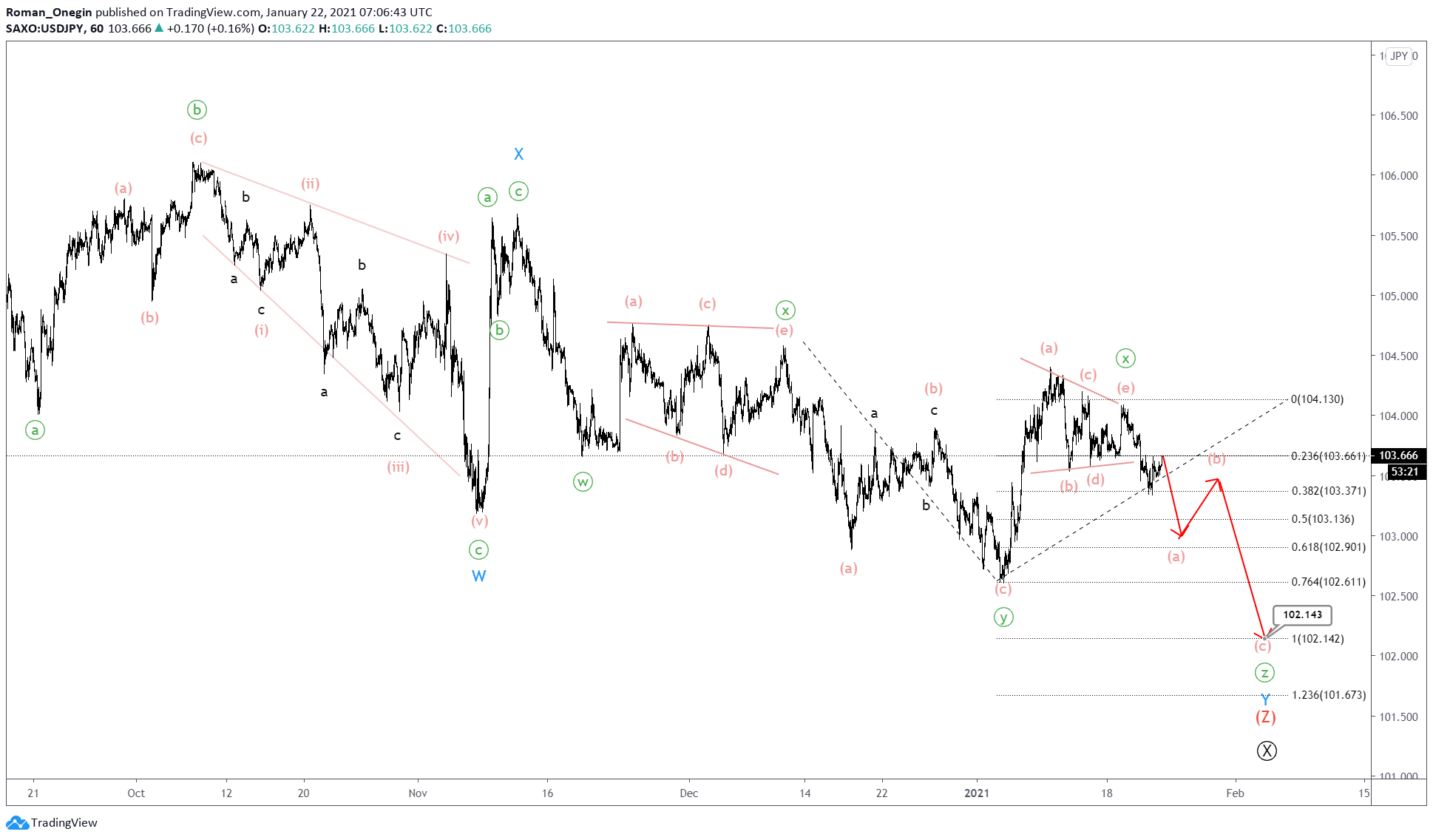 An alternative scenario shows the primary intervening wave Ⓧ is not yet complete, which could lead to a decline.

The final wave ⓩ of the minute triple zigzag is likely to form another simple zigzag similar to the zigzag ⓨ. The minuet sub-waves (a)-(b)-(c) show the future structure of wave ⓩ.

Prices in the specified zigzag could decline to 102.14. At that level, waves ⓩ and ⓨ will be equal.