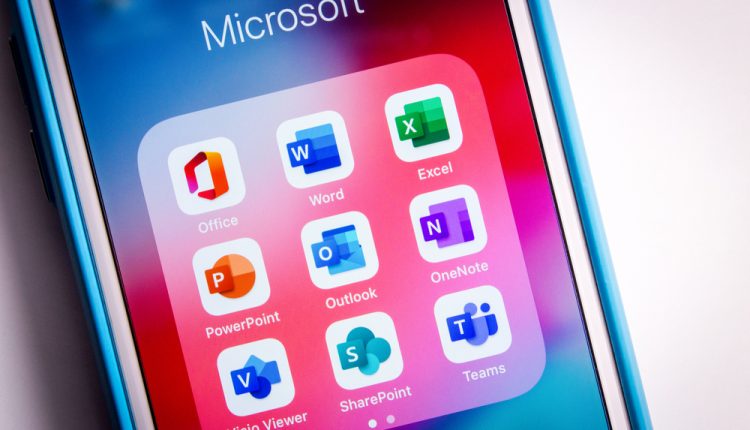 Shares in Microsoft are trading a little higher ahead of the US open on Monday. The company’s stock price was broadly higher over recent months though price action has been choppy. As of writing, Microsoft shares are still off the 2020 highs recorded above the 230 level in September.

The company has been grappling with a series of issues recently. The most notable is a bug within the Microsoft 10 operating system. It caused users’ computers to continually reboot.

Microsoft identified the problem as being due to the Local Authority Subsystem Service crashing, forcing a restart of the user’s computer. The LASS program is responsible for security policy and keeping the security log updated. The program also logins and passwords.

The company has recently warned users about the need to upgrade operating systems. It was last year that Microsoft ended support for Windows 7. They informed users that they needed to upgrade to Windows 10. However, according to the firm, a number of users still work off the old operating system which exposes them to security risks and threats.

Following the flagging of the program, Microsoft announced a few days ago that it had fixed the issue. It was linked to users updating their operating systems. Microsoft has now applied an update block to affected programs and devices to curtail the damage.

The operating system issue comes hot on the heels of issues with several of Microsoft’s biggest applications. Gmail, Slack, Zoom, and Teams have all experienced outages over recent weeks.

Traders will now be looking ahead to the company’s Q4 results, due on February 3rd. Wall Street is looking for earnings per share of $1.64. In Q3, Microsoft’s earnings surprised to the upside with an EPS of $1.82, beating estimates for a $1.54 EPS. 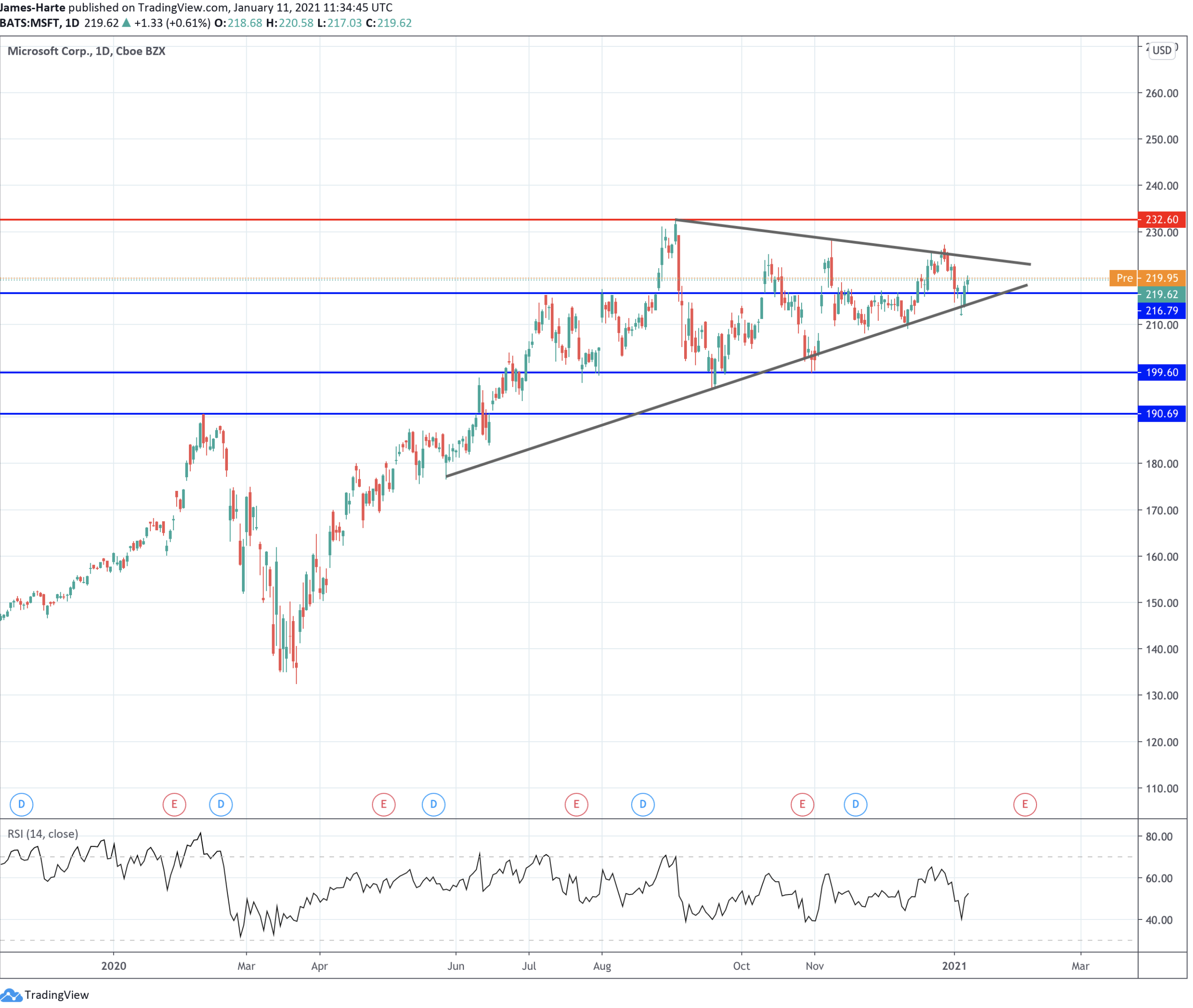 Shares in Microsoft continue to trade within the contracting triangle pattern which has framed price action since the 2020 highs. Price is broadly trading a range between the 199.60 and 232.60 levels and has recently found demand at the 219.79 level.

This keeps the focus on further upside in the near term. The pattern can be viewed as consolidation within the longer-term bullish trend. While price holds above the 199.60 level, prospects are favorable. Should price slip back below that level, the next support to note is down at the 190.69 region.