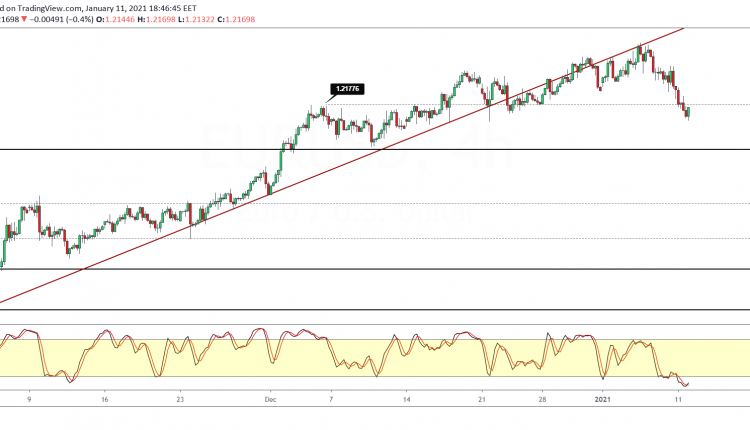 The euro currency is posting declines for the third consecutive day. As a result, the common currency fell to a four-week low intraday before recuperating some of the losses.

The broadly stronger greenback has pushed the EURUSD lower, which has been pending a correction for quite a while. For the moment, the euro is seen consolidating near the 1.2177 level.

With the Stochastics oscillator currently oversold, there is scope for prices to post a rebound. The longer-term hidden bullish divergence could however see price making an attempt to push higher.

As long as the previous highs of 1.2343 holds, we expect the overall trend to remain flat.