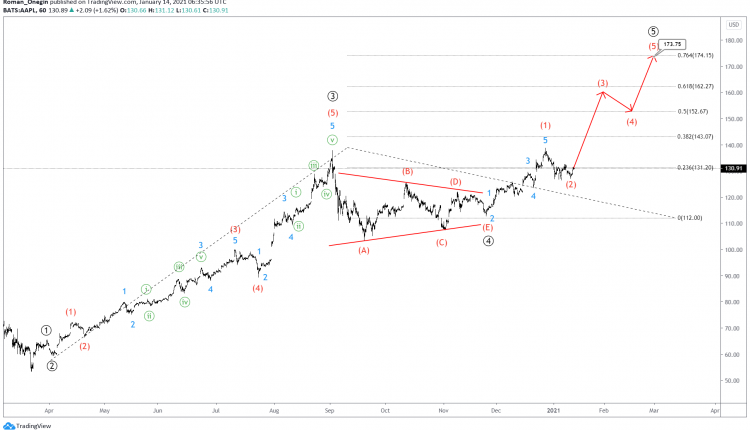 The current AAPL structure hints to a ①-②-③-④-⑤ impulse of the primary degree.

Horizontal wave ④ ended, taking the form of a contracting triangle. The construction of the impulse wave (1) and the bearish correction (2) is also complete. 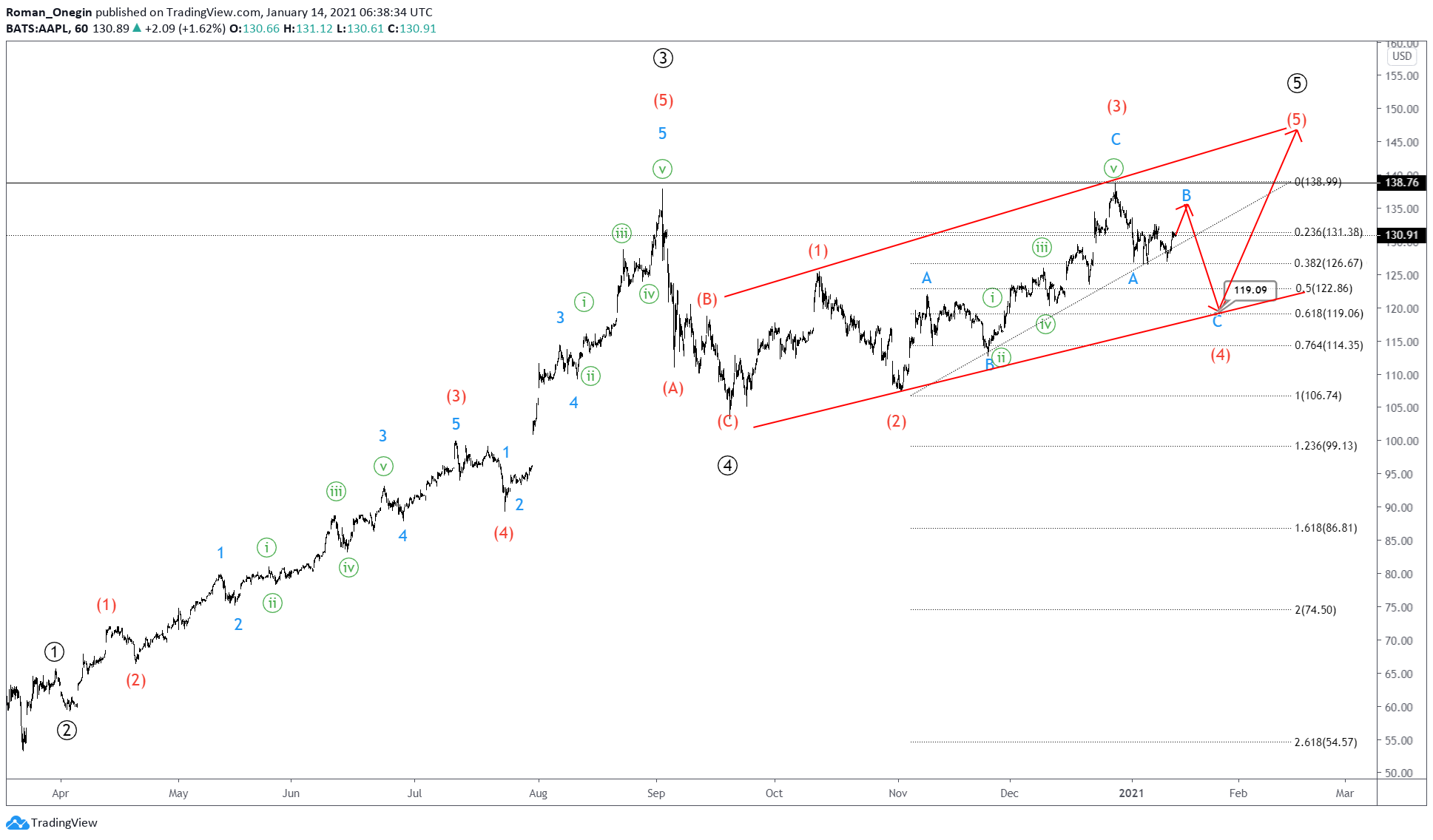 An alternative scenario shows that the primary correction wave ④ is a bearish zigzag, that ended at the end of September 2020.

After reaching that level, we could see the development of the final intermediate wave (5), which could update the previous high of 138.76, marked by the wave (3).