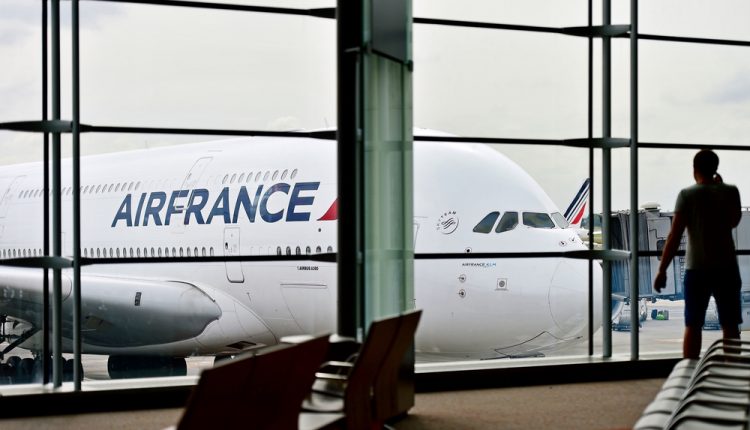 Following the rally off November lows, Air France shares topped out into the 5.514 level. Price has since retreated lower, finding support into the 4.532 level with price currently settled into the middle of the range between the two levels.

In its 2021 budget, the airliner has warned that it faces record losses of 2 billion Euros as a result of disruptions linked to the ongoing COVID pandemic. As a result of the lockdowns and travel restrictions being announced in response to the new and more contagious form of the virus, Air France said that it expects to take losses of around 5 million Euros per day. The company is also forecasting a 40% drop in seat take up compared with the 2019 pre-virus era.

The company announced this week that it will be extending its fully flexible ticketing policy through to September 2021. As part of the policy, tickets are now “fully changeable or refundable, free of charge and without proof, up to the day of departure, for trips up to September 30, 2021”.

Despite the heavy downturn in seat take up as a result of the pandemic, Air France also announced this week that it will be expanding capacity to the number of French overseas territories it serves. This will be as of summer 2021.

The move comes after the company also announced a heavy reduction in airfares. As companies attempt to increase passenger numbers, this is being done across the airline sector. 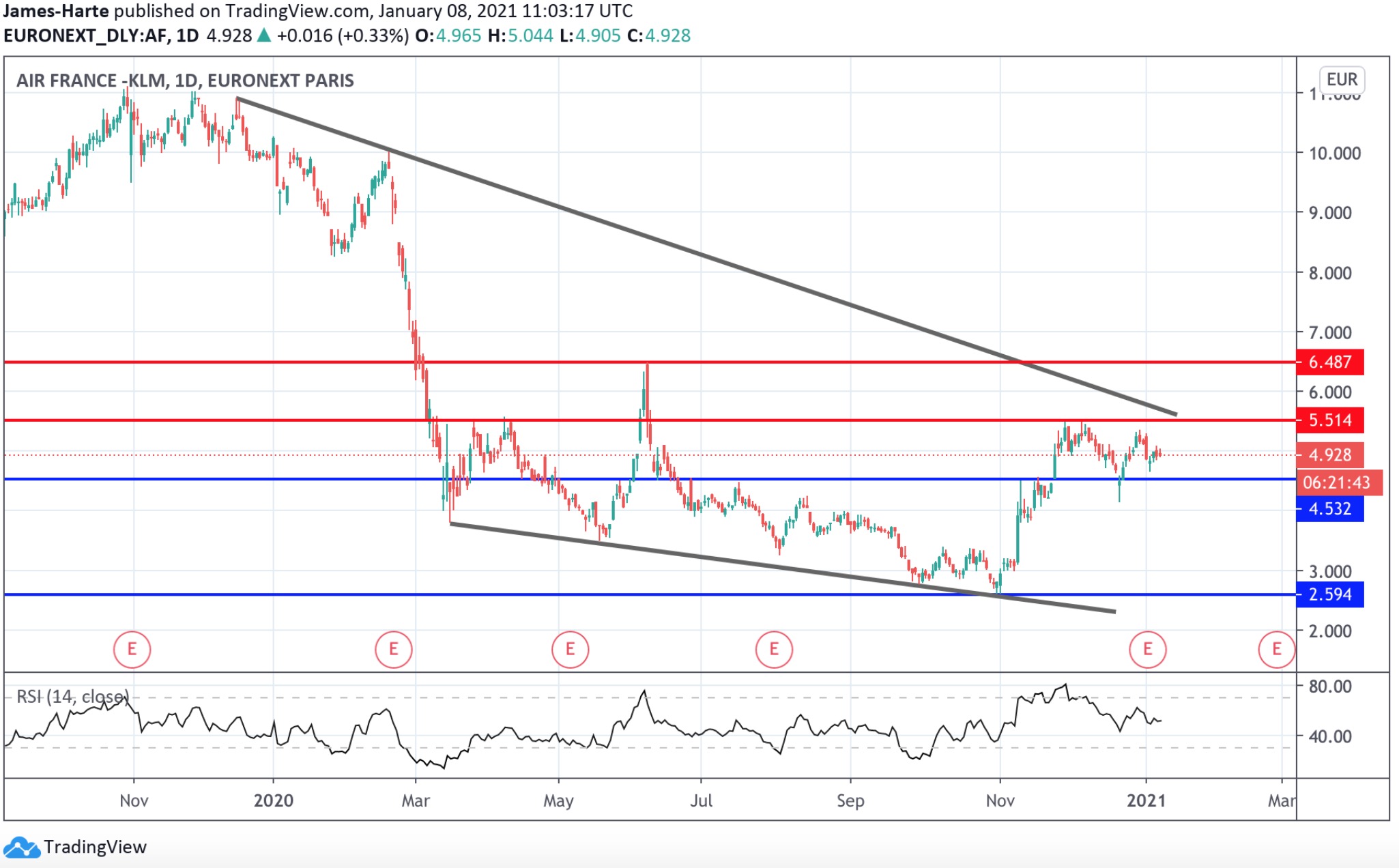 Shares in Air France remain trapped within the 4.532 – 5.514 range for now and are trading within the upper end of the falling wedge pattern which has framed price action over the last year. For now, the bis remains for further upside while the 4.532 level holds.