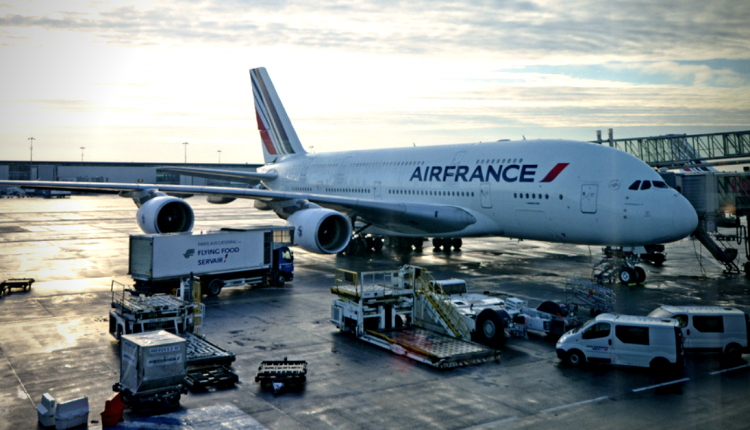 Shares in Air France are trading around 10% lower pre-market on Monday as a fresh wave of European lockdowns and travel bans has hit the aviation sector.

Airline stocks had been rallying over recent weeks amidst optimism linked to COVID vaccines.

However, a sharp reversal in sentiment over the weekend has prompted a new wave of selling in risk assets as a whole. Particularly in those stocks likely to be worst hit by the new measures.

News of a mutated strain of COVID in England led to the UK PM plunging London and the South East into the highest tier of lockdown.

In light of the news, France and many other European countries have banned flights to and from the UK.

Additionally, with many other European countries having announced lockdowns over Christmas, the traditionally busy holiday period for airlines has been heavily disrupted, sending Air France shares lower.

It’s been a tough year for the French airliner which saw the majority of its fleet grounded over the height of the pandemic.

With shares falling around 70% from 2020 highs, around the 10-level to lows of mid 2s. Prices have since recovered to the mid 4s but are turning lower here and look vulnerable to a continued move south.

Looking ahead, warnings that lockdown measures could continue, and even tighten in some countries, are prompting fears of a further turn lower for airline stocks.

While COVID vaccinations have begun in the UK, they are yet to start in Europe and there are now fears over how effective the current vaccines will be against the new strain of the virus found in the UK.

Traders had been betting on a pickup in airline demand over Q1/Q2 next year as vaccinations picked up. However, there are fresh doubts now which, coupled with the likely losses over the holiday period, mean that Air France is vulnerable to further stock price downside in the near term. 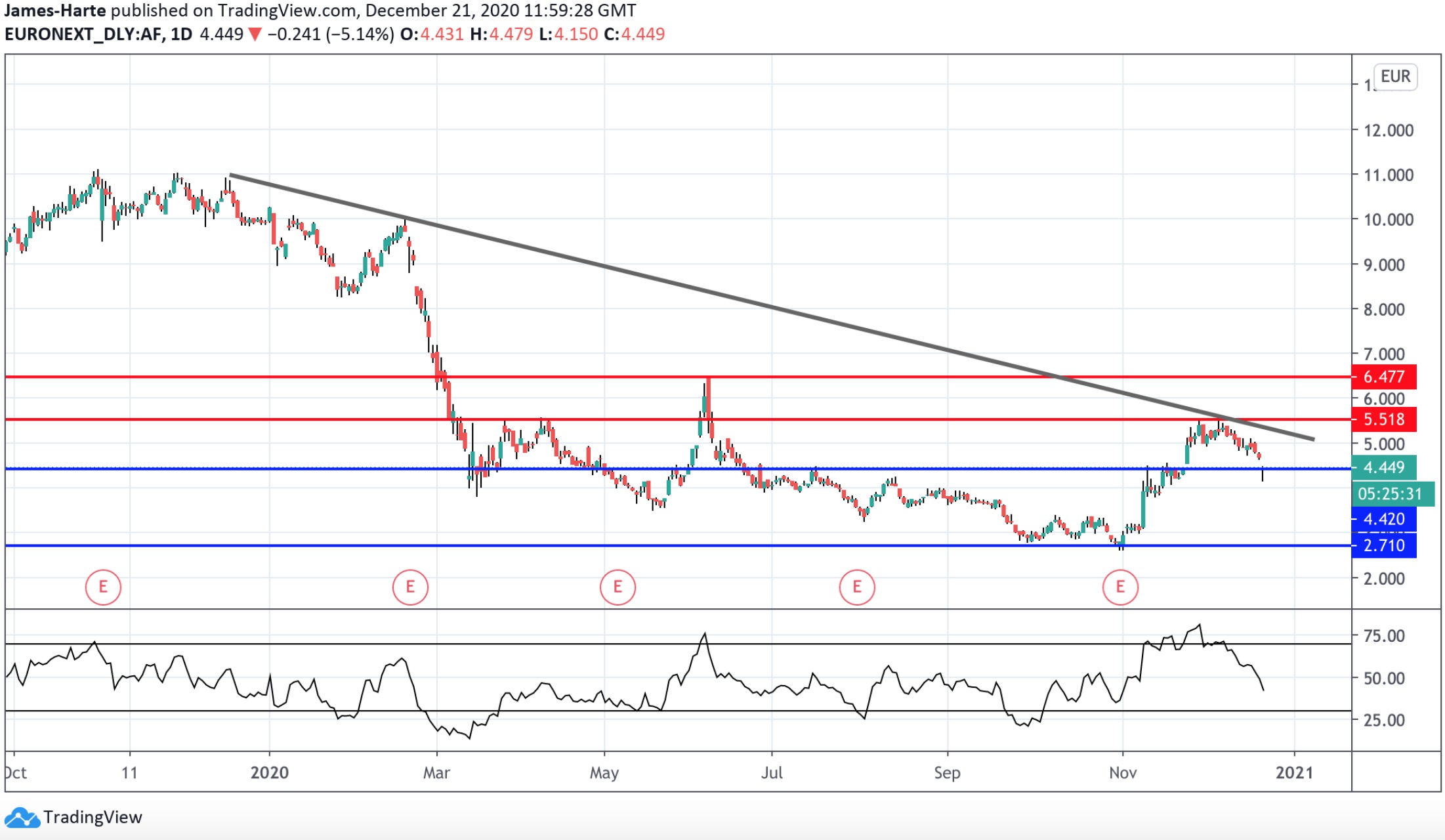 The rally in Air France off the 2.71 lows saw price trading back up to test the bearish trend line from 2020 highs around 5.51.

Sellers have since affected a reversal in price, sending shares lower to the 4.44 support level.

While price holds here a further move higher is still viable. However, should price slip back below this level, price is vulnerable to a move back down to the 2.71 2020 lows.

The Week Ahead: Additional Aid Could Weigh on USD