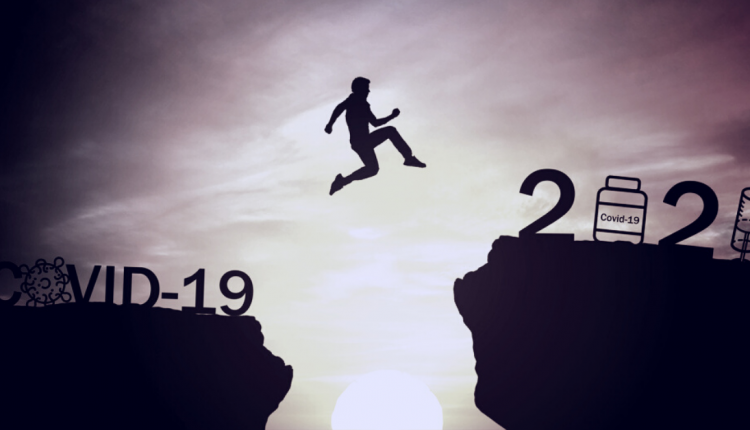 Earlier this week we had two notably contrasting outlooks on the evolution of the covid-19 pandemic.

In an interview, Bill Gates said that it was unlikely for it to be over by at least well into 2022.

On the other hand, the CEO of BioNTech (which developed the first vaccine with Pfizer), said he expected normalization early in 2021.

So, who is right?

Well, we won’t know until 2022, unfortunately. But, even though history doesn’t necessarily predict the future, we can look at prior patterns to get some good clues.

And the current pandemic has been progressing along similar epidemiological events with respiratory diseases.

For example, the second wave typically starts in October and is worse than the first wave. Many experts warned this could happen based on past experience. What does history say would happen next?

We Are in Uncharted Waters

The thing is, developing a vaccine so quickly is unprecedented.

We overcame prior pandemics with significantly less technology – and quite a lot more deaths.

The 1918 Spanish Flu, often cited for comparison, is estimated to have killed 39 million people. It also infected well over 500 million people. That is an order of magnitude more than the current pandemic.

Also, the 1918 flu was much more deadly. Based on the most reliable estimates we have, it had a mortality rate of around 4.0%.

This compares to the latest estimate from the CDC showing that SARS-CoV-2 has a mortality rate of just 0.65%.

Since 1918, we have managed to drastically reduce the mortality of influenza viral infections, which also helps reduce the death rate for covid patients.

And new techniques as well as medications are coming online to reduce mortality even further.

Did Past Pandemics Go Away?

That’s the thing that worries many epidemiologists.

The strain of influenza that caused the flu epidemic in 1918 (H1N1) is still around.

In fact, that was the cause of the 2009 “swine flu” epidemic that also saw a shuttering of travel, and global worries.

It even caused some lockdowns (though nowhere near the level of the current pandemic).

The worry is that covid will follow a similar pattern. With vaccinations and therapy, we can keep the mortality down enough to return to normal activity. But the disease might always be with us, a further complication during “flu season”.

The hope is that we might be able to interrupt that progression.

The 1918 Flu came in three waves, the second being the worst, but the third being worse than the first. If we can get enough people vaccinated before October of next year, we might be able to avoid that third wave.

What About Eliminating the Virus?

The virus hasn’t been around long enough to know for sure how long immunity lasts.

Studies have shown a significant drop in antibodies around six months after infection, suggesting that they might be gone within a year. But the body has other defense mechanisms such as T-cells which might be enough to prevent reinfection.

So far, cases of reinfection have been extremely rare.

The other major hurdle is that it’s estimated that, given the projected efficacy of the vaccines, we need to get 60% of the population vaccinated to achieve herd immunity.

If there is a year-long window of immunity, it might be possible to force the virus into extinction if enough people can be vaccinated at the same time.

But, again, there is a large segment of the population that is hesitant to take the vaccine.

The bottom line is that, once again, being able to put covid behind us next year will depend on how fast we are able to get the vaccine out.