US Final GDP & Is a Second Recession Coming? 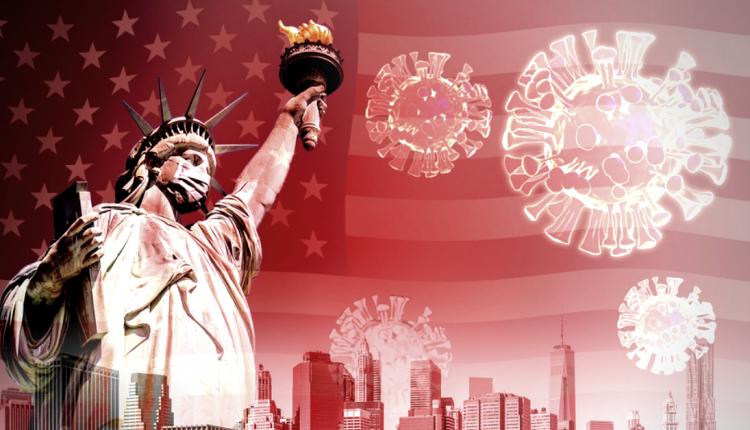 Tomorrow we get the final reading of the US’ Q3 GDP numbers.

We’ve already had the official adjustment, so there is little expectation that we’ll see any major change. And we are nearly at the end of Q4 at this point.

So, aside from some algo trading, we ought to see a quiet response in the market.

But it brings up an important point to analyze the US economy, as well as what to expect now that we are getting close to the end of the year.

The universal consensus is that annualized US Q3 GDP will come in at 33.1%, just like in the second reading. This will confirm the fastest growth in history, as the economy recovered from the crash in the second quarter.

Obviously, the current quarter won’t have that growth rate. The question that is on everyone’s minds that could really drive trading after Jan 4 is just how much growth will the US have had.

Given the resurgence in covid through the entire quarter… will there even be growth at all?

Q3 GDP figures pushed the US officially out of recession, even though the economy is not back to where it was.

But, if business closures during the last three months have dragged down the economy enough, the US could be looking at a “second wave” recession.

Discussion on stimulus has dragged on for most of the month when businesses record their essential sales. This threatens to put more retailers out of business. And a last-minute approval of the stimulus won’t help much, since the checks won’t be arriving before Christmas.

For the next quarter, the incoming Biden Administration has insisted they are opposed to reinforcing lockdowns.

Some are now calling for opening schools and a return to business activity as vaccines are becoming available.

However, the FDA recently reported that there had been an overestimation of the number of vaccines that would be available in January. This potentially pushes forward the date by when the critical population could be covered.

To make matters worse, polls show that Americans are increasingly wary of vaccines.

A report over the weekend on ABC News showed that as much as 78% of nursing home care workers were unwilling to take the vaccine.

Care homes are where the plurality of deaths are occurring. Therefore, reducing contagion in this population is critical for the death and hospitalization rates.

Most experts agree that there will be a downward turn in the number of cases through January and February. In fact, this has been the case in prior respiratory virus pandemics.

The question is whether the drop in cases will be fast enough to allow authorities to justify opening shops. While the incoming Biden team likely won’t increase calls for more restrictions, they might be slower to push for reopening.

We don’t get a first look at Q4 GDP until the end of January. However, should it show a contraction (even a small one), it opens the door for a second recession through the winter.

Investors are likely to pay very close attention to the first corporate reports to get some clues as to how likely a scenario this is.

The Week Ahead: Additional Aid Could Weigh on USD