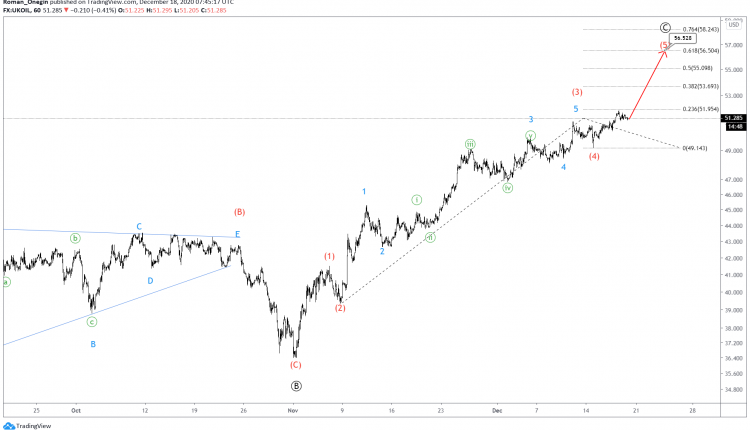 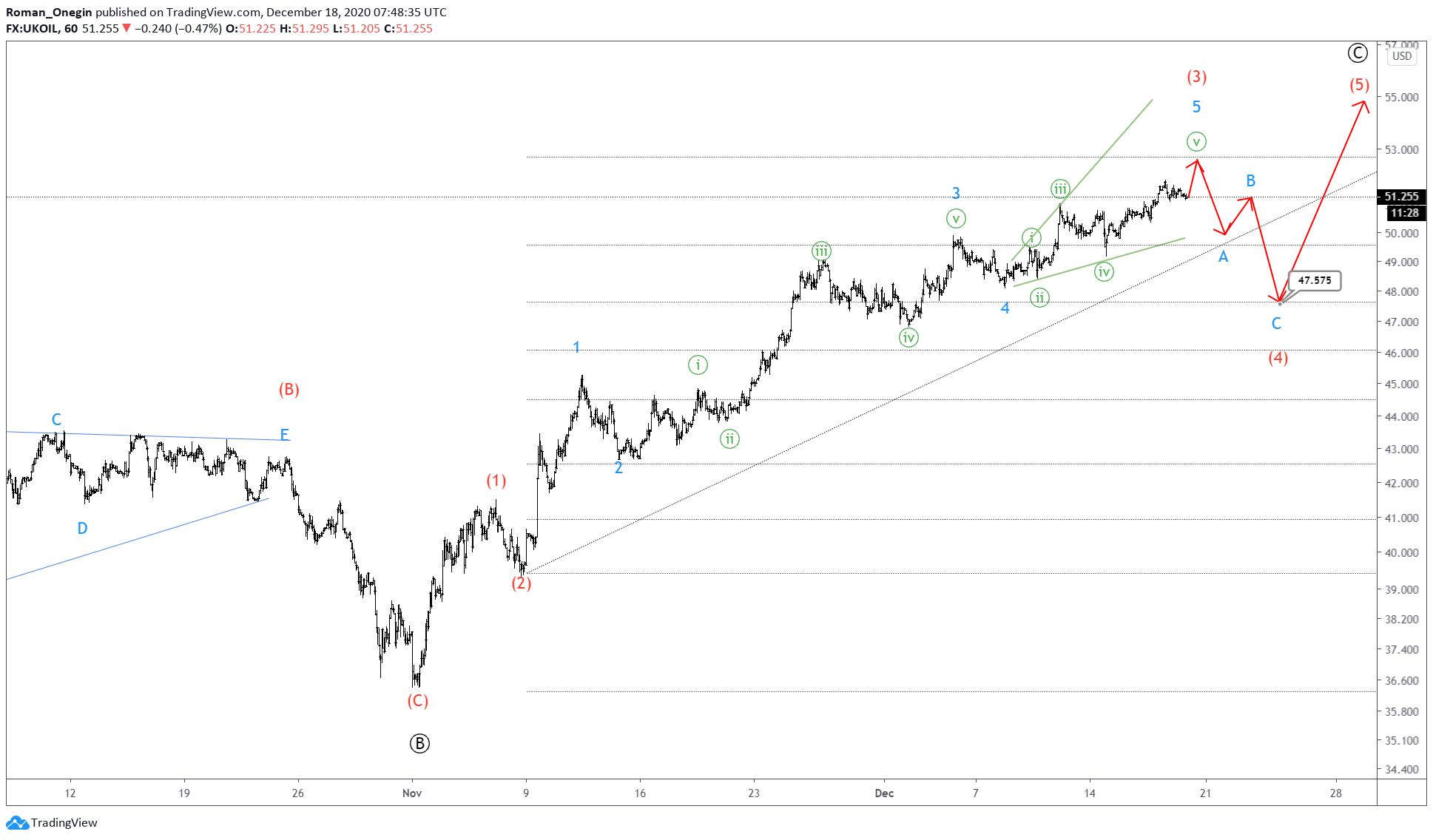 However, an alternative outlook shows wave (3) currently in the form of a 5-wave impulse. With the minor wave 5 taking the form of an ending diagonal.

In the near future, price could decline within the corrective wave (4), which could take the form of a standard A-B-C zigzag.