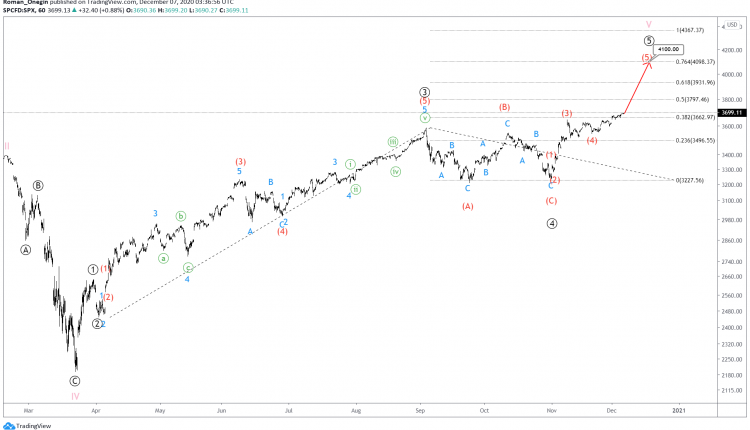 Horizontal correction wave ④, which took the form of an intermediate flat, has ended, whereas primary impulsive wave ⑤ is almost complete. 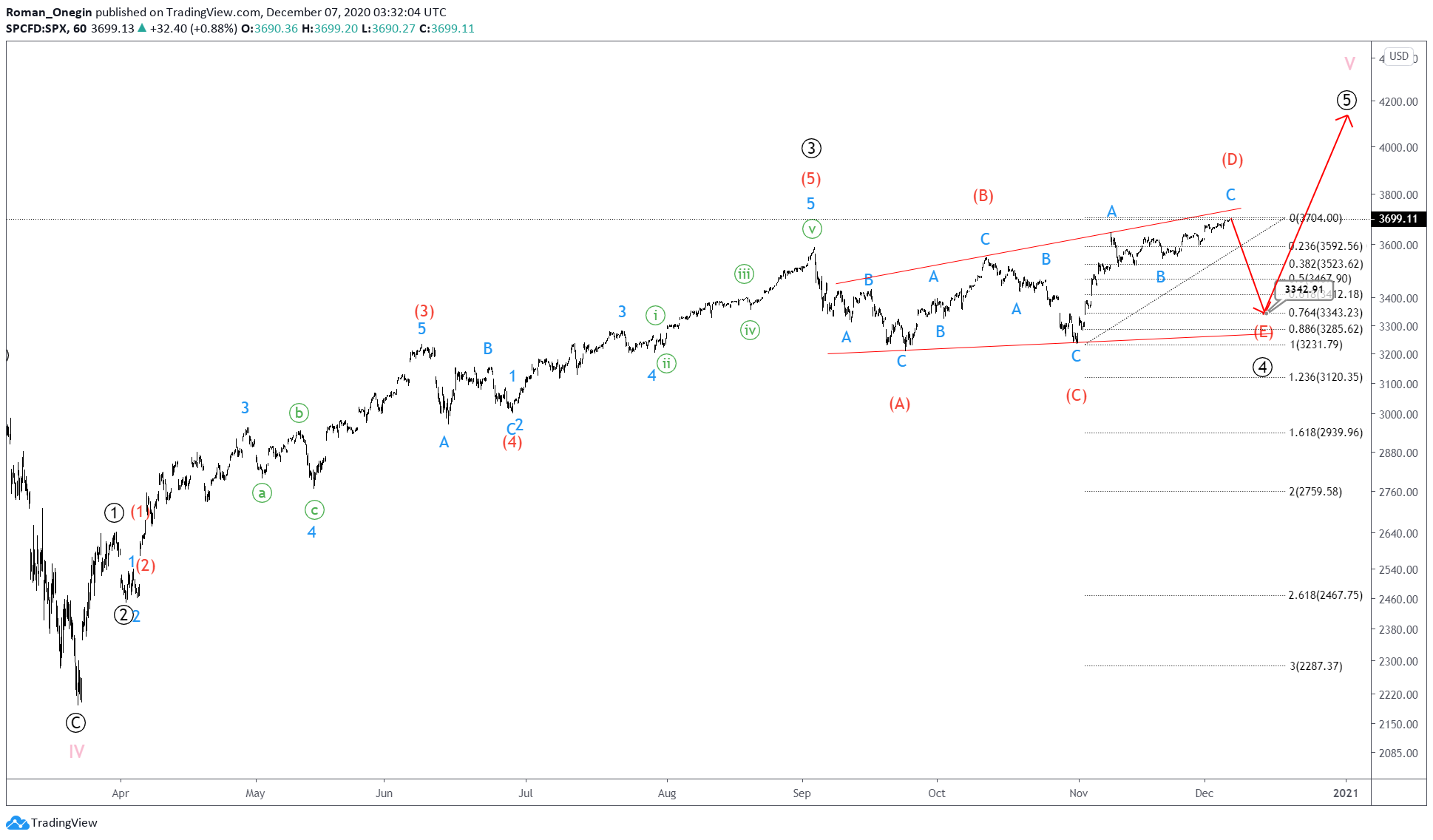 An alternative scenario shows that primary correction ④ has a longer structure and is still under development. This correction is assumed to be an intermediate triangle (A)-(B)-(C)-(D)-(E).

In the near future, we could see the completion of this correction near 3342.91.

Finally, we could see growth in primary wave ⑤.

Weekly Fundamental Bulletin: All Eyes on the ECB Meeting