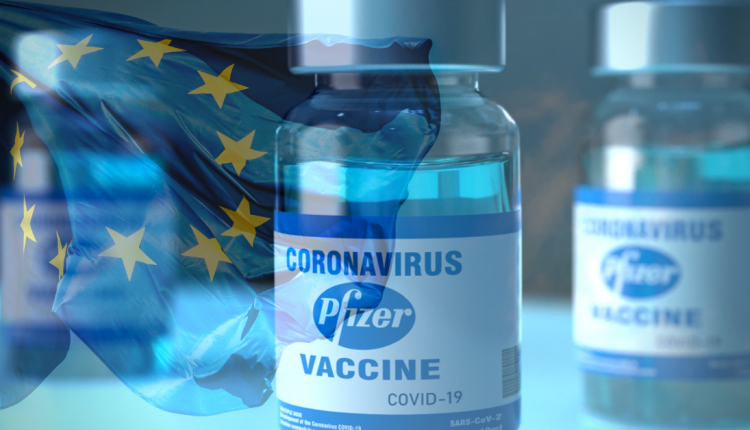 Pfizer shares are trading a little under 1% higher pre-market on Monday.

However, they remain well off the 2020 highs following the decline seen over recent weeks.

After the initial rally seen across the start of December as traders reacted to various countries beginning vaccinations, Pfizer shares have since come under selling pressure.

They are currently sitting around 15% off the 2020 highs.

Several key countries have already begun rolling out the Pfizer drug including the UK, US, and Canada. Furthermore, last week, the European Commission signed off on the drug, so EU countries will begin rolling it out imminently.

While this is certainly a positive factor for Pfizer shares, there have been some issues that have weighed on investor sentiment.

News of some adverse reaction to the drug prompted UK regulators to issue a warning. As a result, some fear this will negatively impact the public take-up of the drug.

Additionally, news of supply-related issues in the UK due to the specific storage requirements for the jab has also highlighted downside risks.

This might impact the rolling out of the drug when governments begin to scale up distribution next year.

This week, Spain noted that it is among 8 European countries facing logistical issues with the vaccine.

The stringent storage requirements of the vaccine are delaying the delivery of the shot.

And, although, Spain began its first vaccinations on Sunday, the subsequent delivery of the drug due to arrive today has been delayed.

There are concerns that such issues will ultimately delay governments in sticking to the targets and deadlines they have outlined for vaccinations over the coming year.

There are also concerns around the new strain of the virus which many fear the current vaccine will not be as effective in immunizing against.

However, Pfizer has said that it is currently confident its drug will work just as well against the new strain as it does against the original.

The reversal is Pfizer from above the 42.23 level has seen prices trading back down through the 39.19 level.

Price is now testing the rising trend line and structural support at the 37.36 level.

If price slips below here, the next support to watch is down at the 35.39 level. Above 37.36, the near-term outlook remains bullish.

However, bulls will need to quickly see price back above the 39.19 level.