EURCAD Looks for Another Peak 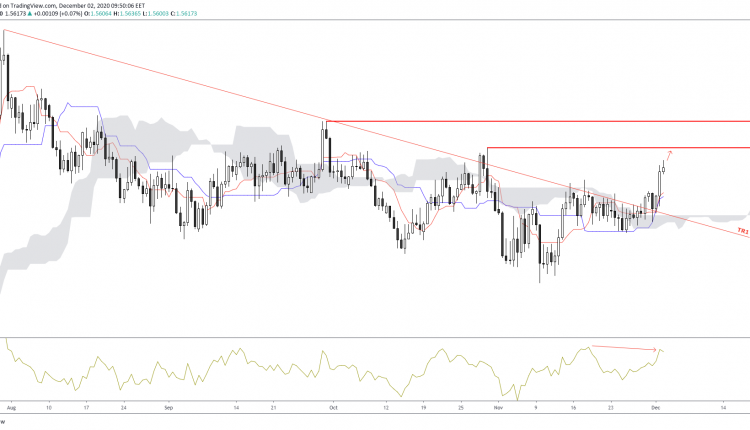 EURCAD has been trading in a slight downtrend from its second yearly highest peak in August. Since then, several attempts to move to fresh highs have been met with resistance.

We now look to another possible attempt, as prices break away from the downward trend line. The first test being the 1.5669 of the previous peak, as well as the 1.5739 end of September peak.

A break past the specified levels could negate the bearish divergence recently noted on the momentum indicator.

With prices trading well clear of the Ichimoku indicators, another move to the upside could be likely.

A shorter intraday outlook shows that prices could start to wane as we enter the middle of the week. Should momentum keep unfolding on the indicator, we could be set for a hidden bearish divergence which could bring the currency pair lower.

The first target now looks at the 23.6% of the 1.5670/1.5313 upside Fibonacci leg. Should prices breakthrough, then the base and convergence line of the Ichimoku indicators could pull prices lower.

The 38.2% will then be a possibility as another move to November’s lows becomes more realistic.