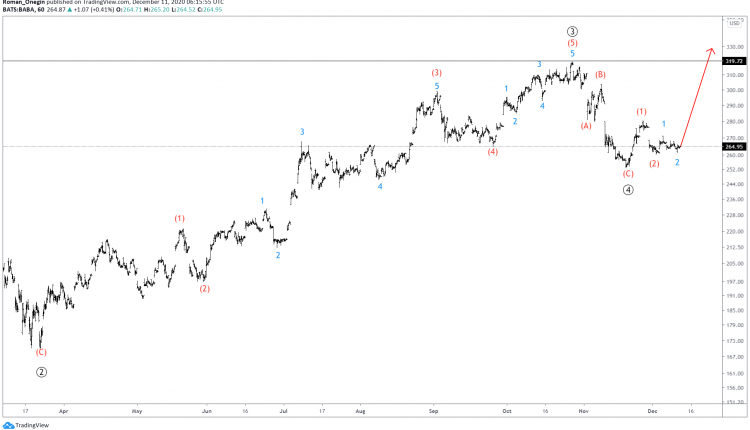 At the time of writing, the intermediate waves (1) and (2) of the primary 5th wave are complete. Wave (3) could update the previous maximum, which was formed by the impulse wave ③ of the primary degree. 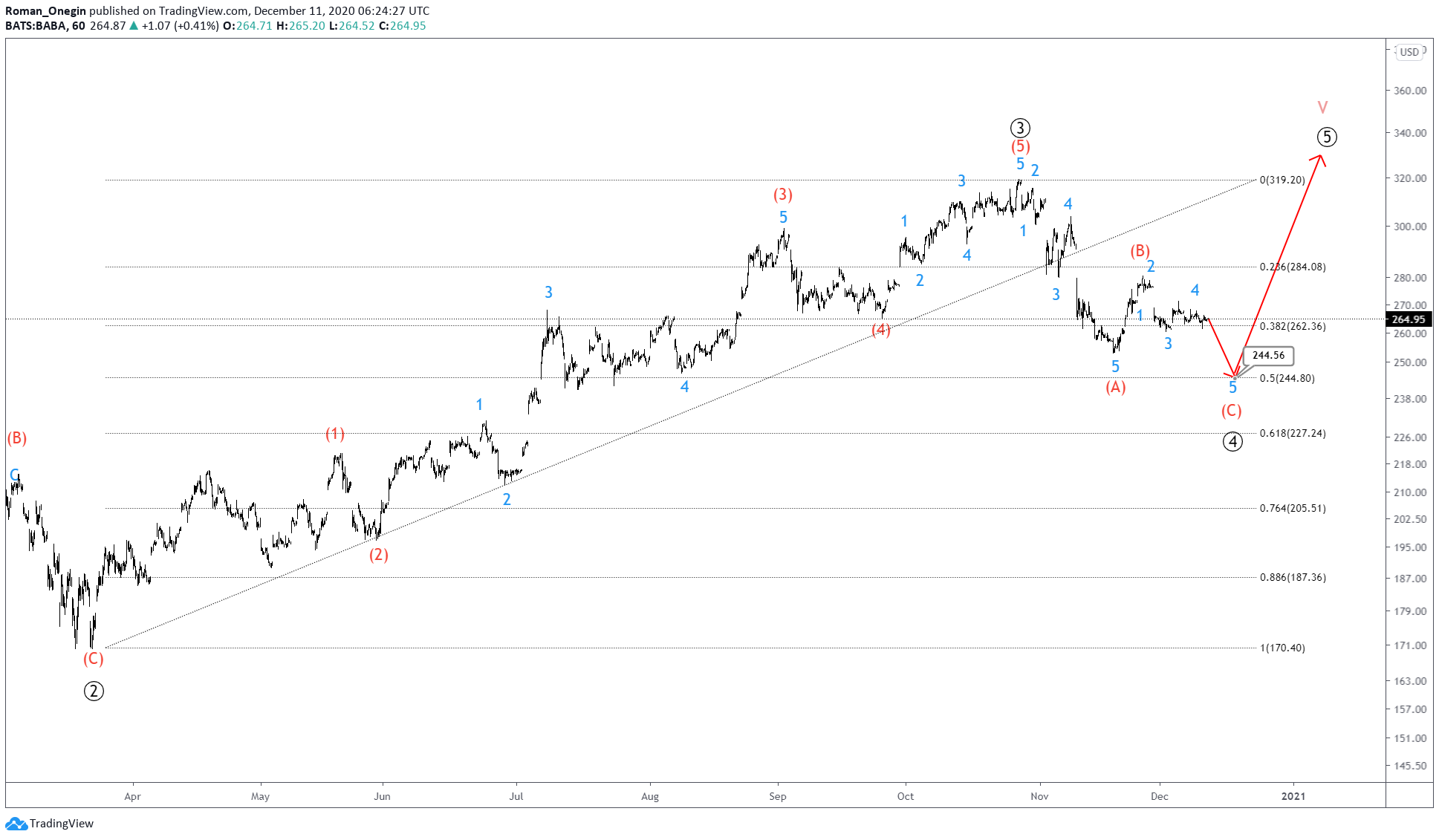 An alternative scenario shows that the primary corrective wave ④ is still under development.

It also has the structure of a standard (A)-(B)-(C) zigzag of the intermediate degree. However, bearish impulse (C) can send prices to a lower level.

The first target is 244.56, where correction wave ④ will be at 50% of extended impulse wave ③.

After the successful completion of wave ④, we expect growth in the final bullish impulse wave ⑤.