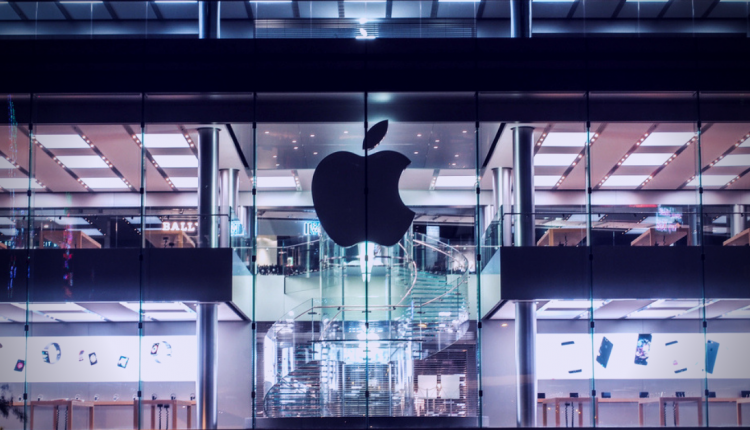 Shares in US tech icon Apple are trading 2.5% higher pre-market on Tuesday.

The company has benefitted from the broad pick up in risk appetite over recent weeks.

Apple Inc is continuing to trade higher this week despite the softer tone to risk appetite in the wake of fresh COVID fears.

There have been a plethora of headlines concerning Apple this week which are helping grab investors’ attention and lift sentiment.

Taiwan’s Economic Daily News (EDN) is running a story that suggests that the “Apple Car” (first mentioned by Tim Cook in 2017) will hit the market as early as next year.

According to EDN, Apple has been working hard on a vehicle for several years. The company has reportedly been testing several prototypes, mainly around San Francisco.

EDN reports that Apple is due to scale up the production of components in Taiwan over Q2 next year. This would be ahead of a Q3 release for the vehicle.

However, many Apple watchers and critics note that the timing doesn’t seem correct. They claim that Apple seems more likely to unveil the car in Q3 next year, ahead of an actual commercial launch at a later date.

Another attention-grabbing headline this week comes from Reuters. The company is reporting that Apple is aiming to have a self-driving car on the market by 2024.

Apple is reportedly working on developing its own battery technology which would reduce the cost of power supply for the vehicles.

The tech giant has reportedly been working on an autonomous vehicle since 2014. However, in 2017, it backed away from producing a fully-fledged vehicle and instead began focusing on a system that could be attached to an existing car.

Bloomberg reported earlier this month that the company is still deciding whether to press ahead with producing its own vehicle or designing a system to be attached to another vehicle.

Despite Apple refraining from comment on either story, both headlines have helped lift investor sentiment towards the stock this week.

Following a year of strong gains, Apple’s forward-looking plans and steady stream of releases keep it a favorite among investors heading into the New Year. 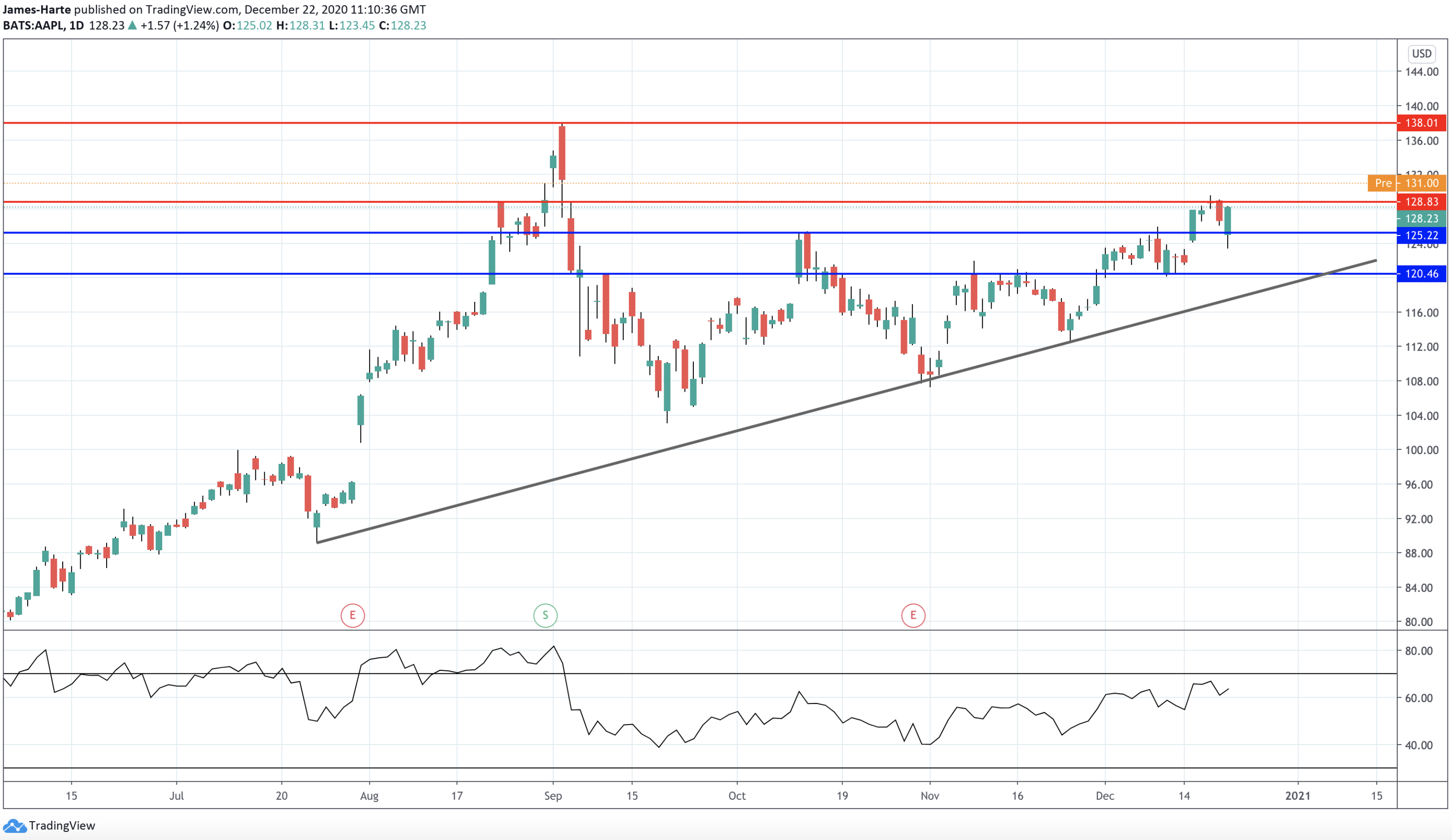 The recovery rally in Apple off the November lows has seen price trading back up to test the 128.83 resistance which is holding for now.

However, while the 125.22 level holds as support, the focus is on a continued push higher back up towards all-time highs at 128.01. To the downside, 120.46 is the next support to watch. The rising trend line is coming in around that level also.