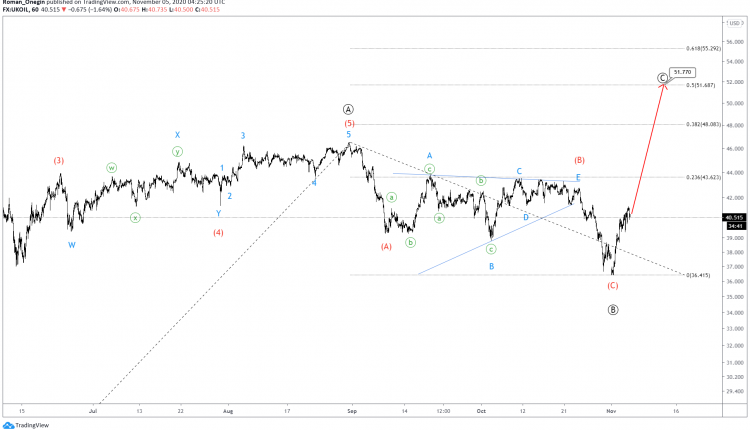 Intermediate sub-wave (B) is a minor contracting triangle.

In the near future, we could see the rise of the final impulse wave Ⓒ to the 51.77 area. 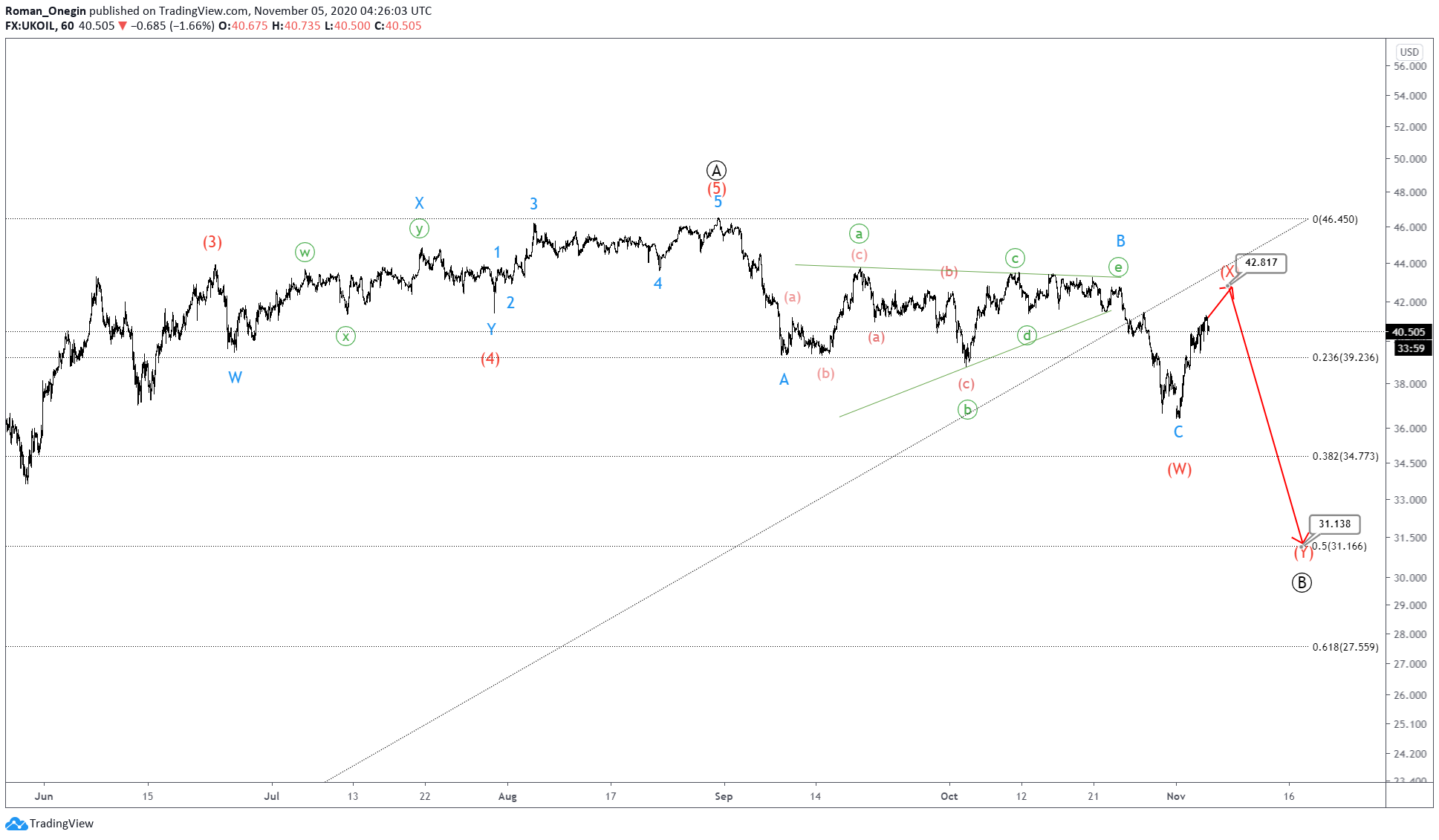 The formation of the specified wave is a bearish double (W)-(X)-(Y) zigzag. Currently, wave (W) has completed whereas intermediate intervening wave (X) could complete near 42.81. This will be at 61.8% of wave (W).