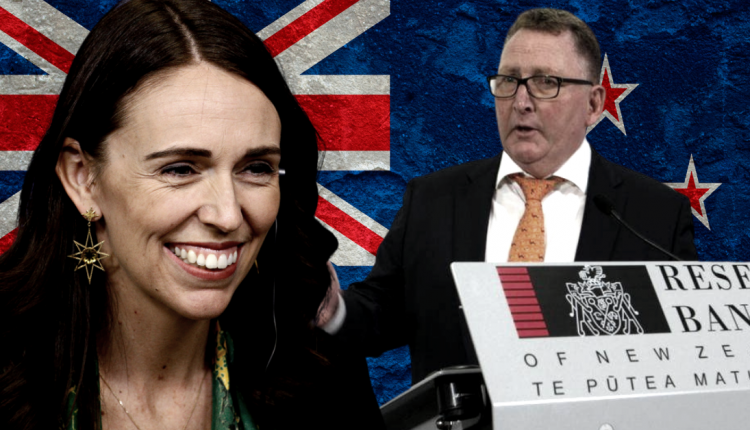 The interest rate cut was widely expected as the central bank attempts to steer the Australian economy. The board cut interest rates by 15 basis points to a historic low of 0.10%.

It also cut the yield on the 3-year Australian government bonds to 0.1%. The bank also pledged to buy government securities from 5 to 10-year maturities over the next six amounts.

The purchases amount to close to 100 billion Australian dollars. The central bank noted that the high unemployment rate was a national priority.

The quarterly labor market report from New Zealand saw the unemployment rising to 5.3% on a seasonally adjusted basis for the third quarter.

The data was slightly better than the forecasts of an increase to 5.4%. Despite the slightly better results, the unemployment rate in New Zealand has shot up from 4% during the previous quarter.

The latest data was the biggest increase in the unemployment rate on record. The quarterly employment change fell by 0.8% and follows the 0.4% decline from the previous quarter.

Policymakers voted to increase the stimulus purchases by an additional 150 billion GBP. This brings the BoE’s total asset purchases to 895 billion.

Interest rates remain at record lows of 0.10%. At the press conference, BoE Governor Andrew Bailey hinted that the central bank was ready to expand its stimulus even more if needed.

The decision comes as the UK government extended its furlough program to the end of March 2021.

The Federal Reserve held its monetary policy meeting, in the shadows of the US general election. As widely expected, the central bank left interest rates unchanged.

The central bank signaled that the economic activity and the labor market showed continued signs of improvement. However, it said that the improvement was well below the levels since the start of the year.

The bank signaled that it continues to follow an accommodative monetary policy to support the economy and flow to households and businesses.

US unemployment rate falls to 6.9%

Employment in the United States rose more than expected in October, according to the latest reports from the Labor Department.

Friday’s nonfarm payrolls showed that employment rose by 638,000 in October. This was following a revised 672,000 in September. Economists forecast an increase of just 600,000 for the period.

Most of the gains came from the leisure and hospitality sector. The national unemployment rate fell to 6.9% from 7.9% in October. Economists forecast a drop to 7.7%.

A host of business and investor sentiment reports are due from the eurozone this week. The forward-looking indicators could potentially signal how consumers and businesses see the month ahead.

Earlier in the week, the eurozone Sentix investor confidence report is forecast to show a decline. The index is expected to fall from -8.3 to -15 in November, marking a three-month low.

Later in the week, the ZEW economic sentiment index is forecast to ease from 52.3 to 43.3 in November, marking a six-month low.

The data comes as some of the major economies in the eurozone are re-imposing second lockdown measures to stem the spread of the coronavirus.

The Reserve Bank of New Zealand will be holding its monetary policy meeting this week.

It marks the first meeting after the recent elections in New Zealand, which saw the incumbent, Jacinda Ardern winning a second term.

While the broader expectations are for the RBNZ to hold pat on policy, there is speculation for a rate cut from some corners. We can expect the RBNZ to cut rates by 15 basis points this week.

It would match the similar moves made by the RBA last week. However, a lot of this depends on the incoming data. A recent labor market report saw the unemployment rate rising during the third quarter.

At the very least, the RBNZ could strike a dovish tone in the markets this week.

The UK’s Office for National Statistics will be releasing the preliminary GDP data for the third quarter.

Forecasts point to a strong economic recovery during the period. As a result, economists’ pencil in a GDP growth rate of 15.6% during the quarter.

This would reverse most of the declines of a revised 19.8% drop from the previous quarter.

On a monthly basis, GDP is forecast to slow to a pace of 1.1%, following a 2.1% increase in August. However, investors could brush aside the data as the UK now enters into a second lockdown which will last until December 2nd.

US consumer prices to slow to 1.3% on the year

The US Department of Commerce will be releasing the monthly inflation or CPI data this week.

Forecasts show that on a month over month basis, headline inflation is forecast to rise by 0.2%. This marks the same pace of increase as the previous month.

The core inflation rate excluding volatile food and energy prices is also forecast to rise by 0.2% on the month. This would bring the forecasts for the annual inflation rate to 1.3% for the year ending in November.

It marks a modest decline from a 1.4% increase in September. The core CPI on the other hand is forecast to remain steady at 1.7% on the year, unchanged from the previous month.

The Week Ahead: No Bidding

A Change in Direction for November German ZEW Survey?