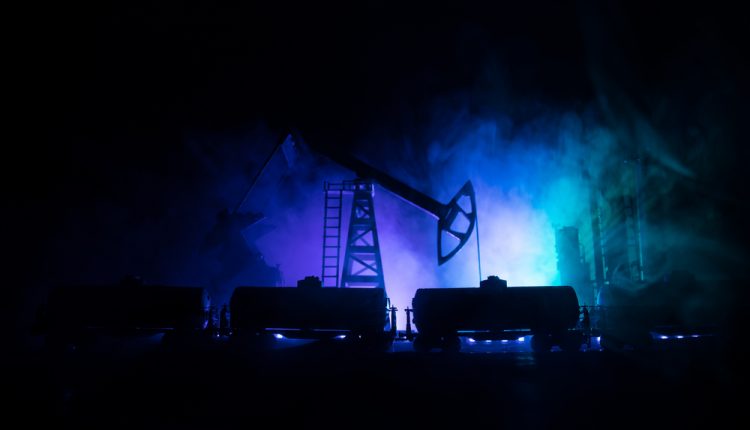 Crude prices have enjoyed a strong rally this week with the market breaking out to its highest level since March in response to the ongoing pickup in risk markets. Traders are encouraged by the recent string of positive headlines relating to COVID vaccines under development by several firms. With around 4 vaccines now slated to be over 90% effective, governments have outlined plans to commence rolling the vaccines out ahead of year-end. The aim is to get economies back to normal by Q2 2021. This has obviously been a big boost for sentiment in the oil market given the uptick in demand expectations as a result of this news.

This week, crude prices were also helped by the latest update from the Energy Information Administration. They reported that US crude inventories were lower over the week ending November 20th.

The EIA reported a 0.8 million barrel decrease in headline oil stocks, this was well below the 0.1 million barrel increase forecast. Crude stocks are now back down to 488.7 million barrels. This is just 6% above their five-year seasonal average.

Despite the drop in the headline inventories figure, gasoline inventories were actually higher over the week. These rose by 2.2 million barrels. This takes the total inventory level up to around 4% above its five-year seasonal average.

Distillate stockpiles, however, were lower by 1.4 million barrels over the week. This takes stockpiles back down to 8% above their five-year seasonal average.

In terms of gauging demand, the total products supplied category averaged 19.3 million barrels per day over the last four weeks. This is down 9.2% on the same period last year.

In all, it was a broadly positive report for the oil market which adds to the weight of the current rally and keeps the short-term bias firmly bullish here. 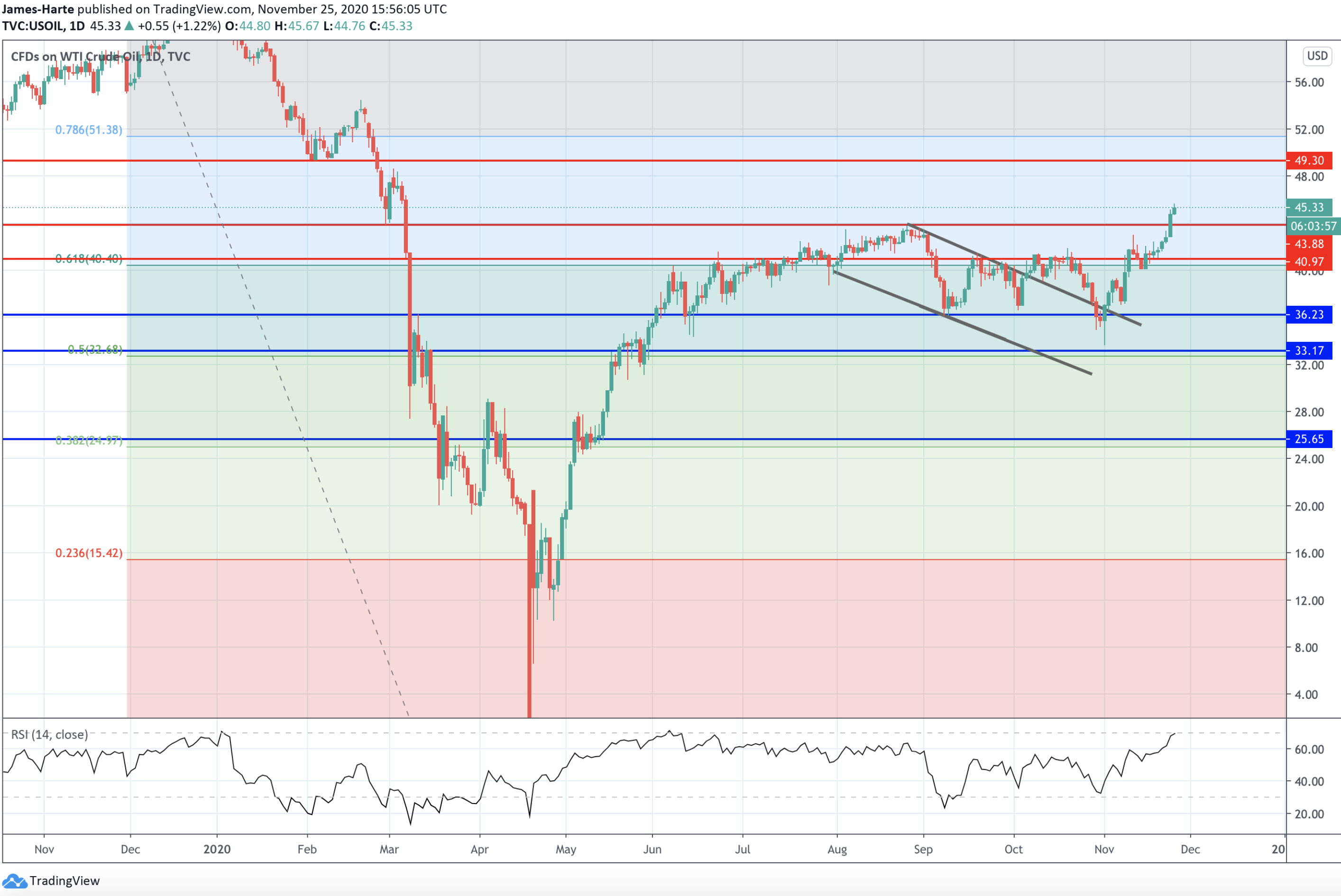 After a fairly frustrating few months for oil traders, given the mostly sideways action we have seen, traders finally have some directional action to engage with. The break above the 43.88 level takes price up to its highest levels since March 2020. While above here, the focus is on a test of the 49.30 level next.