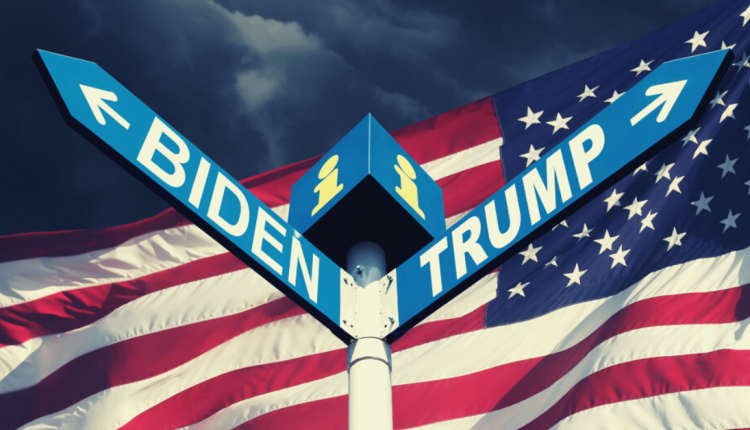 Manufacturing PMI the Best in 2 Years

The US index ended yesterday’s session higher for a fourth consecutive day, as it reclaimed the 94 handle.

Even though the markets are preparing for a Biden win as America goes to the polls today, indecisive sentiment remains as the race is tighter in a handful of battleground states.

US manufacturing goes from strength to strength as yesterday’s figures showed a positive signal and the best outcome since September 2018 for the industry as we look ahead to 2021.

The attention now shifts to the amount of time required to count the ballot boxes, as a disputed election could send markets into the stratosphere.

The euro closed 0.10% lower on Monday as it fell through the 1.17 handle. This capped a sixth consecutive decline as a strong greenback weighed heavily over the EURUSD pair.

The eurozone continues to be on the brink of catastrophe. Further lockdowns across the continent have sent the economy into a downward spiral.

Economists predict a slump of 2.3% across the European bloc in the fourth quarter of this year. This comes as infection rates continue to soar with no end in sight to the experimental restrictions.

How Long Will the Lockdowns Remain in Place?

The pound ended yesterday’s session flat as it kept hold of the 1.29 handle.

The second national lockdown which is to begin on Thursday could weigh heavy on the GBPUSD pair. A challenging month ahead is expected as the fear of another economic slump looks at further businesses closing and more demand on the Chancellor’s furlough scheme.

As the Prime Minister tries to save Christmas, some economists have speculated that the recent restrictions could go on until the new year.

Sterling will now look for hope on a post-Brexit trade deal and a boost to quantitative easing from the BoE this week.

Traders Hopeful of a Biden Win

The US indices bounced back as all three main indices retraced some of their losses from last week when they recorded their worst week since March.

The recent predictions from wall street expect Joe Biden will win the presidency and the Democrats will retake the Senate and maintain control of the House.

Investors are eager for more fiscal stimulus, which will buoy an economy headed south once again as coronavirus cases soar. A ‘blue wave’ landslide would lift the chances of a comprehensive stimulus deal getting passed in the winter.

Gold moved within a few dollars of regaining the $1900 handle on Monday, as it finished the session 0.20% up.

The easing of the US dollar strength leading up to the Presidential election has seen a slight shift in sentiment towards the yellow metal.

A cautious approach is evident after concerns of a contested election could possibly trigger sharp price moves.

However, crude oil remains on the back foot as lockdowns to combat the contagion increase.

The market had also to contend with Libyan production coming back online, and no confirmations from OPEC+ of any planned tapering.