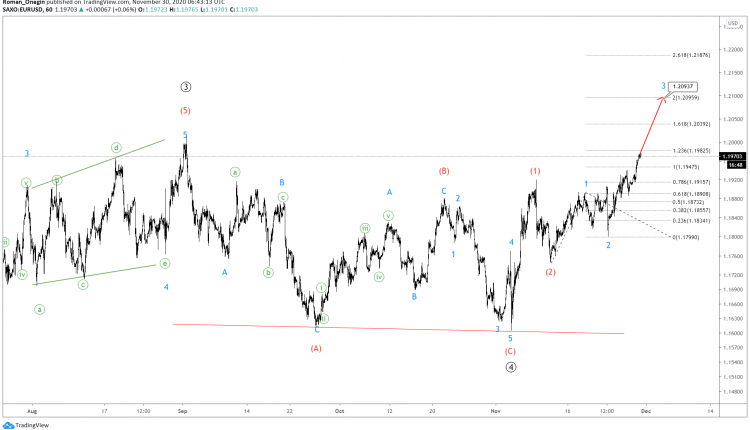 After the end of this correction, we saw a rapid rise in prices in a bullish impulse wave, which already includes sub-waves (1)-(2). 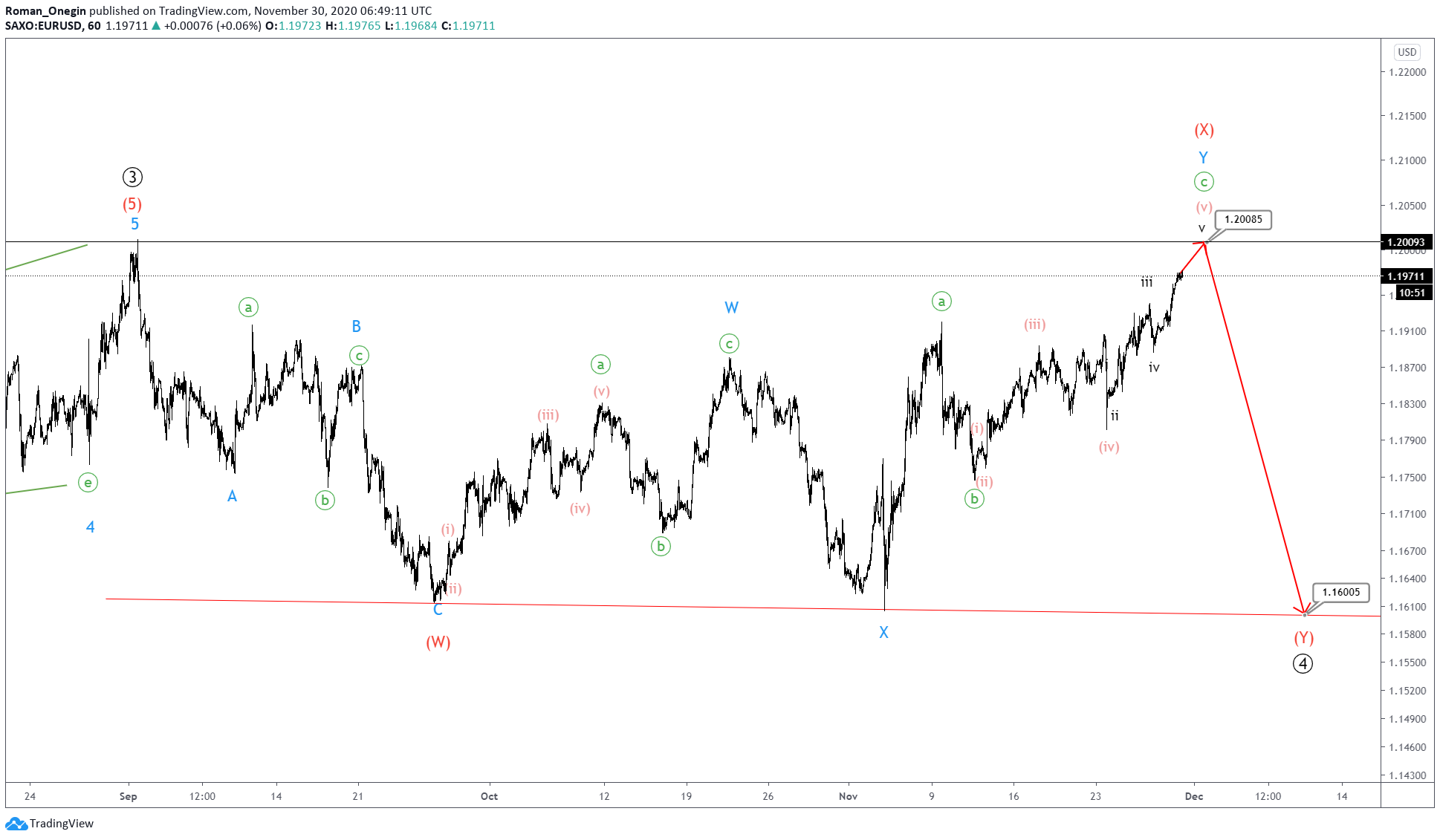 An alternative scenario shows the primary corrective wave ④ is still under development.

The correction could take the structure of the double (W)-(X)-(Y) zigzag.

The ascending intervening wave (X) of the intermediate degree is a double W-X-Y zigzag.

It is likely that in the 1.200 area, at the previous maximum, the intervening wave (X) will complete its pattern.

Then prices could fall in the intermediate wave (Y) near 1.160, which the target is on the support line.