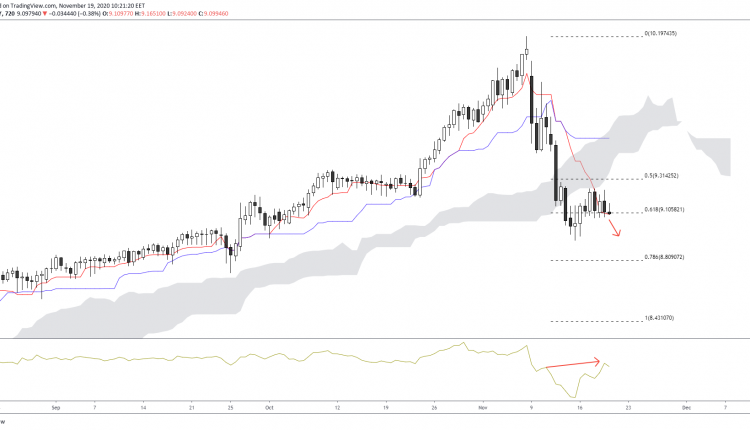 EURTRY is currently consolidating around the 61.8% 10.19/8.43 downside Fibonacci leg, after the aggressive sell-off from its record high.

This capped the biggest weekly surge against the Euro in years, as the focus now shifts on the momentum.

The recent hidden bearish divergence indicates the rally is not over yet, as a break at the golden ratio would leave the currency pair vulnerable towards the 78.6%.

However, even though prices are trading far away from the Ichimoku cloud, the candle is still within the base and conversion lines of the indicator. This could hold hope for bulls as they look for recent highs towards €9.20. 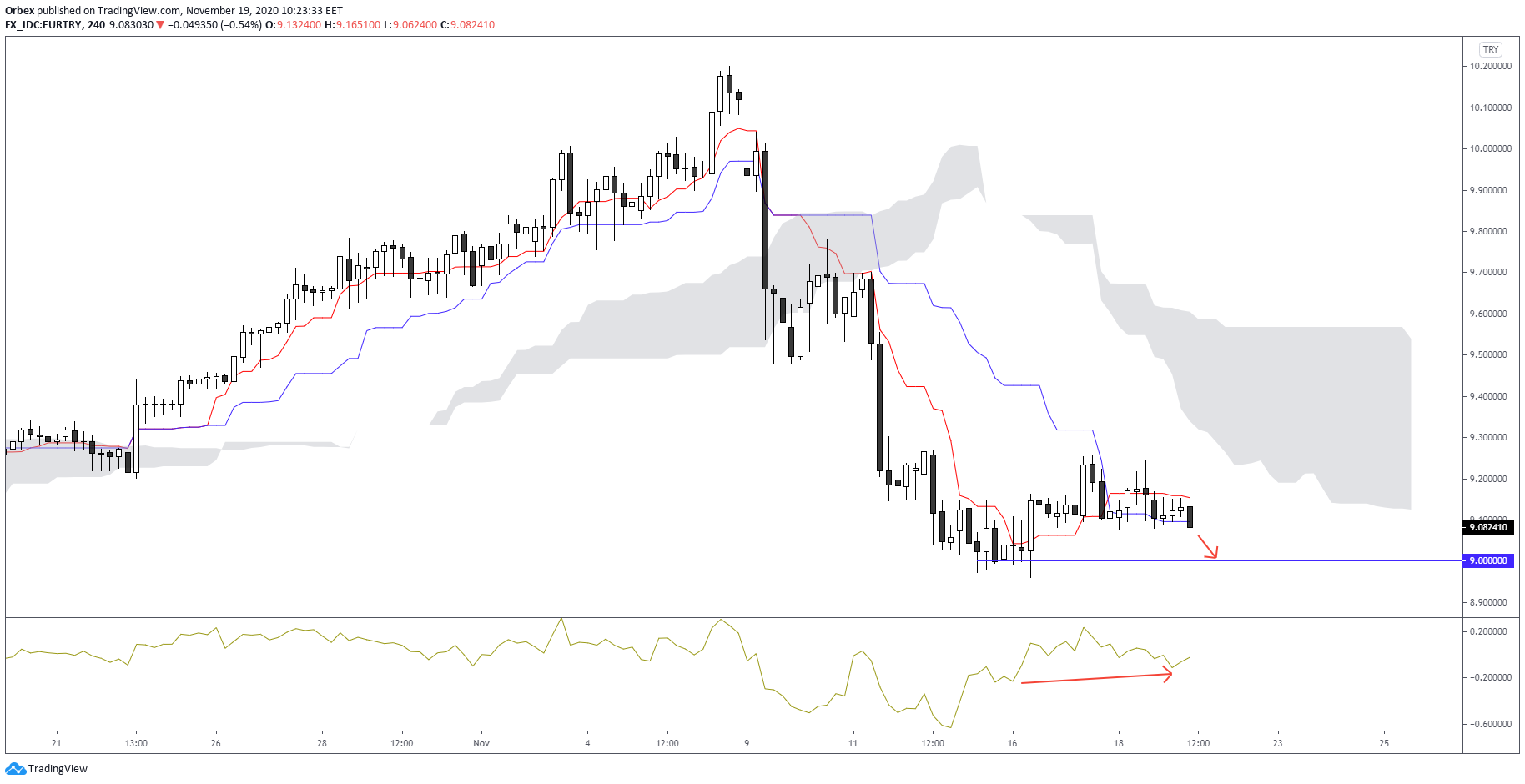 A short-term perspective shows that the bias remains on the downside. Another hidden divergence that might emerge could push prices slightly higher. This could confirm another test at the €9.00 psychological support.

With prices firmly engulfed between the base and conversion lines of the Ichimoku indicator, a breakout is expected.

Upside momentum could lead prices back up to the lower border of the cloud. Whereas, a break at the said support level could weigh heavy on the EURTRY pair.