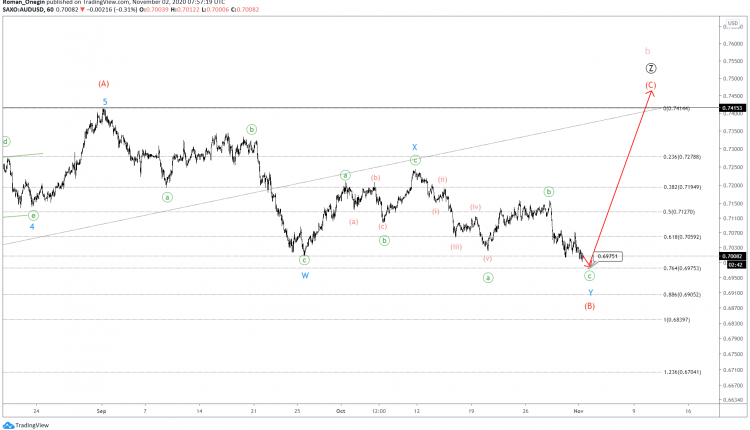 The current AUDUSD structure hints at a corrective wave b. This takes the form of a triple zigzag, as the final primary wave Ⓩ is currently under development

Finally, we could expect impulse wave (C) to rise above the previous high. 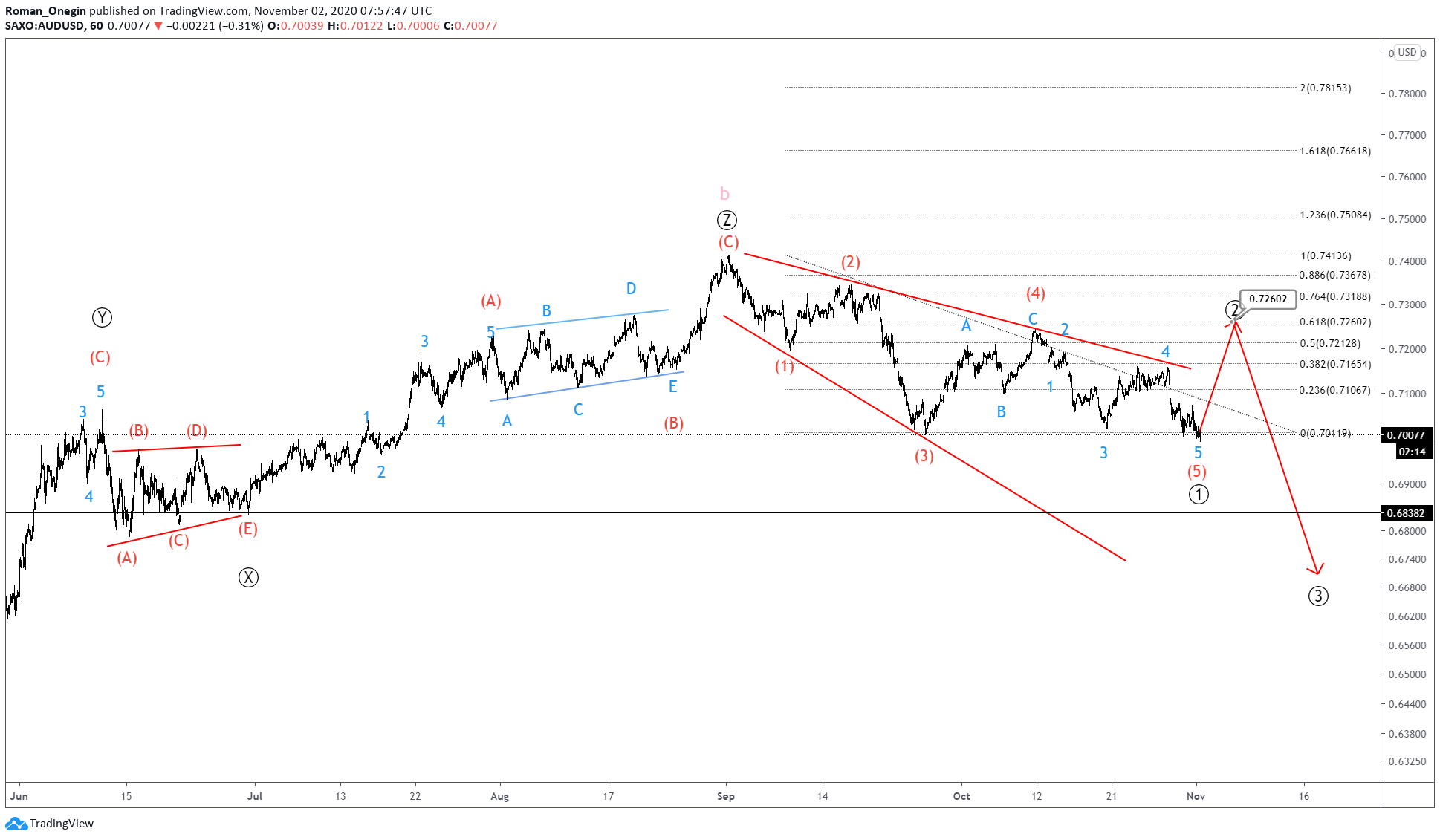 An alternative scenario shows that the cycle correction wave b is already complete.

Therefore, this shows the construction of the initial part of a bearish impulse, consisting of primary sub-waves ①-②-③-④-⑤.

The leading diagonal wave ① has ended, and we could now see the price rise in corrective wave ②.

After reaching this level, the currency pair is expected to decline below the previous minimum in primary impulse ③.