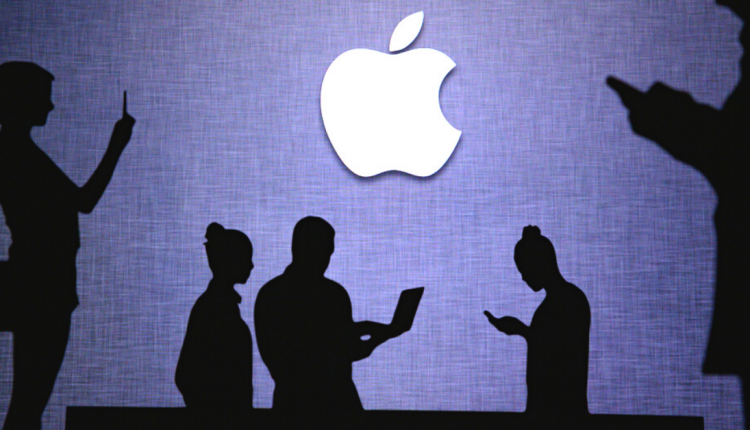 Shares in US tech giant Apple are broadly flat ahead of the open on Wednesday. This is despite news this week of a pending lawsuit against the company.

Consumer rights activist Max Schrems has filed a formal privacy case against the company in Europe. Schrems claims that the ID generated by iPhones allows advertisers to track users and is a violation of privacy regulations.

Schrems recently won a landmark ruling against Facebook which placed restrictions on the company’s data transfers between the EU and US. Screms’ non-profit, privacy group “Noyb” has now filed formal complaints against Apple in Germany and Spain.

Schrems has taken issue with Apple’s IDFA (identifier for advertisers) on iPhones which can be sued by advertisers to track individual user activity and target them with personalized advertising.

Apple claims that the toll enhances user privacy by stopping advertisers from using other means of tracking users. However, Noyb claims that just the generation of a trackable ID could breach EU privacy laws. This is because it is generated without the user’s knowledge or consent.

“Tracking is only allowed if users explicitly consent to it. This very simple rule applies regardless of the tracking technology used. While Apple introduced functions in its browser to block cookies, it places similar codes in its phones, without any consent by the user. This is a clear breach of EU privacy laws.

With our complaints, we want to enforce a simple principle: trackers are illegal unless a user freely consents. The IDFA should not only be restricted but permanently deleted. Smartphones are the most intimate device for most people, and they must be tracker-free by default.”

However, Apple has been quick to downplay the claims. In a statement released in response, Apple said:

“The claims made against Apple in this complaint are factually inaccurate and we look forward to making that clear to privacy regulators should they examine the complaint. Apple does not access or use the IDFA on a user’s device for any purpose.” 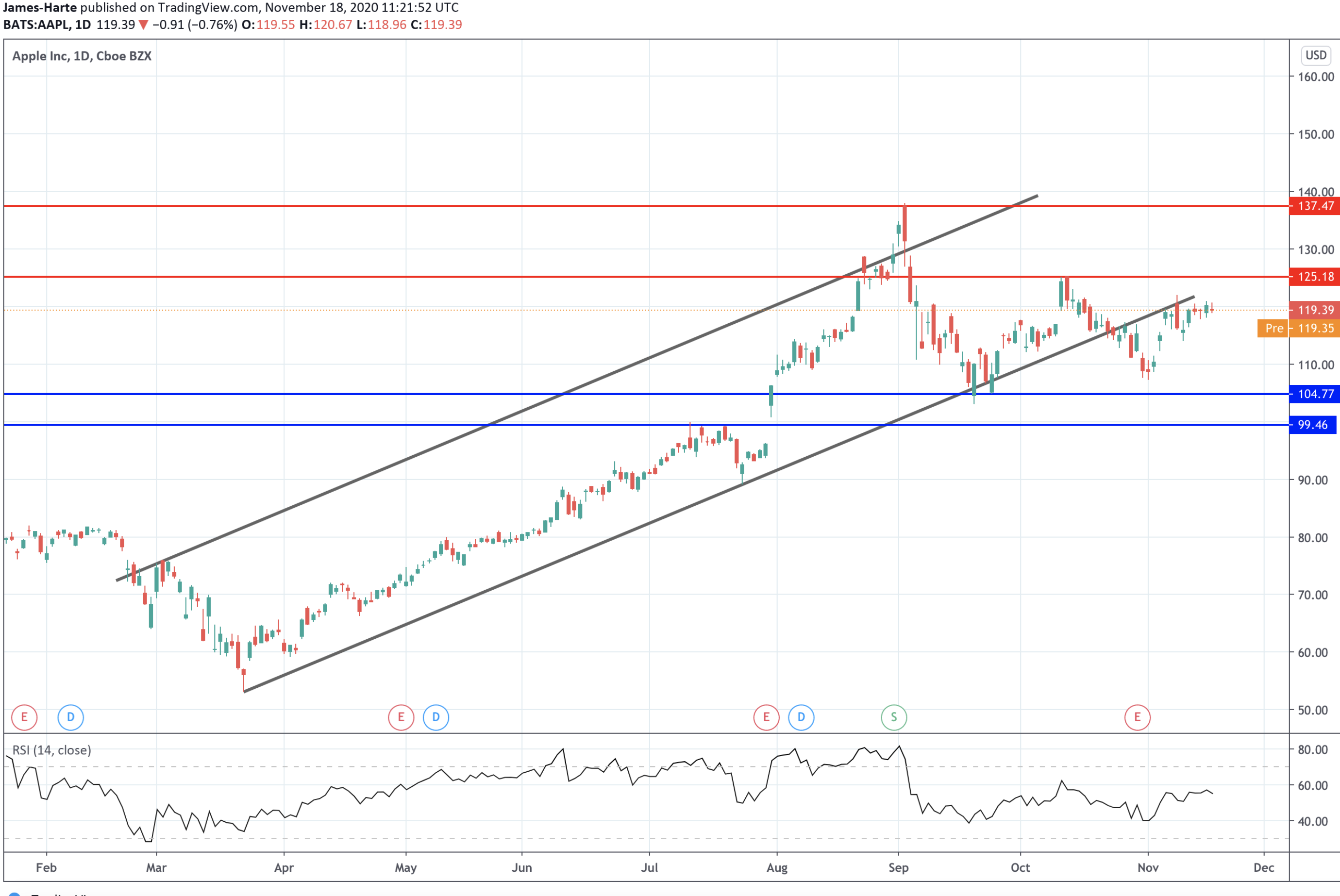 Shares continue to rotate within the 104.77 – 125.18 level range. This has framed price action over recent months.

For now, Apple shares are capped by the broken bullish trend line, which is acting as resistance. However, in light of the longer term bull trend, the focus remains on the further upside in the medium term.