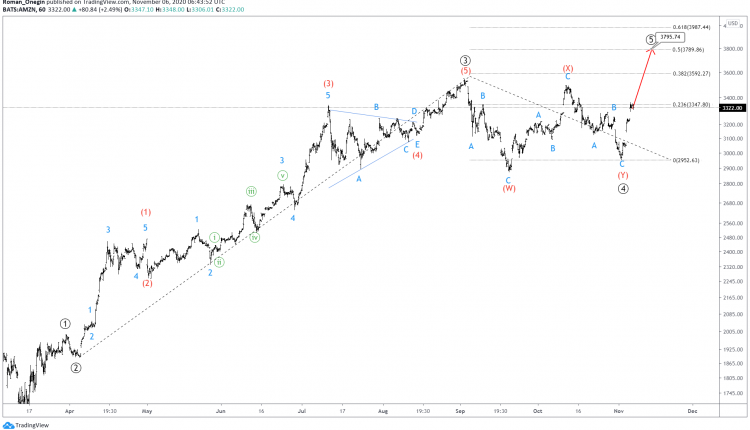 The current AMZN formation hints at a bullish impulsive ①-②-③-④-⑤ trend of the primary degree.

The first four parts of the pattern are fully complete.

Corrective wave ④ took the form of a double zigzag, which consisted of intermediate sub-waves (W)-(X)-(Y). 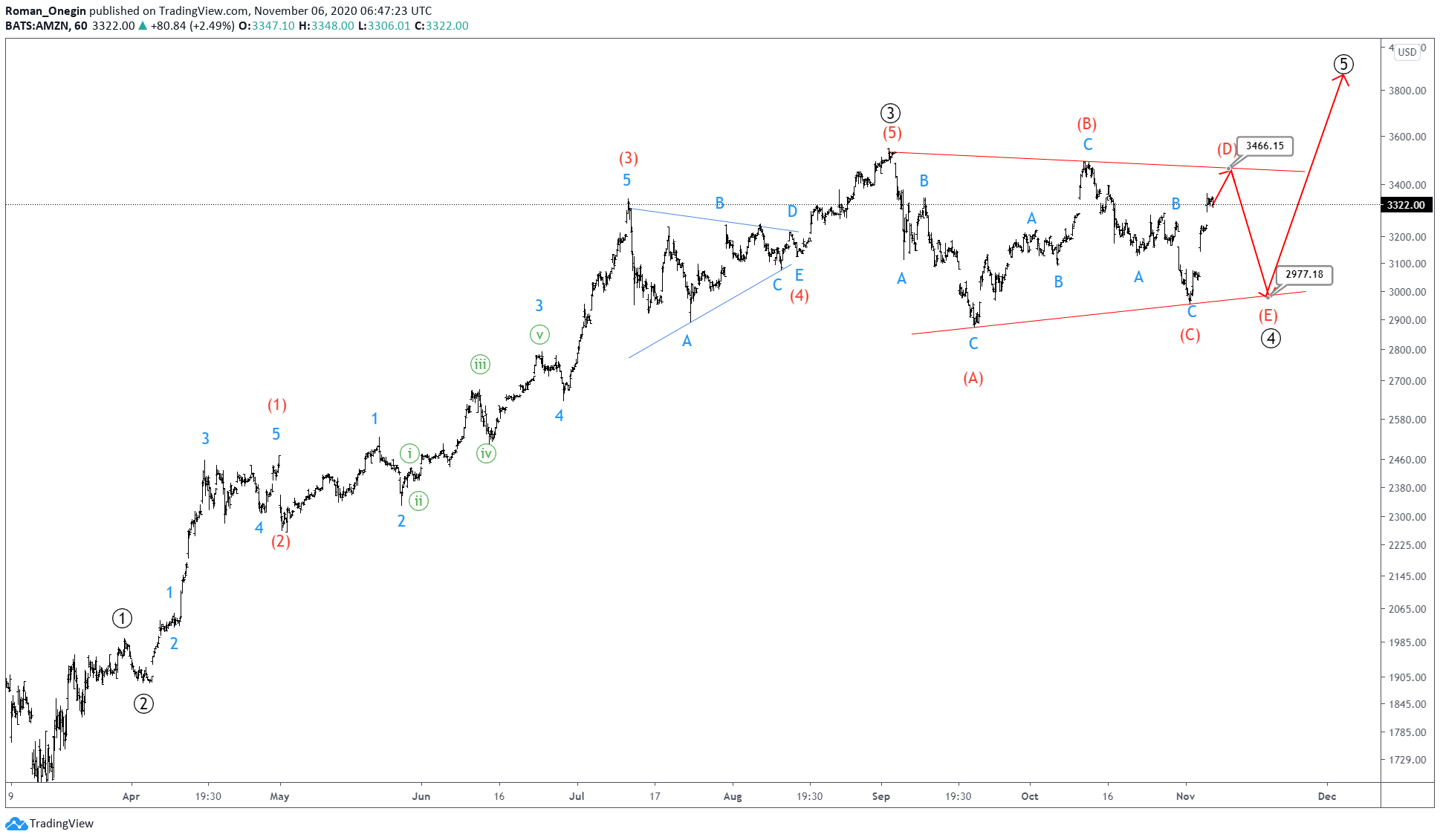 An alternative scenario shows the corrective wave ④ is still under development.

In this case, we could see the formation of a flat in the form of a triangle.

Currently, we could expect the intermediate wave (D) of this triangle to end at the resistance line near 3466.15.

After the completion of the triangle, a rise is expected in the primary wave ⑤.

Metals Jump on US Election Dynamics