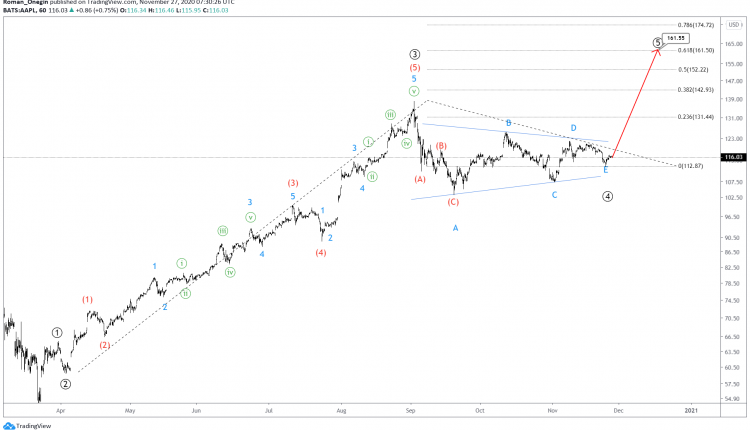 The current APPL structure hints at a bullish impulse consisting of sub-waves ①-②-③-④-⑤.

At the time of writing, waves ①-②-③-④ have ended with the latter being a contracting triangle.

In the short term, we could expect a slight increase in the final wave ⑤ near 161.55. 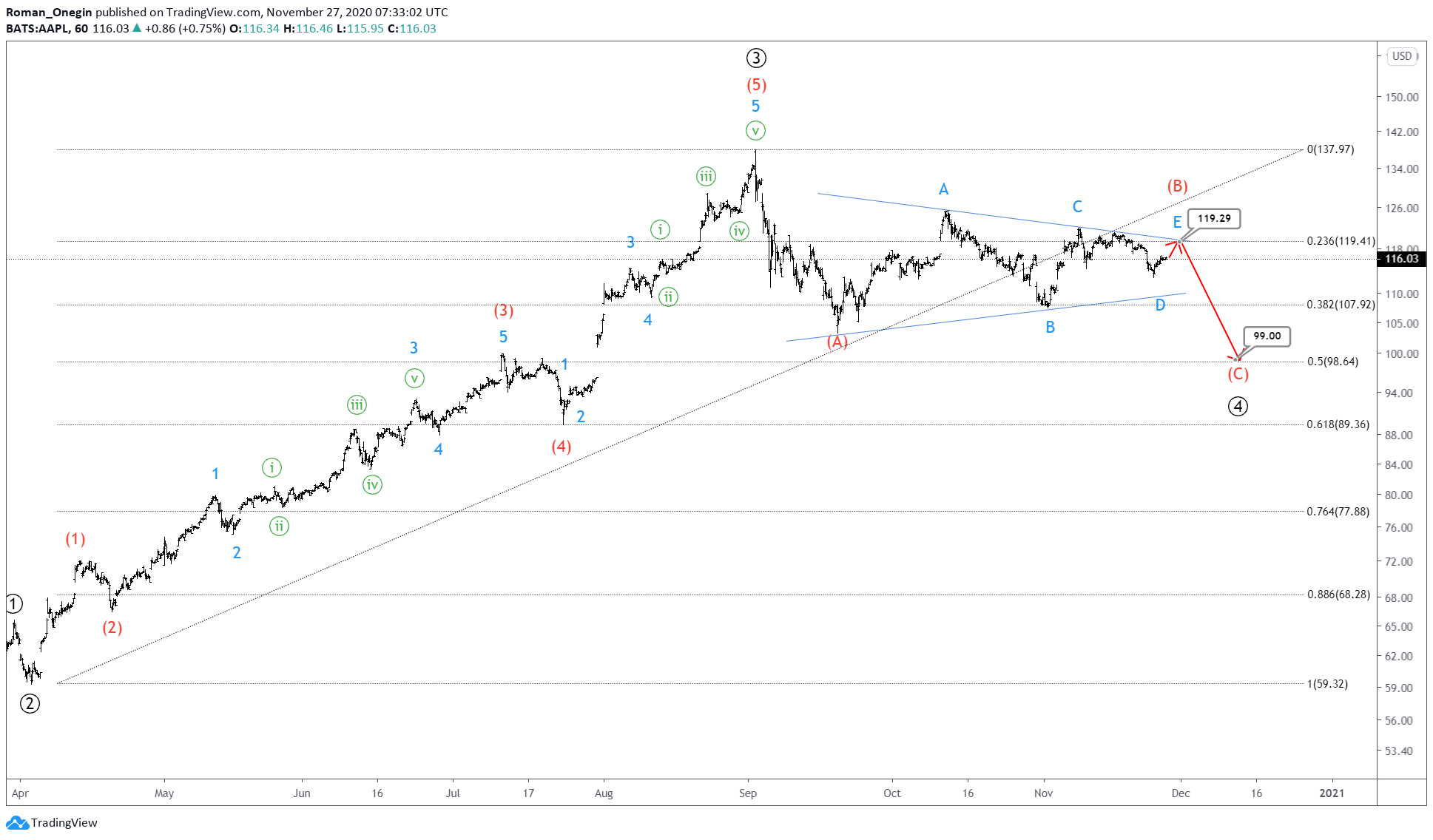 Intermediate correction wave (B) takes the form of a simple (A)-(B)-(C) zigzag.

Wave (B) is a contracting triangle and is likely to end at the resistance line through the verticles A and B near 119.29.

Finally, we could expect a decline in prices in the intermediate wave (C) to the 99.00 area, where the primary correction ④ will be at 50% of impulse ③.