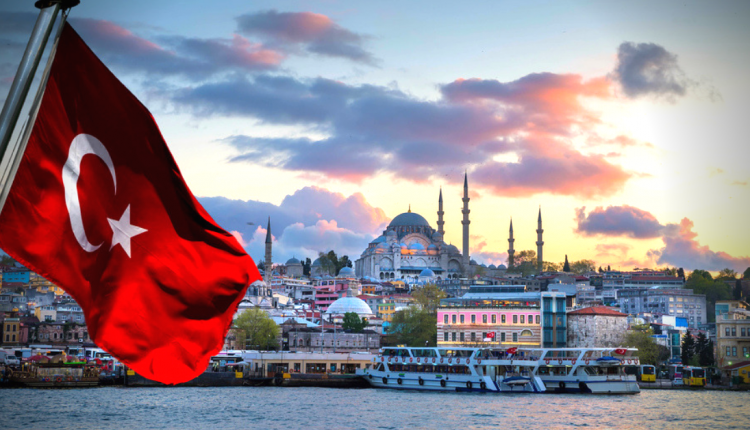 Last month, the markets were taken completely by surprise when the CBRT raised interest rates by two percentage points.

That 200 basis point increase, in comparison to other central banks, is the equivalent of four ‘raises’.

The move was shocking not only because of its size but also because it went against the direction virtually every other central bank was taking.

Also, most analysts thought that the CBRT had had the majority of its independence eroded by the government. They had assumed the government wanted to keep interest rates low to boost the economy.

But, the situation in Turkey is a little more complicated.

The country is running the risk of further sanctions both from the EU and the US over geopolitical disputes. But if we focus only on the economic numbers, Turkey’s monetary policy can’t be judged within normal parameters.

In 2018, Turkey had the second-highest effective policy rate in the world at 24%. It subsequently cut that by a whopping 1,200 basis points before COVID really started to hit.

But the policy change didn’t support the economy as was hoped, and the currency fell to record lows.

What is the Real Rate?

After the surprise rate hike, the CBRT’s official policy rate is nominally at 10.25%.

But the inflation rate is officially at 11.8%. This means that in practice, the real interest rate is actually -1.55%, making it one of the lowest effective rates among emerging nations.

Even the eurozone and the US have higher effective interest rates. There is little incentive to invest in a high geopolitical risk nation if the return is negative.

The move to raise interest rates during the last meeting doesn’t seem so out of place, as the central bank tries to get their policy in line with the economic situation in the country.

Turkey is fast running out of reserves in a failed effort to support the currency, and the current account falls into deficit.

Even after raising rates at the last meeting, the currency still fell further to test new record lows against major currencies.

What Could Come Out of the Meeting

Among surveyed economists, there is universal agreement that the CBRT will raise rates at the next meeting.

The lack of consensus is by how much: between 100 to 200 basis points. Even those who forecast only a 100 basis point hike expect a further 100 points at the next meeting in November.

Another 200bps raise would put the effective rate at least officially into positive. This might be enough to stem the currency’s free-fall.

But even with the market pricing in the potential rate hikes, and the near-universal expectation that the interest rate will be at 12.25 by the end of the year, we don’t expect inflation to soften much.

This might mean that the CBRT might actually exceed market expectations, with an even higher rate hike.
The latest survey of economists conducted by the central bank’s TCMB showed a consensus of the USDTRY reaching the 7.9000 handle by the end of the year.

It’s not until well into 2021 that economists see an improvement in the underlying fundamentals that could support the lira.

Netflix Down 5% Pre-Market On Q3 Earnings