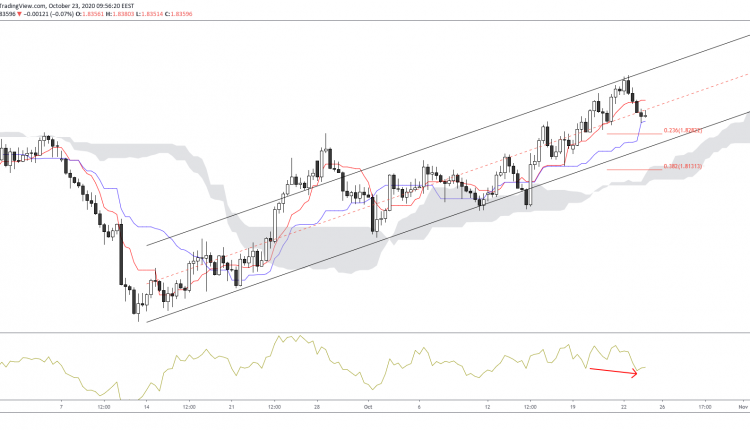 GBPAUD has been trading inside an ascending channel for a 2-month period. Since then, an attempted breakout at the upper level has been met with a mean reversion.

The said mean has been a point of support and resistance. We now look towards a possible move towards the lower channel.

Should prices drop past the said level and towards the lower channel, this would nullify the recent hidden bullish divergence on the momentum indicator.

Should the median regression act as a support, then we could see another attempt towards 1.86, which would be a confluence on the upper channel.

An intraday day perspective shows support at the upper border of the Ichimoku cloud. This could indicate that the bias is ready to move to the median regression.

The week-long bearish divergence noted on the momentum indicator could put a halt to those proceedings. If this comes into fruition, then a slide towards the 23.6% long-term Fibonacci leg would see prices fully engulfed in the cloud.