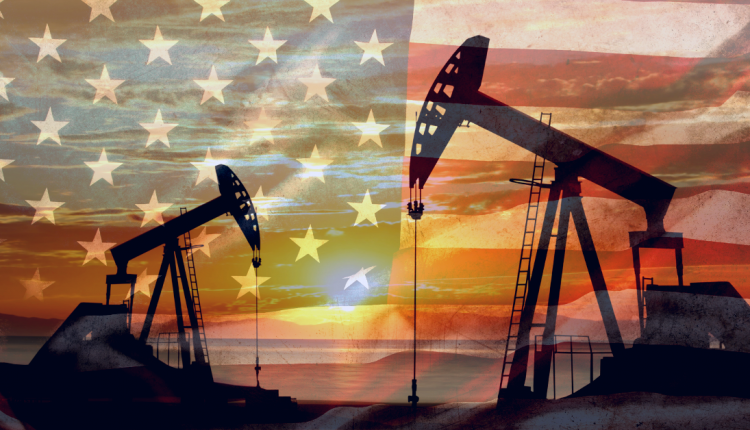 Crude oil prices have fallen lower once again this week despite a mostly bullish report from the Energy Information Administration.

The EIA reported that in the week ending October 16th, US crude inventories decreased by 1 million barrels.

This latest adjustment takes the total inventories level in the US down to 488.1 million barrels. Stockpiles are now just 10% above their five-year seasonal average.

This marks a reduction of more than half of where they were sitting just a few months ago.

Despite the decrease in headline crude inventories, the climb in gasoline inventories was somewhat disappointing.

Gasoline inventories increased by 1.9 million barrels over the week, taking stockpiles back up to 2% above their five-year seasonal.

Meanwhile, distillate stockpiles fell by a further 3.8 million barrels. They are now just 19% above their five-year seasonal average.

Looking at price action in crude in response to the data, it seems that the market is a little wary that the downward momentum in crude inventories is falling. This is accentuated by the increase in gasoline inventories, suggesting that demand is slowing.

Given the rising COVID figures in the US and the risks of a return to lockdown, this data looks to be exerting downward pressure on crude prices.

This marks a reduction of 12.9% on the same period last year. It has also grown deeper since the last weekly update, reflecting a loss of demand.

The total motor gasoline products supplied number averaged 8.6 million barrels per day over the last four weeks. This is down by 8.7% on the same period last year.

Meanwhile, the total distillate products supplied number averaged 3.8 million barrels per day. This is down 7% on the same period last year.

While the rising fears around the pandemic are creating downward pressure on oil, this is being offset to some degree by the heavy sell-off in the US dollar.

This comes as Democrats and Republicans look to be moving closer to agreeing on a stimulus deal.

If such a deal is agreed upon, this will be a firm boost for risk appetite and should see oil prices supported in the near term.

Crude Holding Above Channel For Now 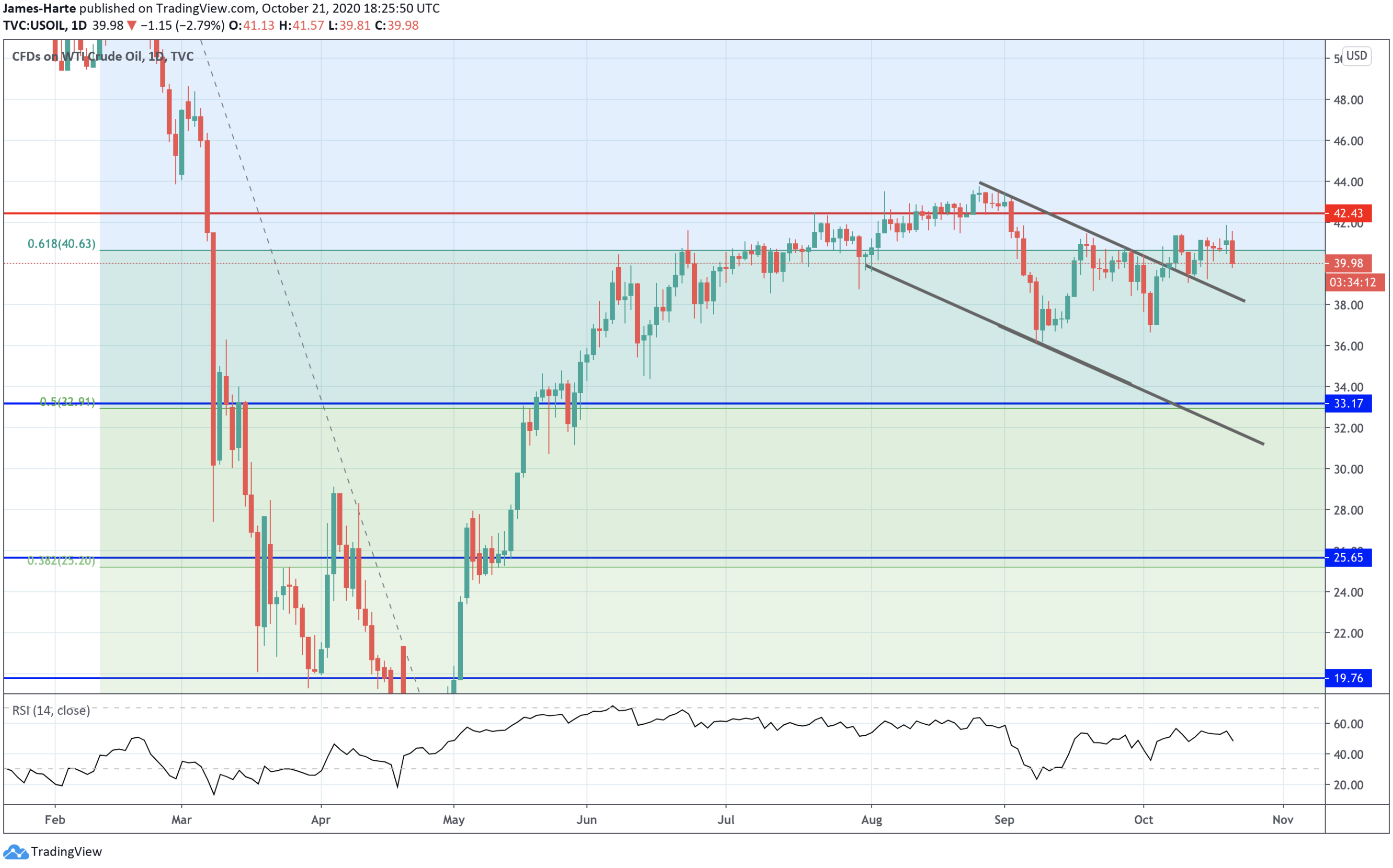 Having broken out above the bearish channel from August highs, crude prices failed to breach the 42.43 level and have since begun to reverse again.

For now, the medium-term view remains bullish, while price holds above the broken channel. However, should price move back into the bear channel, this will turn focus to the 33.17 support.