Intermediate zigzag ④ consists of impulse wave (A) and corrective wave (B), which include waves W-X-Y of a corrective double zigzag.

Prices are then likely to decline to 98.97. At this level, primary correction ④ will be at 50% of impulse wave ③. 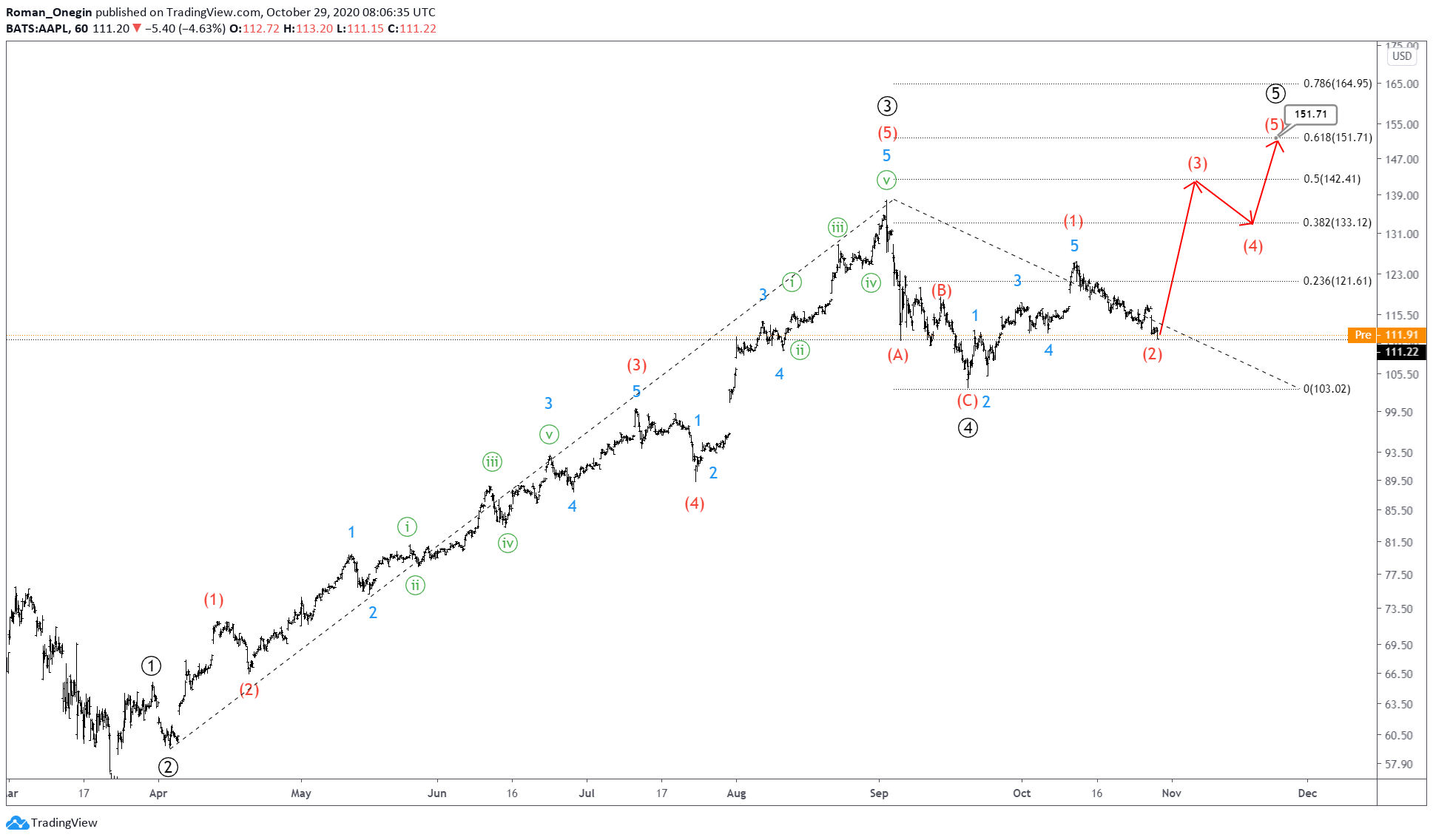 An alternative scenario shows the structure of the bullish impulse, in which the primary correction ④ has already been formed.

Intermediate degree impulse wave (1) and the corrective wave (2) have ended. The sub-waves hint at the construction of the initial part of the wave ⑤.

Therefore, in the medium term, we could see AAPL share prices rise in the intermediate sub-waves (3)-(4)-(5).