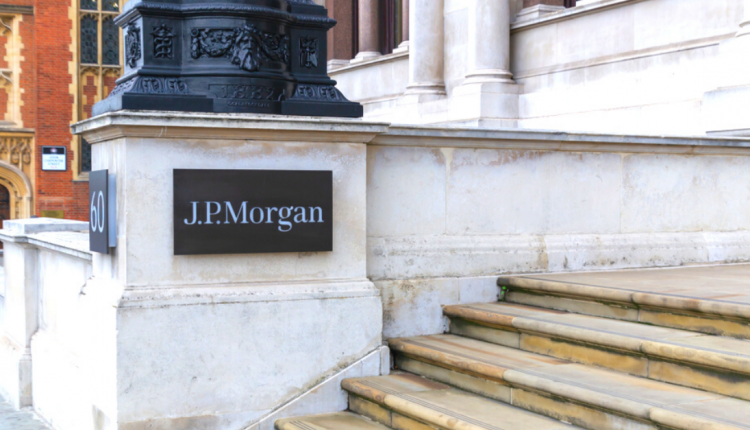 Shares in US banking firm JPMorgan Chase are trading almost 2% lower pre-market on Thursday. The bank’s stock price was under pressure this month despite a positive Q2 earnings release. Investors have been disheartened by news that the bank is in the final stages of agreeing a record $1 billion settlement as a means of resolving government investigations into their trading practices.

JPMorgan has been under investigation over claims that it manipulated metals and treasuries markets.

The case was first raised in September 2019. 14 criminal charges were brought against three former employees of the firm. Among those included in the trial was the global head of base and precious metals trading. Under the Racketeer Influenced and Corrupt Organisations Act (RICO), the three former employees, along with eight unnamed co-conspirators were charged

The trading practices in question refer to “spoofing”. This is a process whereby traders submit large volumes of fake orders in order to influence price action. The practice is often combined with front-running of client orders in a bid to drive up/or down prices.

The breakdown of the data was particularly impressive. Trading revenues saw a 79% increase to a record $9.7 billion. A large part of this increase was due to the strong growth in the firm’s bond trading business. JPMorgan posted bond trading revenues of $7.3 billion over the quarter. This marked a 120% increase on the same period last year. This was well above estimates of a $5.84 billion result and was accompanied by equities trading revenues of $2.4 billion, which beat estimates of a $2.07 billion reading.

While the results were resoundingly positive, JPMorgan CEO Jamie Dimon was keen to deliver a message of caution and reassurance. He said:

“Despite some recent positive macroeconomic data and significant, decisive government action, we still face much uncertainty regarding the future path of the economy. However, we are prepared for all eventualities as our fortress balance sheet allows us to remain a port in the storm.” 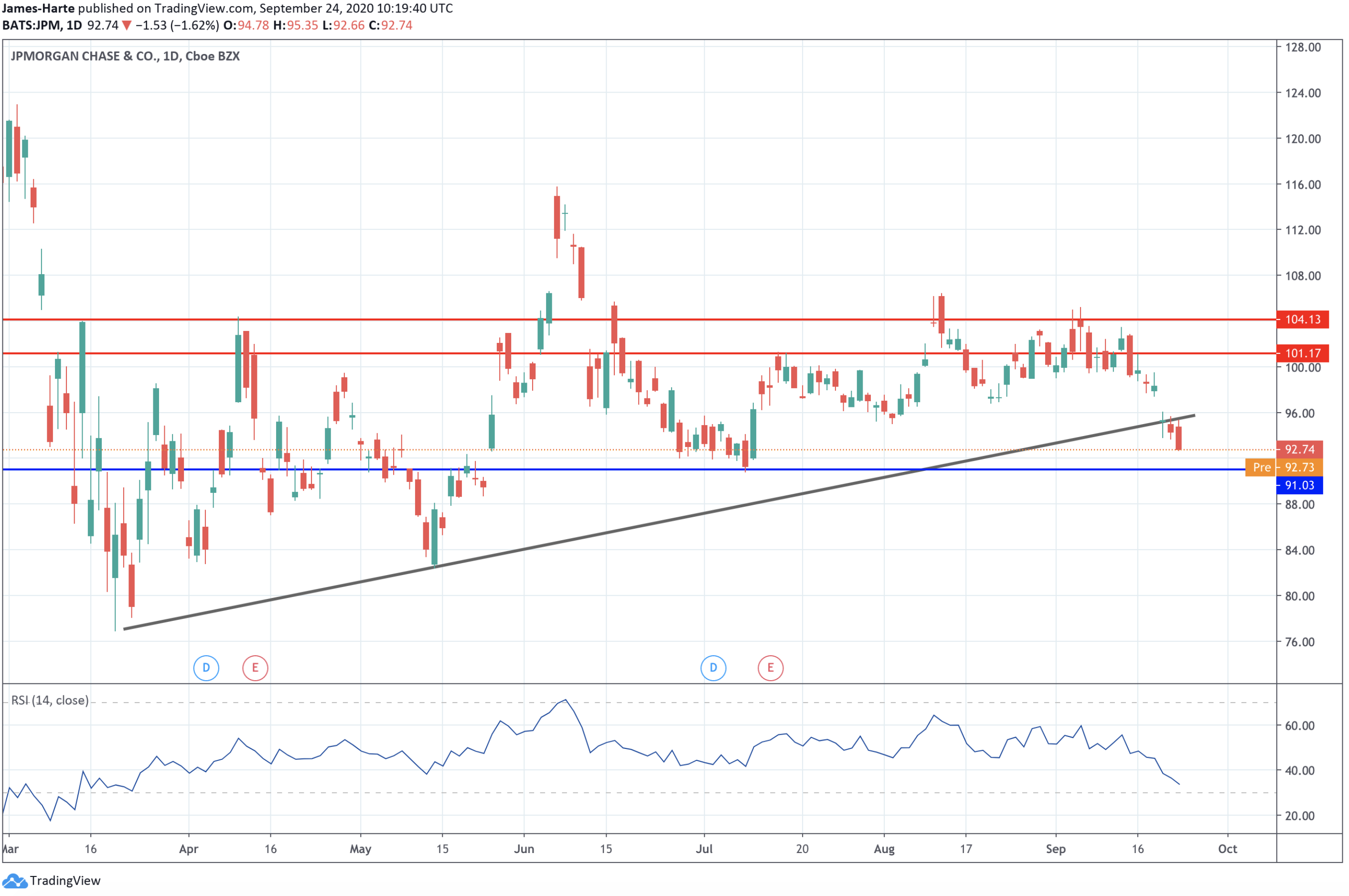 JPMorgan shares have now broken down through the rising trendline from 2020 lows and are fast approaching the 91.03 level support. With the RSI indicator having shown clear bearish divergence at the recent highs, focus is on the continued downside in the near term and a break of the 91.03 level next.