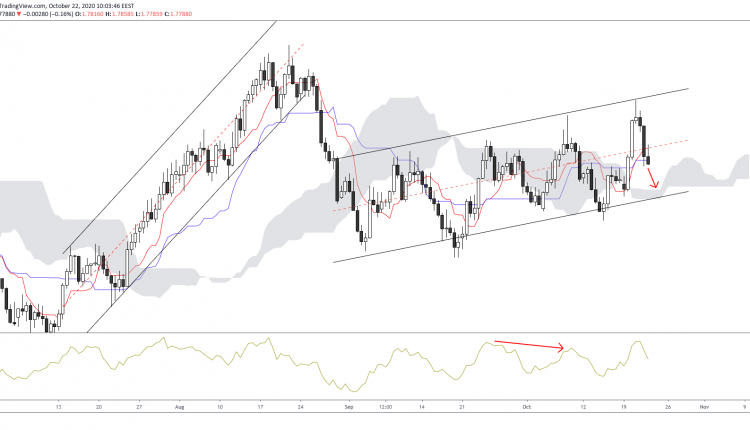 Since July, EURNZD was trading in a constructive ascending channel until a fall of over 4%, led prices down the mid 1.74 region.

Since then, however, the currency pair has found itself once again trading with another ascending channel. This particular channel is not as aggressive as the previous and is now looking at exhaustion at the median regression.

A hint of bearish divergence on the momentum indicator suggests that prices now favor the lower channel. This is also a confluence of the upper border of the Ichimoku cloud.

Therefore, another move to the downside is expected, as we wait for further clues of support.

A shorter-term perspective looks at a standard and hidden divergence, which could suggest a shift in the recent trend.

Should the cloud engulf prices, then the 50% and 61.8% would be the next targets. With the latter being a confluence with the lower channel at 1.7667.

However, a bounce at the 38.2% could signal support, leading to another push at the median regression, and towards recent highs.