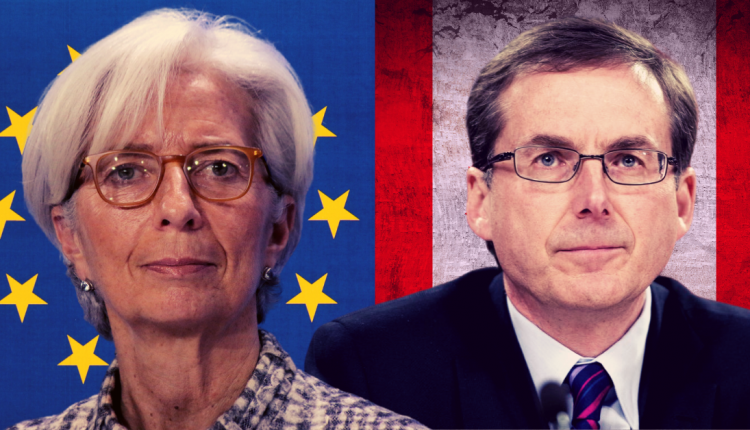 It was a busy week for the Australian dollar. The Reserve bank of Australia held its monetary policy meeting last week.

While retaining the key lending rate and QE purchases, the central bank increased the size of its Term Funding Facility for banks, in a bid to keep borrowing costs low.

Later in the week, the second-quarter GDP report showed that the Australian economy shrank by 7%. This was larger than the forecasts pointing to a 5.9% decline.

The Q2 decline follows a 0.3% contraction in the previous quarter. This also put the Australian economy into a technical recession for the first time in nearly 30 years.

Global Manufacturing Picks up in August

China’s manufacturing sector expanded for the fourth consecutive month. The PMI rose to 53.1 in August, from 52.8 in July.

In Europe, manufacturing activity was a bit more moderate. The euro area manufacturing sector fell to 51.7 in August, compared to 51.8 in July.

Activity in the UK was solid, as the IHS Markit’s manufacturing PMI hit a 30-month high, rising to 55.2.

In the United States, the ISM manufacturing PMI rose at a faster pace, climbing to 56.0 from 54.2 previously.

Eurozone Inflation Slips for the First Time in 4 years

The latest consumer price data from the eurozone showed that the index turned negative for the first time in four years.

On a year over year basis, headline inflation fell by 0.2%, resulting in erasing the 0.4% increase in July.

The core inflation rate, which strips out the volatile food and energy prices, rose by 0.4%. This was well below the forecasts of 0.9% penciled by economists.

Payrolls Rise at a Slower Pace in August

However, compared to the previous month, the gains came at a slower pace.

The US economy added 1.37 million jobs in August according to data from the Labor Department. This comes following a downward revision of July’s 1.73 million.

Economists had forecast an increase of 1.4 million. The US unemployment rate fell to 9.8% in August, down from 10.2% previously. Meanwhile, the average earnings rose 4.7% on the year.

The Canadian economy added 246,000 jobs in August, marking a slower pace of gains compared to +419k jobs in July.

Still, this marked the fourth consecutive monthly increase in the number of jobs added.

Most of the jobs came from full-time jobs which had been lagging behind part-time job gains. The unemployment rate fell modestly from 10.9% in July to 10.2% in August.

The Bank of Canada will be holding its monetary policy meeting this week on Wednesday. Economists do not see any major changes at this week’s meeting with the BoC likely to keep rates steady at 0.25%. The central bank could also keep its bond purchases steady at C$5 billion. The expectations come amid a broadly steady economy which is holding up against the pandemic. Retail sales showed a huge growth and the latest jobs report continues to show a steady fall in the unemployment rates.

The European Central Bank will be holding its monetary policy meeting this week.

While no changes are expected in terms of interest rates, there is speculation that the ECB will boost stimulus. This comes following reports from a few weeks ago, showing that the central bank was willing to roll out new stimulus measures to shore up the economy.

The ECB unveiled $3 trillion in stimulus since March. The latest PMIs paint a mixed picture, underscoring A pickup in business activity.

Meanwhile, consumer prices in the eurozone contracted for the first time in four years. This could prompt policymakers to unleash more stimulus measures.

China Inflation Set to Rise at a Slower Pace in August

China will be releasing the monthly inflation figures report on Wednesday.

Economists forecast that the pace of increase in headline inflation will slow in August. Forecasts show a 2.4% increase in August on a year over year basis.

The increase is a slower pace compared to the 2.7% increase in July. China’s inflation fell to 2.4% in May but managed to pick up the pace once again.

Meanwhile, producer prices or factory-gate inflation are forecast to fall but at a slower pace of 1.9%. This comes following a 2.4% decline in the month before.

US Consumer Prices to Rise in August

Investors will be looking towards the monthly inflation report from the US due on Friday.

Headline inflation is forecast to rise by 0.3% monthly. This marks a slower pace of increase compared to the 0.6% increase in the month before.

On an annual basis, the headline inflation is forecast to rise by 1.2%, up from a 1.0% increase in July.

The core inflation rate, which strips the volatile food and energy prices, is forecast to rise by 0.2% monthly, marking a slower pace of increase compared to 0.6% in July.

On an annual basis, core inflation prices are forecast to rise by 1.6%, marking the same pace of increase as the month before.

The Week Ahead: Imitation Game