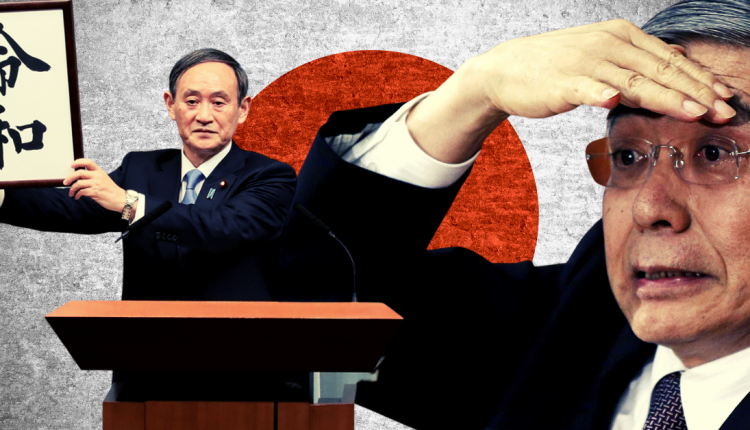 The major theme of this cycle’s central bank meetings is the “pivot” from emergency COVID measures towards a more balanced policy to support the emerging recovery.

Some of the policies introduced are simply not sustainable in the medium term, such as the Fed’s unlimited buying of assets.

As we get closer to the final quarter of the year, regulators are likely to be cautious about adjusting policy.

The market hates surprises, so central banks are going to try to telegraph policy changes.

Therefore, we want to be extra curious about comments from the press conferences. They’re likely to have a much higher potential to move the market.

Japan to Stay the Course

Just yesterday, Japan went through a bit of a political convulsion. Yoshihide Suga was effectively voted in as the new Prime Minister and takes over today.

The theme of the internal party election was to maintain political continuity from Shinzo Abe, with special emphasis on ensuring no change in monetary policy.

Following that, we expect the BOJ to actively reassure the market by keeping rates unchanged. They also will likely make no modification to asset purchases.

As such, the policy meeting probably won’t correct the recent move in the yen. This move has largely been attributed to “profit-taking” and a little nervousness as Suga reshuffles the Cabinet.

We still ought to pay attention to Kuroda’s extended press conference following the decision. It’ll help us ascertain whether he repeats the “wait and see” stance the bank has been maintaining or gives some hints as to when they might have “seen” enough.

The consensus so far is that the BOE is likely to keep its policy steady during this meeting.

However, the rising concerns over Brexit, increase in COVID cases, and a weaker pound have been putting pressure on the bank. Therefore, the BOE may feel compelled to either say something or change their policy

There are a majority of analysts who expect the bank to announce further easing at its November meeting. The press conference would be a great opportunity for Governor Bailey to prepare the market for it by at least hinting at the need to expand asset purchases.

In any case, the market is already pricing in a dovish statement, . Therefore, any surprise from the BoE is likely to put the risk on the upside – as long as no new Brexit headlines come along to push the sterling down again.

The South African economy showed the worst performance ever in Q2. Not exactly a surprise, and reason to suspect the bank will continue to support the economy.

However, the latest data shows the rebound has been much faster than expected, opening the threat of increased inflation.

Expectations are fairly split, with 60% of economists expecting the SARB to stay the course, while the remainder expects a 25bp cut.

So far, the market hasn’t adjusted to either scenario. Therefore, we could see some strong moves in the rand immediately after the meeting ends.

NZDJPY Bulls Eye Another Attempt at $72

Will Powell Sound the Fiscal Alarm?