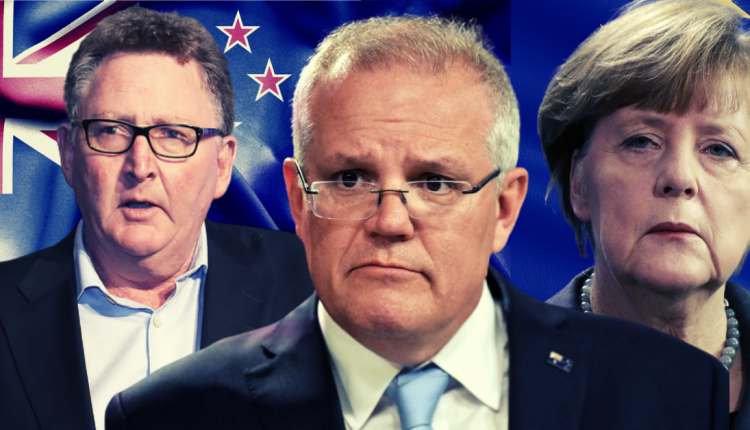 The Bank of England held its monetary policy meeting on Thursday. While leaving interest rates unchanged at 0.10% it also left the bond-buying program steady at £745 billion.

The decision to leave interest rates unchanged was unanimous. The central bank said that it does not expect the UK’s economy to rise more than the pre-coronavirus level at least until the end of 2021.

In the short term, policymakers were optimistic. According to the officials, the GDP is forecast to shrink by 9.5% in 2020, compared to the 14% contraction that was forecast in May.

US Services & Manufacturing Activity Picks Up in July

Both measures of activity, covering services, and manufacturing saw a modest increase in July. Data from the Institute of Supply Management showed manufacturing activity rising to 54.2 in July, up from 52.6 in June.

The non-manufacturing services activity grew to 58.1, up from 57.1 in June. The data represents an increase in growth in both sectors.

The services activity is up for two consecutive months. However, overall, business remained concerned about the labor market despite a short term increase in new orders activity.

The latest data from New Zealand showed that the unemployment rate fell to 4.0% on a seasonally adjusted basis. This was down from 4.2% in the previous quarter.

Economists forecast that the unemployment rate could rise to 5.8% during the period. The employment change fell 0.4% on the quarter compared to estimates of a 2.0% decline.

There was some positive news from Germany this week after data showed an improvement in both exports and industrial production numbers.

Exports and imports grew faster than in the previous month. Exports rose 14.9% on the month, following on a 8.9% increase in May. Imports grew by 7% in June from 3.6% in May.

US Unemployment Rate Dips to 10.9% in July

The latest monthly labor market report from the Commerce Department showed that the unemployment rate fell to 10.9% from 12.3% previously.

Economists polled expected the jobless rate to fall to 11.1%. The US economy also added 418.5k jobs during the month. The data was also more than the estimates of 395k. However, it was about half of the jobs added in June.

There was also a modest pick up in the hourly earnings. Wages rose by 0.2% on the month against a forecast of a 0.5% decline. Wages for the previous month was revised down to show a 1.3% contraction.

The Reserve Bank of New Zealand will be holding its monetary policy meeting this week. According to the general estimates, economists do not expect the RBNZ officials to change interest rates at this week’s meeting at 0.25%.

However, there is a possibility that the central bank will expand its quantitative easing program. The RBNZ’s QE program currently stands at 60 billion NZD.

That said, this remains doubtful as recent economic data showed that the impact of the Covid-19 was not as bad as expected.

Australia Unemployment to Rise in July

The monthly labor market report from Australia is due this week. Forecasts show that the unemployment rate will rise from 7.4% to 7.8% in July.

However, investors might shrug aside the data given that some major parts of Australia are in a lockdown once again. Ahead of the jobs report, we will also get the quarterly wage price index.

No changes are forecast as the wage price index is forecast to remain steady at 2.1% on the quarter and 0.5% on the year.

The preliminary GDP report from the eurozone is due out during the week. Economists foresee that the economic activity contracted by yet another 12.1% in the three months ending June 2020.

The data comes on the back of various eurozone economies, including Germany, slipping into contraction during the second quarter of the year.

US Inflation & Retail Sales on Tap

The monthly inflation data will be coming out of the US. Economists forecast that headline consumer prices rose by 0.8% in July on a year over year basis. This marks a notable increase from 0.6% in June this year.

The core inflation rate is forecast to rise at a slower pace of 1.1% on the year, down from 1.2% previously. Later in the week, the retail sales report will show how Americans spent amid the pandemic uncertainty.

Will the S&P500 Close Near Record Highs?

The Week Ahead: Technology Supremacy