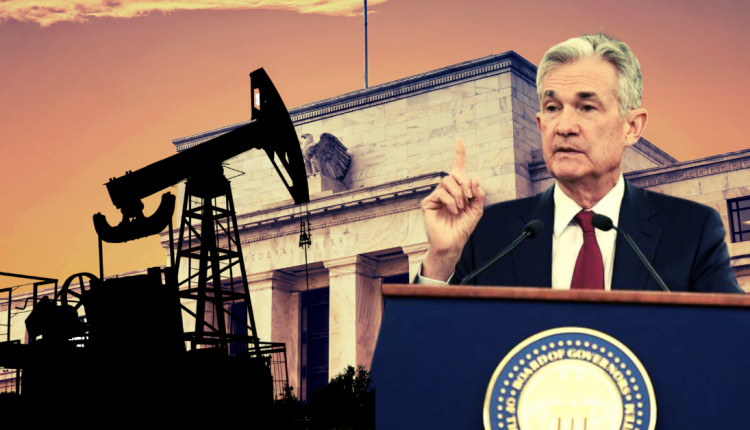 Ever since the Fed announced its latest round of unprecedented QE to fight the pandemic in March, economists have been debating whether we can expect an extended period of inflation or deflation.

There are a lot of factors that fit into that equation. However, let’s look at one in particular that can have a major influence: crude oil.

There is an argument to be made that oil prices will be a strong driver of inflation over the next few years, despite government efforts to move to renewables.

A recent report by US investment bank Raymond James highlighted how changes in oil prices correlate strongly with Fed policy.

There are several factors that can explain the link. One is that businesses avail themselves of cheap credit to invest, and that pushes demand for energy.

Another is that with cheaper capital, it’s easier for traders to speculate with commodities like oil.

Perhaps the most relevant is also quite mundane. It’s just part of an inflation cycle that as the cost of raw materials needed to produce oil increases, it causes crude prices to rise.

This, in turn, causes the material prices to rise since they need oil to be produced or manufactured.

Oil prices crashed on their own. It was more so for geopolitical reasons than the sudden drop in demand because of coronavirus.

And then as lockdowns were implemented, demand dropped off massively. This impacted prices more than any recession. People aren’t usually required to stay indoors during a recession.

The lower price has pushed many of the higher-cost producers to stop. Without revenue, they are being pushed to the brink of bankruptcy, though many are able to continue for a few months burning through their capital reserves, or drawing down on credit lines.

If many companies finally do go bankrupt, the subsequent legal wrangling could keep an important amount of production off the table as demand increases when the pandemic is over.

Even those that survive will be burdened by increased debt, meaning they will have fewer funds available for exploration and developing production.

It’s a perfect storm to push the price of crude significantly higher in the medium term. With cheap money from the Fed, there will be less competitive pressure to keep prices down. If there is an increase in crude prices on the order of that seen between 2009-2011, eventually some of that will “trickle down” to all the products and services that need oil to be produced and transported.

Inflation could be driven substantially by oil prices in the medium term.