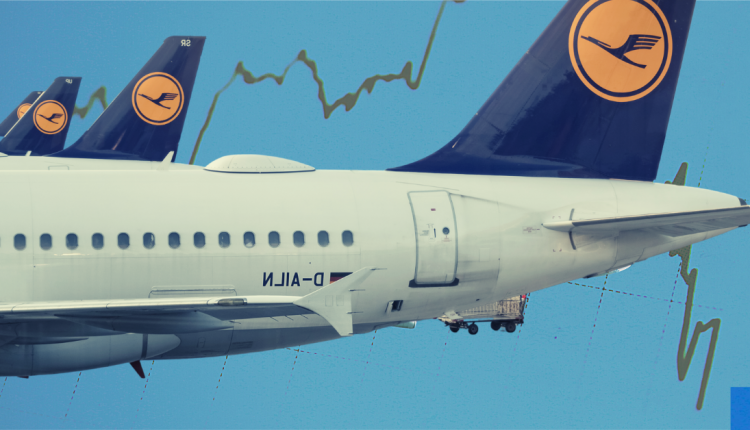 Shares in German airline Lufthansa are trading a little under 2% higher pre-market on Tuesday. Shares are trading around 22% higher on the month so far.

The rally comes despite the group recently announcing that it had paid back over 2 billion EUR in refunds to over 5 million customers. Lufthansa noted that around 90% of all refund applications from H1 had now been processed and paid. The group advised that it had “worked hard to increase its reimbursement capacities significantly”.

The firm noted that it had adapted its operational processes in order to allow for payments to be made more swiftly. Lufthansa went on to say that it aims to have completed and paid all “justified claims” by the end of the month. There are 1.4 million applications still pending currently.

Lufthansa reported earnings per share of -3.12 in Q2. This is worse than the expected -2.78. Consolidated net loss in Q2 is 1.5 billion EUR, versus profits of 226 million over the same period last year.

The company reported an adjusted EBIT of -1.7 billion EUR versus profits of 754 million over the same period last year. These losses came despite an extensive cost reduction which saw operating costs reduced by 59%.

Revenues were seen lower by 80% on the prior year, falling to 1.9 billion EUR from the prior year’s 9.6 billion EUR. Lufthansa noted that as a result of the COVID-19 pandemic, its passenger numbers fell by 96% to just 1.7 million.

Capacity was seen falling by 95% over the period with seat load factor dropping to 56%. This is 27% lower than the same period a year prior.

Looking ahead, Lufthansa has noted that it plans to increase capacity offered over Q3 to around 40% of that seen a year earlier, on short term routes, and 20% on long haul routes.

By the end of the year, Lufthansa plans to increase capacity to 95% and 70% for short and medium-haul flights respectively.

The company has also said that it expects a negative adjusted EBIT over H2 2020. They expect a further decline in EBIT over the year as a whole. In terms of the ongoing recovery, Lufthansa expects demand for air travel to return to pre-crisis levels by 2024 at the earliest. 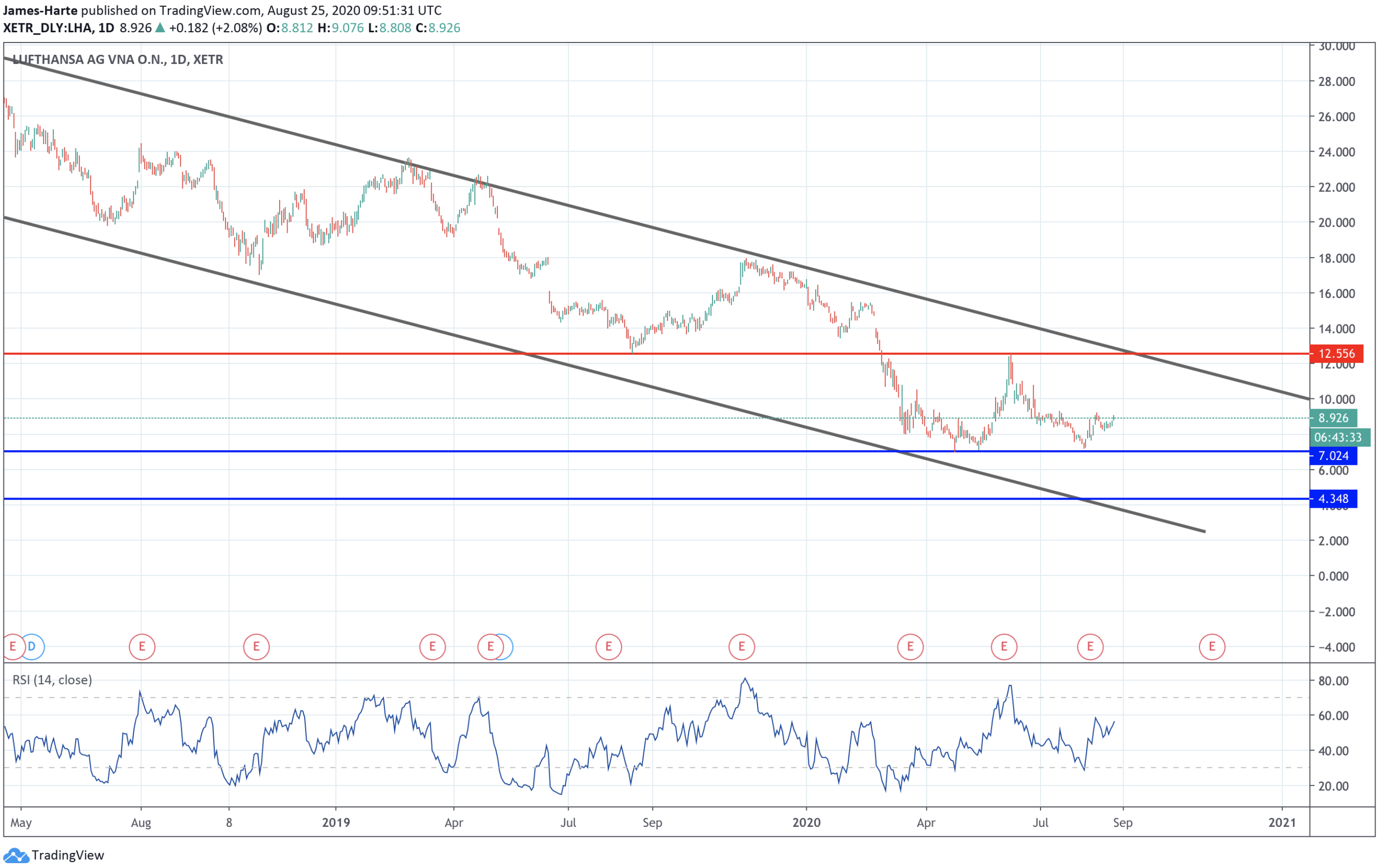 Lufthansa shares continue to trend lower within the long-term bearish channel which has framed the sell-off over recent years. Price is currently holding above the 7.024 level, for now. However, the focus is on the continued downside in the short term. The mid-1990s lows of 4.348 the next big support zone to watch.

To the topside, the next main resistance is around the 12.55 level, with the bearish channel top sitting around that price also.

Yield Curves in a Post-Vaccine World?