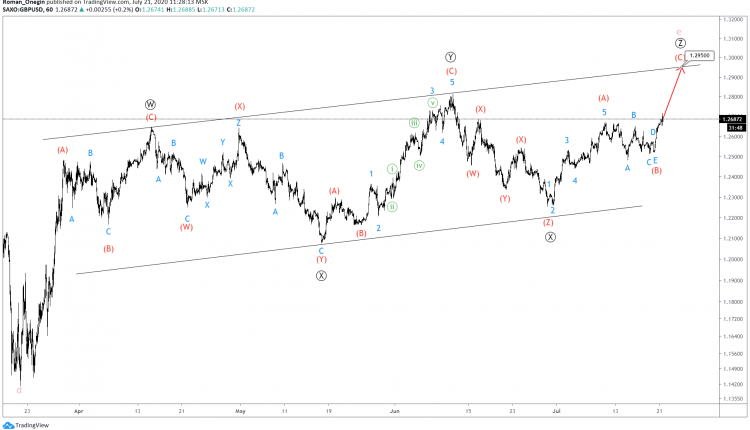 The GBPUSD formation hints to a bullish triple zigzag Ⓦ-Ⓧ-Ⓨ-Ⓧ-Ⓩ. The primary degree pattern is part of a triangle wave e.

At the time of writing, the first four waves are fully complete. The last wave Ⓩ is only half the way through.

Wave (A) completed its course in a 5-wave bullish move, whereas wave (B) formed a triangle. We could expect wave (C) to finalize the triple zigzag in a 5-wave impulse. Similar to wave (A).

This could take prices up to 1.295, near the upper channel resistance. 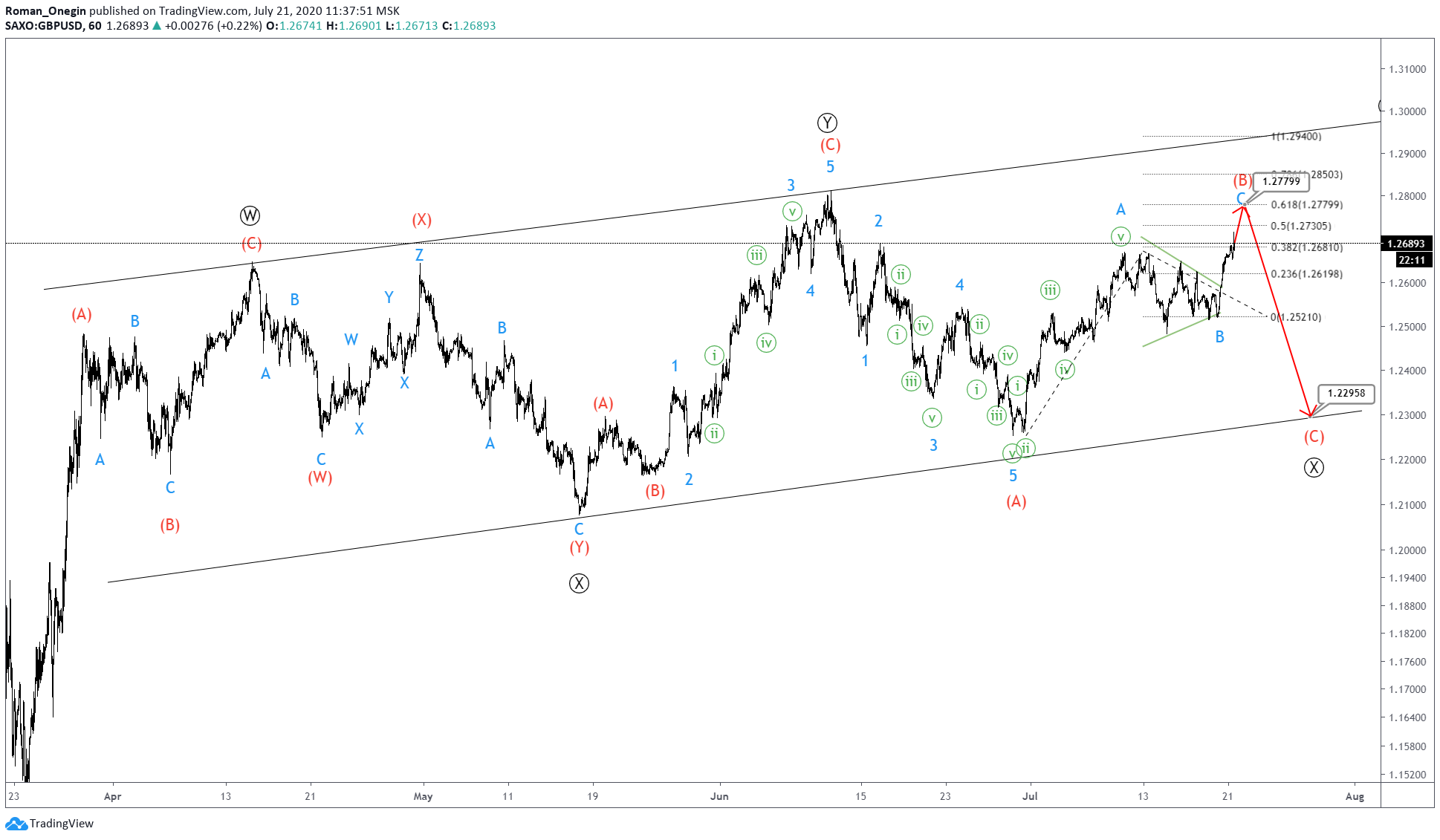 An alternative scenario suggests that the second intervening wave Ⓧ of the triple zigzag is not yet complete. This is due to the weak attempt to retest the lower channel support. Therefore, we expect a simple bearish zigzag (A)-(B)-(C) in wave Ⓧ of e.

At the time of writing, we see the development of a bullish correction in wave (B). The pattern resembles a simple A-B-C zigzag of the minor degree.

The end of the correction wave (B) is expected to trigger a decline in wave (C). This is near the 1.229 area,  the lower channel support.