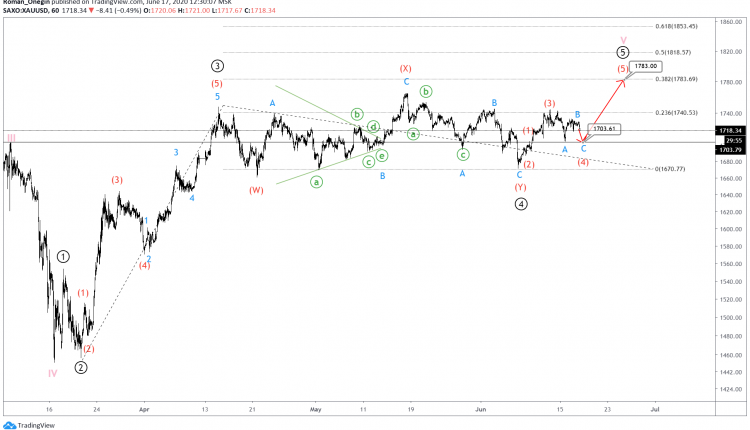 Currently, wave V is under construction. It consists of primary sub-waves ①-②-③-④-⑤.

Primary wave ④ looks fully completed on a (W)-(X)-(Y) complex correction and now we are in the final ⑤ wave. 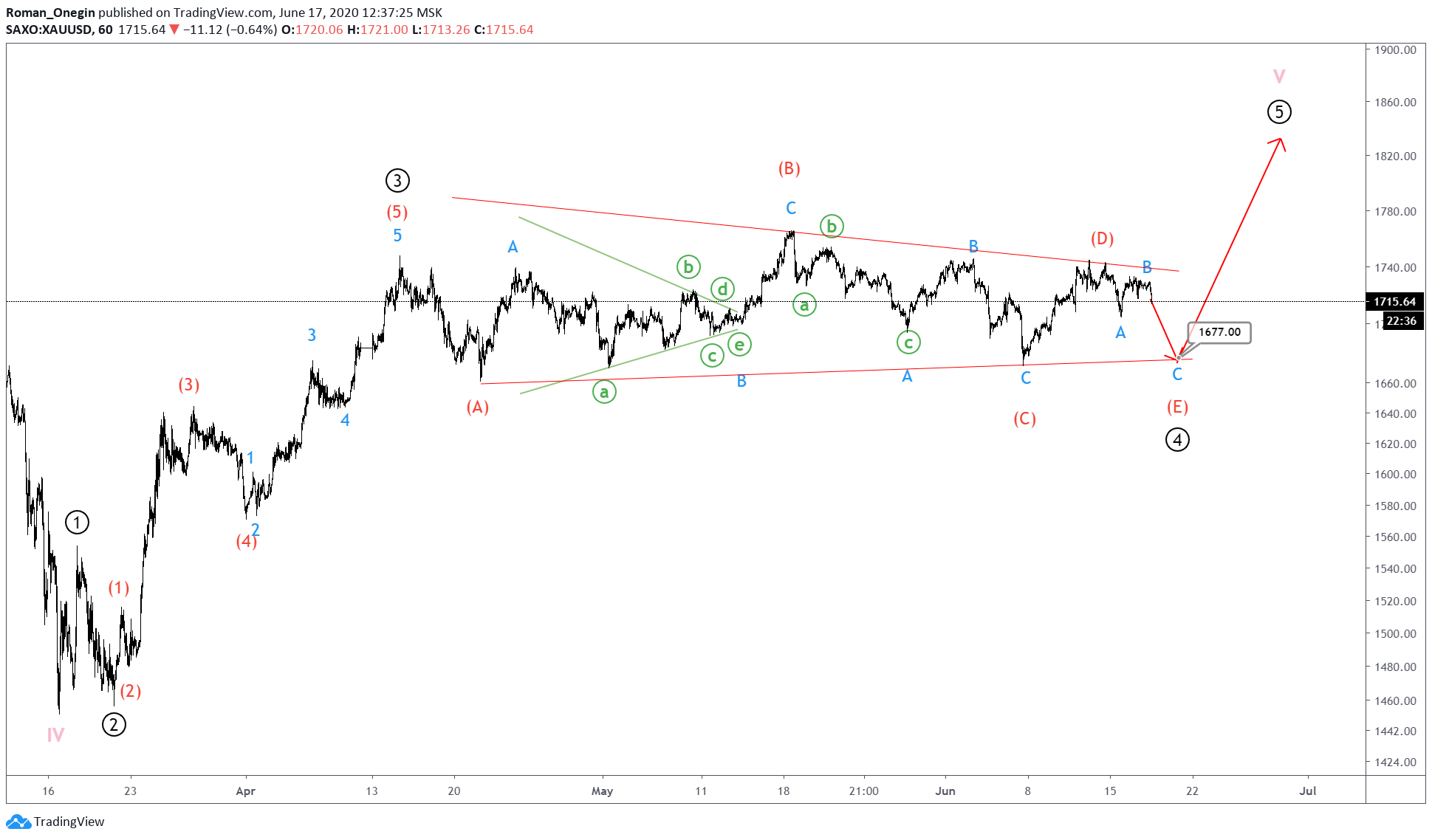 An alternative scenario suggests that corrective wave ④ will be deeper and take a triangular formation.

As part of the last downward correction, we could expect a short-term decline in wave (E), near 1677.00. This target is on the support trendline.

Then prices could continue up in the last impulse ⑤ wave.