NZDUSD Stalls Ahead of Last Leg 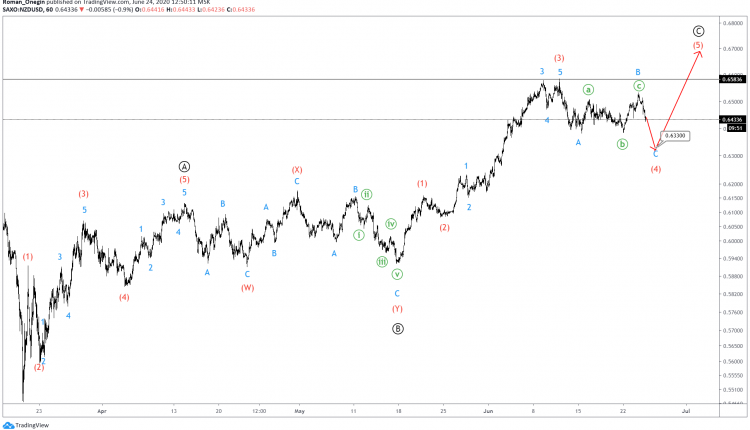 The current NZDUSD formation hints to a bullish zigzag consisting of waves Ⓐ-Ⓑ-Ⓒ.

The primary-degree structure suggests that waves Ⓐ and Ⓑ are complete. On the other hand, the impulse wave Ⓒ is still under development. It has completed only 3 parts of the 5-wave move. 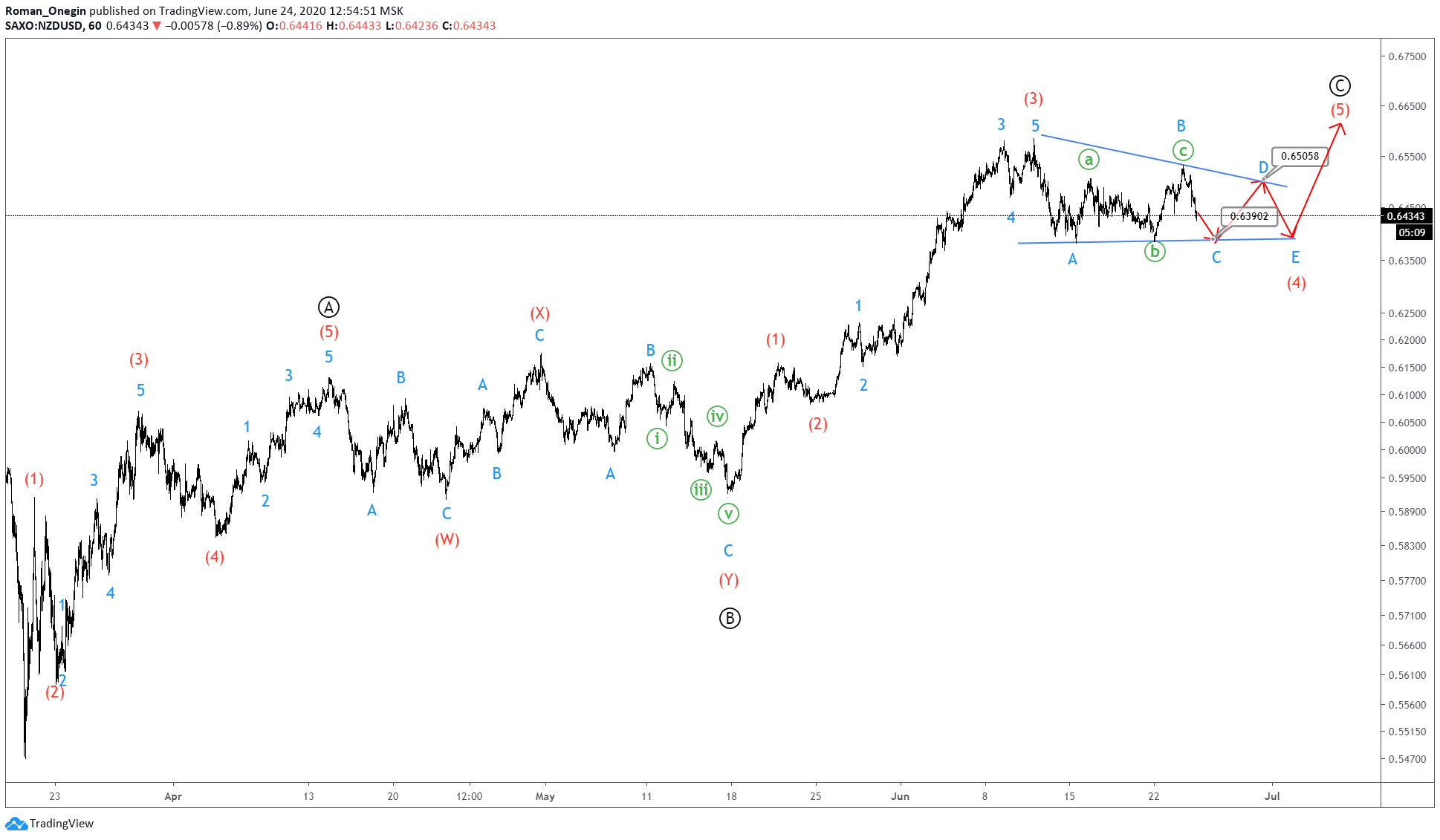 An alternative view suggests that the intermediate wave (4) could take the form of a triangle. In this scenario, the minor-degree pattern consists of sub-waves A-B-C-D-E.

In the short term, we could wave C completes its correction on the support line, i.e. near 0.6390.

After the completion of wave E, NZDUSD can be expected to rise in the final wave (5).

Are Silver Bulls Ready To Strike?

Euro Back At Technical Support, But Can It Hold?