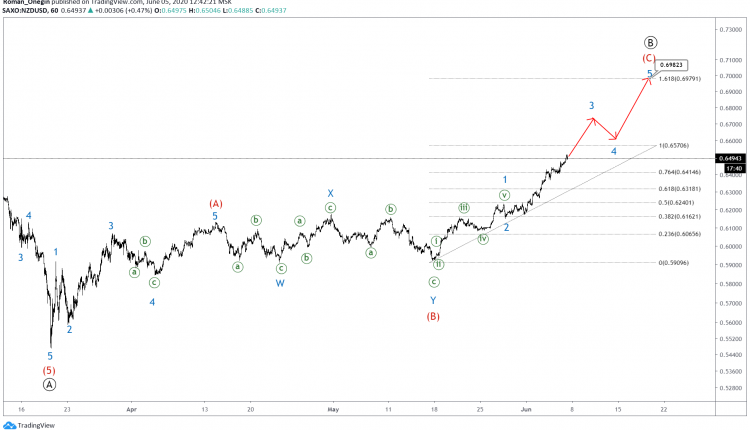 NZDUSD seems to be developing a bearish Ⓐ-Ⓑ-Ⓒ zigzag of the primary degree. Wave A formed a 5-wave impulse pattern, whereas wave Ⓑ seems incomplete.

At the target level, intermediate wave (C) will be at 161.8% Fibonacci extension of wave (A). 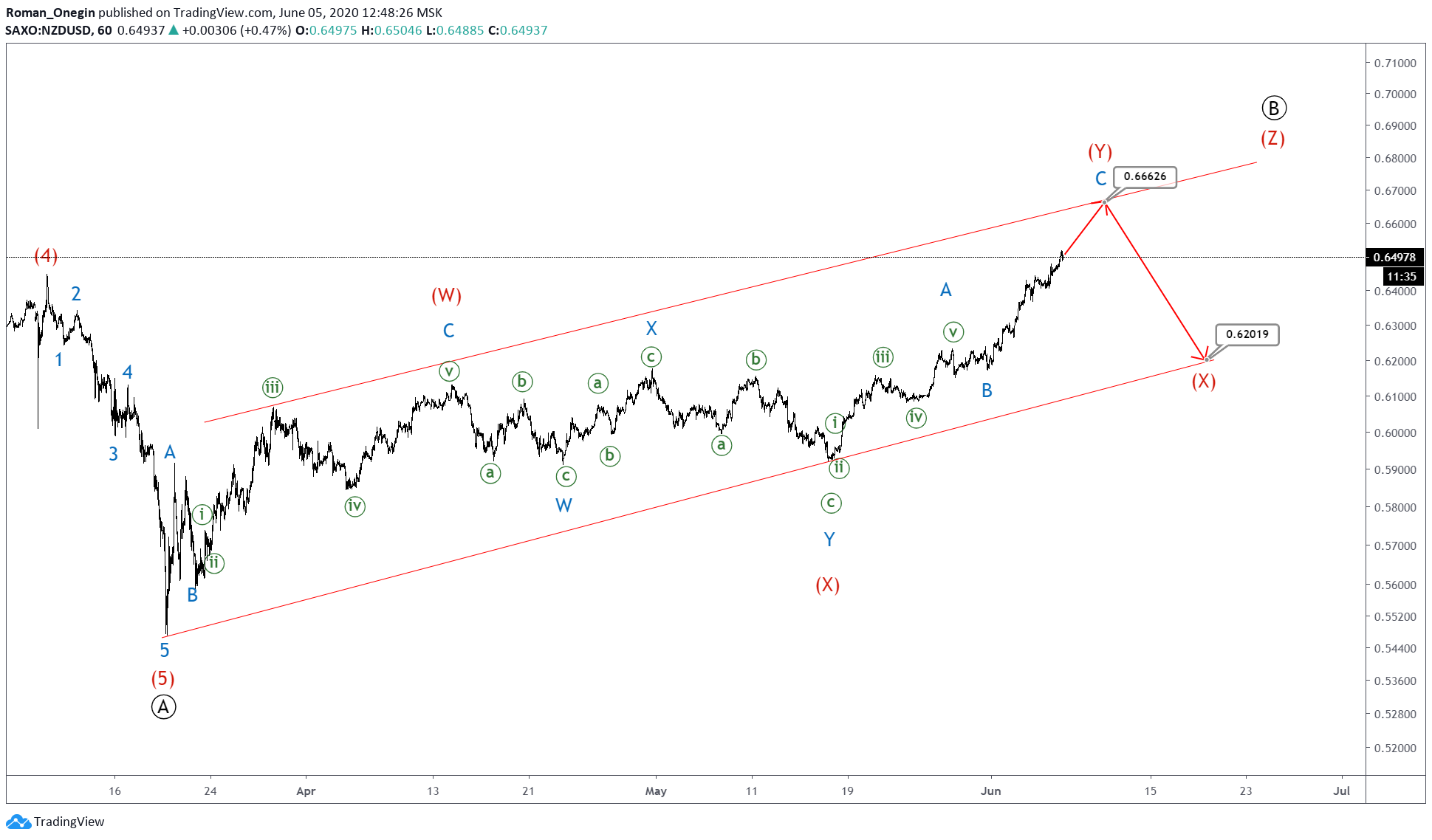 An alternative scenario suggests that primary Ⓑ correction could turn into a triple zigzag pattern.

Thus, in the short term, we expect prices to rise in wave (Y) near the 0.666 area. The target is on the resistance line.

Then we could see prices decline in the intervening wave (X) near 0.620. This level is on the support line.

Euro gives back some gains on profit taking