GBPUSD holds in a range 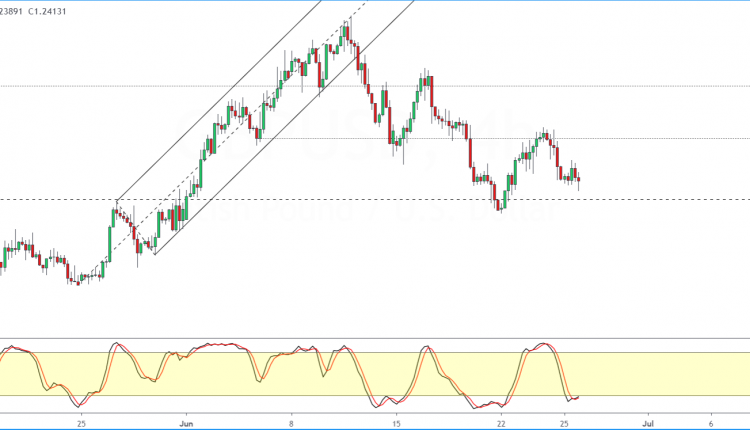 Overall, GBPUSD remains caught within the 1.2516 and 1.2368 levels. The bias is to the downside for a more firm test of the support area.

But there is a possibility for a higher low to form. This could set the stage for a breakout to the upside.

The Stochastics on the four-hour chart remains in the oversold level, which could suggest a short term move to the upside.

In any case, GBPUSD is poised to hold up if it retests the 1.2368 level of support again.