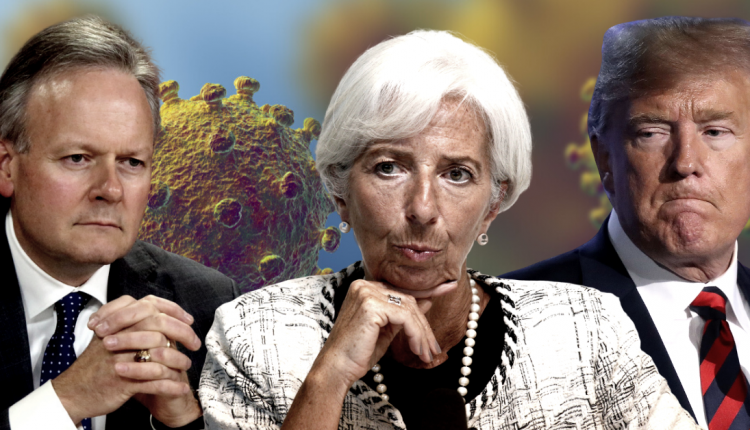 Japan’s industrial output for April fell strongly by 9.1%, according to data from the Ministry of Economy, Trade, and Industry. This was bigger than the forecasts of a 5.1% decline and comes on top of the 3.7% decline in March.

On a year over year basis, Japan’s industrial output was down 14.4%, which was also bigger than the forecasts of a 7.7% decline. In March, the annual industrial production was down 5.2%. Shipments and inventories were down strongly during the month.

Consumer prices in Germany, Europe’s largest economy fell to the lowest levels since 2016. The preliminary inflation report indicates that Germany’s inflation slowed to 0.6% in May. This was down from 0.9% in April.

The data was in line with the broader forecasts. On a monthly basis, inflation in Germany was down by 0.1%. The cost of goods fell by 0.4% while the cost of services was down 1.3%, according to the preliminary report.

Eurozone economic confidence improves in May

The economic confidence in the eurozone is showing signs of revival, after falling for two consecutive months in March and April. The Eurozone economic sentiment index rose to 67.5 in May, up from 64.9 in April.

However, it was below the forecasts of an increase to 70.3. The report underscored the fact that economic confidence is returning after businesses were shut for over a month due to the pandemic.

Pending home sales in the United States fell more than forecast in April. Data from the National Association of Realtors said that pending home sales fell 21.8% in April following a 20.8% decline in March.

This was bigger than the forecasts of a 15% decline. NAR said that the declines in April were the steepest since it began keeping records from 2001.

US Durable goods orders fall over 17%

Durable goods orders report showed a 17.2% slump in April following on a revised 16.6% decline in March. The data was somewhat better than forecasts of a 19% decline. The drop in durable goods comes as demand for goods in transportation equipment fell by over 47.3% in April.

US ISM manufacturing PMI to rebound from May lows

Later in the week, the non-manufacturing PMI or the services sector PMI is forecast to rise to 44.2. This also marks a modest recovery from 41.8 in April.

Australia’s RBA and GDP coming up

The Reserve Bank of Australia will be holding its monetary policy meeting this week. No major changes are forecast as the central bank will most likely leave interest rates unchanged at 0.25%.

Later in the week, however, we get to see the first-quarter GDP report. Forecasts are grim, suggesting that year over year growth in the first quarter will rise just 1.9%. This marks a slower pace of increase from 2.2% in the final quarter of 2019.

The Bank of Canada will be the next central bank meeting this week. The BoC is widely tipped to keep interest rates steady at 0.25%. But the meeting comes during a busy week.

Other economic reports over the week from Canada include the first quarter labor productivity report, followed by export and import data later in the week. On Friday, we will also see the monthly jobs report coming out.

ECB could expand its QE purchases at this week’s meeting

The European Central Bank will be holding its monetary policy meeting this week. Economists don’t see any changes to the ECB’s deposit rate and repo facilities. However, the central bank could announce additional stimulus measures.

This view comes on the basis of the April 30th meeting, when policymakers accepted the fact that a V-shaped recovery was off the table. The European Commission last week announced an additional 750 billion euros in bailout packages.

US unemployment rate to rise over 19%

Investors might take this report with a pinch of salt after the latest reports indicate that the labor force is coming back into the job market.